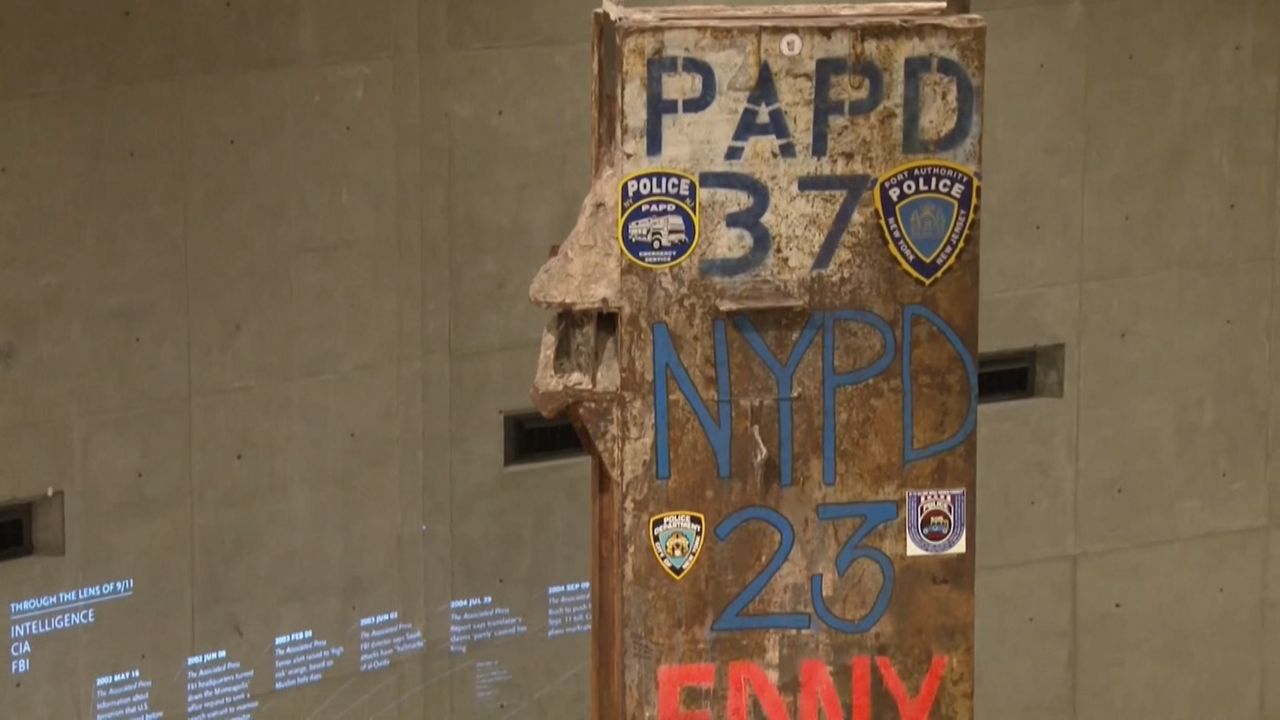 A steel beam from the World Trade Center is displayed at the 9/11 Memorial & Museum. Image courtesy of Abramorama.

NEW YORK — A new documentary on the creation of the September 11th Memorial and Museum grapples with a fundamental conflict, right there in the institution’s name.

“Memorials are built for the survivors, they’re about loss. Museums are for posterity, they’re about knowledge and understanding,” the documentary’s narrator says. “Will these crossways’ imperatives fit into the same 16-acre space?”

Now, as the city nears the 20th anniversary of the September 11th attacks, the film, called “The Outsider,” is drawing attention to alleged tensions behind the scenes at the museum.

Steven Rosenbaum spent years following the museum’s development, with inside access. He shot 670 hours of footage, and ultimately focused his story on Michael Shulan, the museum’s original creative director. 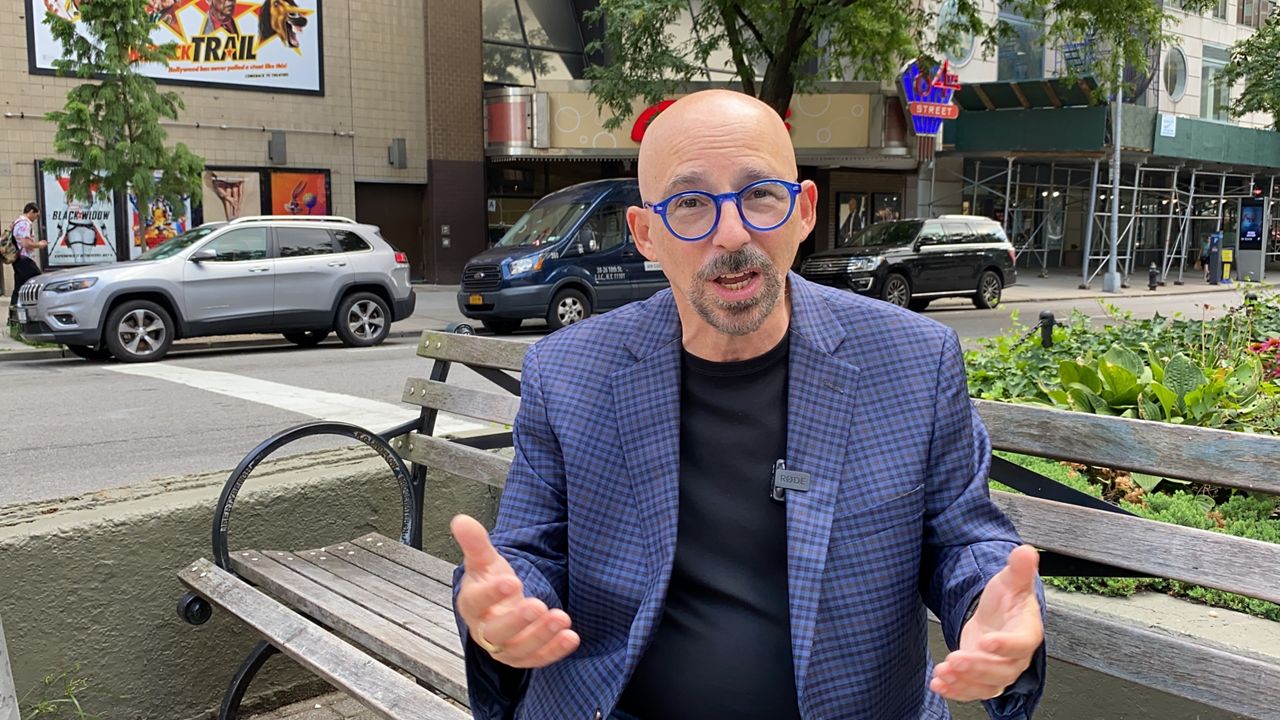 Steven Rosenbaum, the co-creator of "The Outsider," which chronicles the creation of the 9/11 Memorial & Museum. NY1/Jillian Jorgensen.

Rosenbaum says Shulan wanted to create a museum of question marks, but others in charge opted for a museum of periods.

The documentary has reignited the debate about what the museum should be and whether it adequately deals with difficult questions, like those surrounding the rise of Islamophobia and nationalism after the attacks.

“At the 20th anniversary, it feels to us like it's the appropriate time to have a conversation,” he says.

However, he discovered many at the museum didn’t want to have that talk.

“What we found, which surprised us, was how many other people felt like they've been treated by the museum in terms of being told not to speak,” he said.

The 9/11 Memorial & Museum is strongly pushing back on the documentary’s narrative. It has asked for the removal of several scenes, citing a legal agreement allowing them to review the  film for sensitive material.

“The film looks at the museum through a very specific ideological lens which we do not share. At a moment when so many institutions in the US are subject to ideological and partisan divisions, the Memorial & Museum must remain a sacred space that seeks to educate and unify. We made clear to the filmmakers that we were disappointed by many of their decisions, which we think are disrespectful towards victims and their families,” spokeswoman Lee Cochran said.

Elizabeth Miller’s father was a firefighter who died on 9/11. As an adult, she studied the Middle East and Arabic, and spent two years working at the museum. She said she was impressed by the film.

“It's almost raw and it shows, you know, these sit-down conversations about how they plan to form this museum,” she said. “I think it accurately reflects some of the gaps.”

She said while working there she too felt the tension between the missions of a memorial and a museum.

“I understand the historical significance, significance of memorials,” Miller said. “But it’s when you consider yourself a museum, that I think you have to be very careful about what narrative you're including.”

At times, she says she’s felt like an outsider at the museum herself because of her decision to “lead with peace” and study the Middle East.

“It doesn't feel like my thoughts and my viewpoints can be included in the museum — and not just the museum, but in any 9/11 space,” she said.

She acknowledges that not all 9/11 families will agree with her, but says she thinks her viewpoint should be considered.

“I know firemen who don't want to go there because the man-down beeper plays on repeat. And that is like the worst sound for me,” she said. “I think there's a way that the museum could figure out to make it a better space for all people, and to make sure that they're, you know, relaying all parts of history, and even the complications.”

Rosenbaum, the documentary co-director, says he talks to New Yorkers all the time and many of them haven’t ever been to the museum.

“The overall experience is essentially overwhelming, and I think that that was a decision that was made — and it doesn’t have to be that way,” he said.

He’s hopeful his film and this year’s anniversary will spur a conversation about the museum’s future.

“It's a good time to rethink some things, listen to some of the critics, look at your board and see if there's room for some more diversity and some more transparency on the board,” he said.