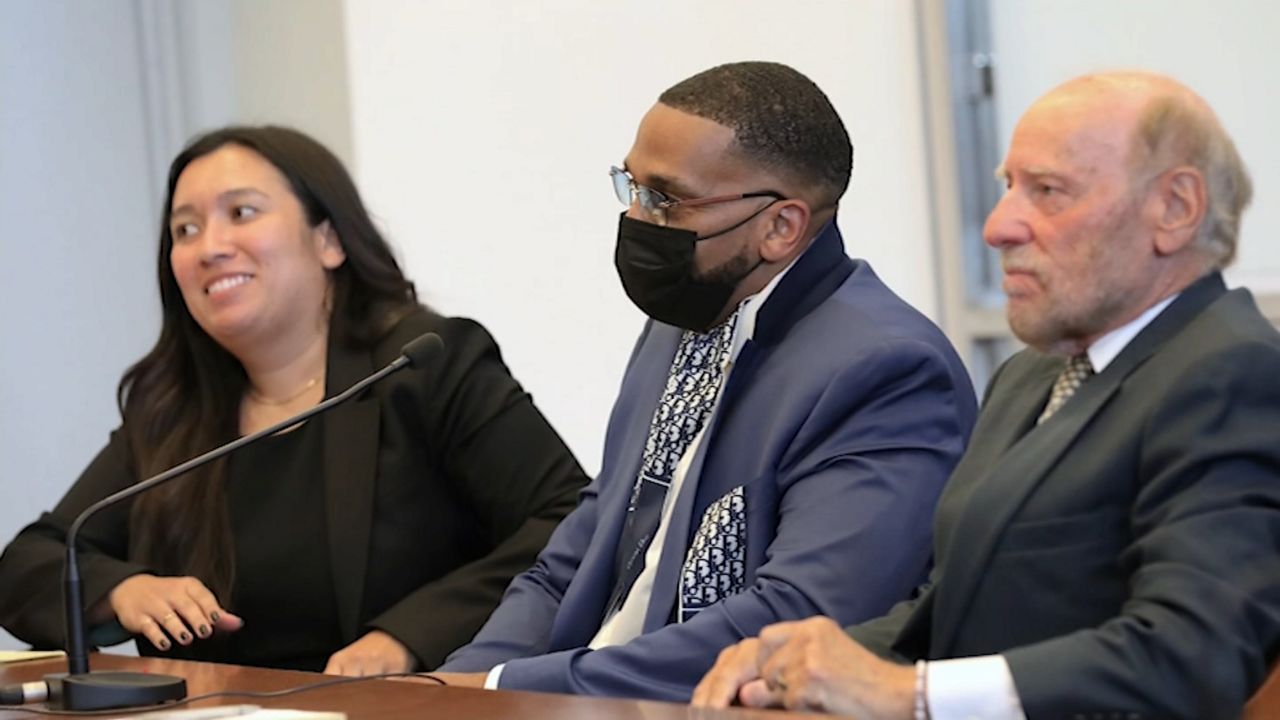 Staten Island man exonerated on murder charges, a first in the borough

STATEN ISLAND, N.Y. — It was a historic moment on Staten Island Thursday as Grant Williams was exonerated after being wrongfully accused of murder in 1997.

"I used to tell everyone in prison that I’m innocent. They used to tell me, ‘Everybody says that,’” Williams said. “I said, ‘I’m telling you the truth, one day you’re going to see me on the news and they’re gonna see that I was innocent.’”

Today was that day for Williams. He was convicted of second degree murder, but he is now an innocent man.

McMahon agreed to vacate the conviction of Williams. It is the first wrongful murder conviction to be successfully brought on Staten Island. In 1996, Shdell Lewis was shot and killed outside the Stapleton houses. Williams was charged and spent 23 years behind bars in what his attorney calls a case of false identification.

"In this case, there were only two witnesses who identified Grant at trial and ironically one of them was a police officer,” said Williams' attorney, Irving Cohen. “As you heard, he described the killer in a matter that was incredibly at odds with the physical appearance of Grant Williams and there was no other evidence connecting him to the murder.”

Williams never gave up the fight for justice. In 2017, his lawyer brought a list of witnesses to the district attorney's office to prove Williams’ innocence. Williams was granted parole in 2019. He said although he lost a lot of time, this experience made him a better person.

"Everybody makes mistakes. I’m not holding grudges, I’m not bitter, I’m not mad at nobody. At one time I was mad, but then as I matured, I educated myself in prison, I got my degree and I realized that mistakes happen so I can’t move forward without holding on to the mistakes and letting it ruin me mentally,” said Williams.

The district attorney said this case was really a learning experience for his office. It found that identification procedures used at the time of the murder did not meet modern standards of fair and impartial justice.

The Brooklyn District Attorney’s Conviction Integrity Unit has been operating for several years and has exonerated more than two dozen New Yorkers.

Richmond County’s Conviction Integrity Unit was established in 2019 and is funded through this fiscal year. They continue to review past convictions.

"The lessons we learned sadly on the back of the shoulders of this young man will be things that we follow every day in our office to make sure that the injustice that befalls Grant Williams does not befall another Staten Islander" said McMahon.

Grant said he wants to help in any way he can, hoping to be a positive voice in the community.

"I’m gonna educate as much people I could and try to let them do positive. The youth rather, so they don’t go through the situation I just endured. To everybody, you never know how much strength you have until it’s tested,” said Williams.