Jill Biden brings U.S. support to Olympics amid COVID fears: 'She's representing all of us'

When First Lady Jill Biden walks into the Olympic Stadium on Friday, leading the United States delegation to the games, she will not only mark a modern tradition of first ladies representing the U.S. abroad but also carry the support of the country in a year where the number of Americans in the audience is close to none.

Dr. Biden’s presence could signify more than usual this year amid rising COVID-19 cases both in the United States and in Japan, where the games are located, plus suggestions the Olympics could even be canceled after several athletes tested positive for the virus.

“In some ways, it’s even more important,” said Anita McBride, who leads the First Ladies Initiative at American University, which studies the contributions made by women in the role.

“This is a representation of the president and of the country. And there is no person who is closer to a president than their spouse,” McBride, who served as chief of staff to Laura Bush, added. “She's representing all of us and all those families who can't be there.”

It’s not unusual for the first lady to lead the Olympic delegation. Michelle Obama did so in 2012 in London, going on to open the 2015 Special Olympics in Los Angeles. Laura Bush led American representatives to Turin, Italy for the 2006 Winter Games. 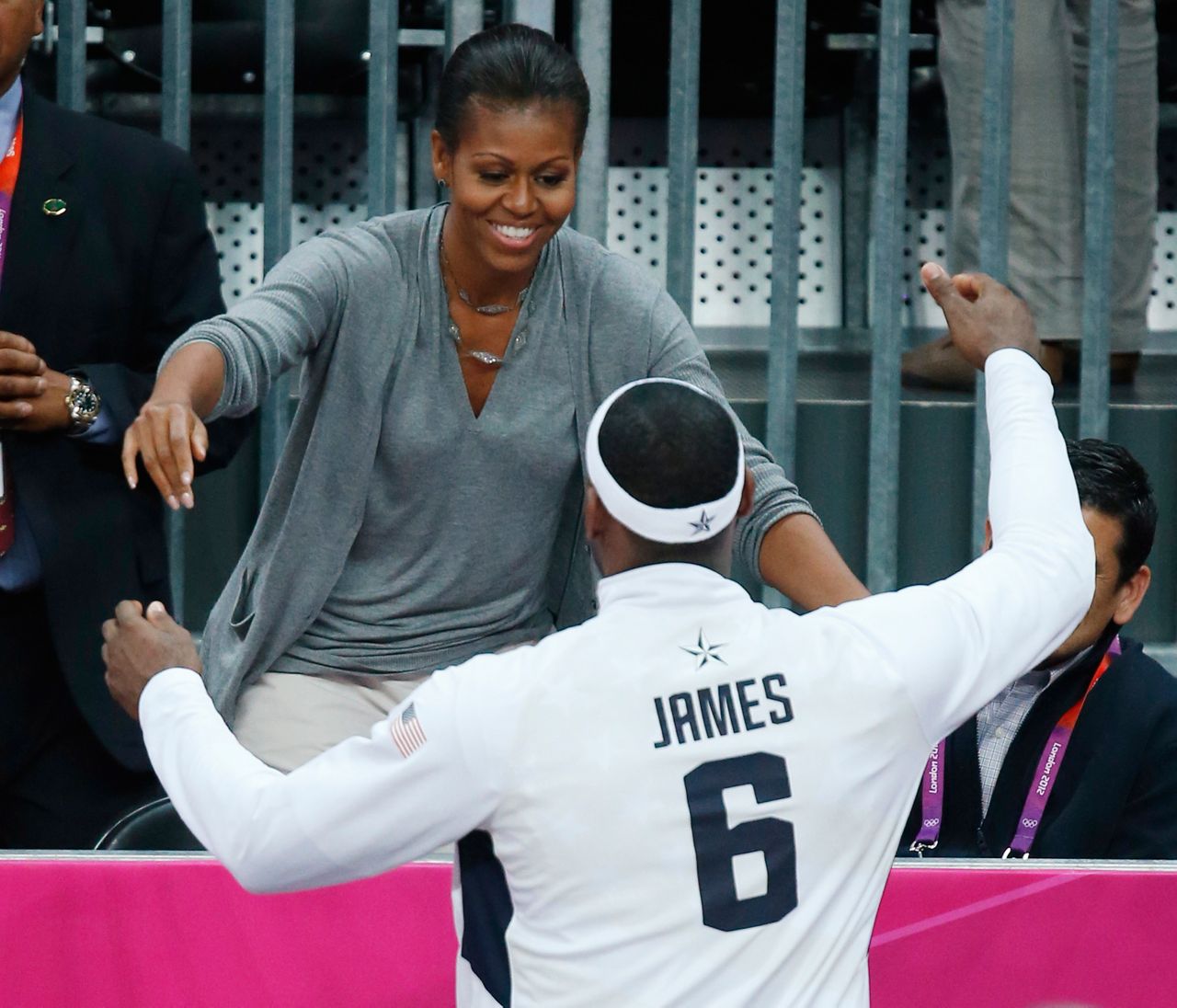 One core purpose of a first lady’s presence at the games is to directly encourage and cheer on the American athletes in the games. The 2021 Team USA is the second largest in history.

In Tokyo this year, the typical athlete meet-and-greet will be virtual, according to the first lady’s office, though Dr. Biden is expected to host a softball watch party at the embassy with diplomats and their families for the U.S. vs. Mexico game and “cheer on American athletes at several Olympic events.”

And she’s also taking part in a larger tradition of the first lady playing a role in diplomacy abroad, which dates back to Pat Nixon, who was the first FLOTUS to serve as U.S. representative to a foreign country.

“She connected with people. She was really seen as very warm and was seen as a great representative of the American people,” McBride said of Nixon. 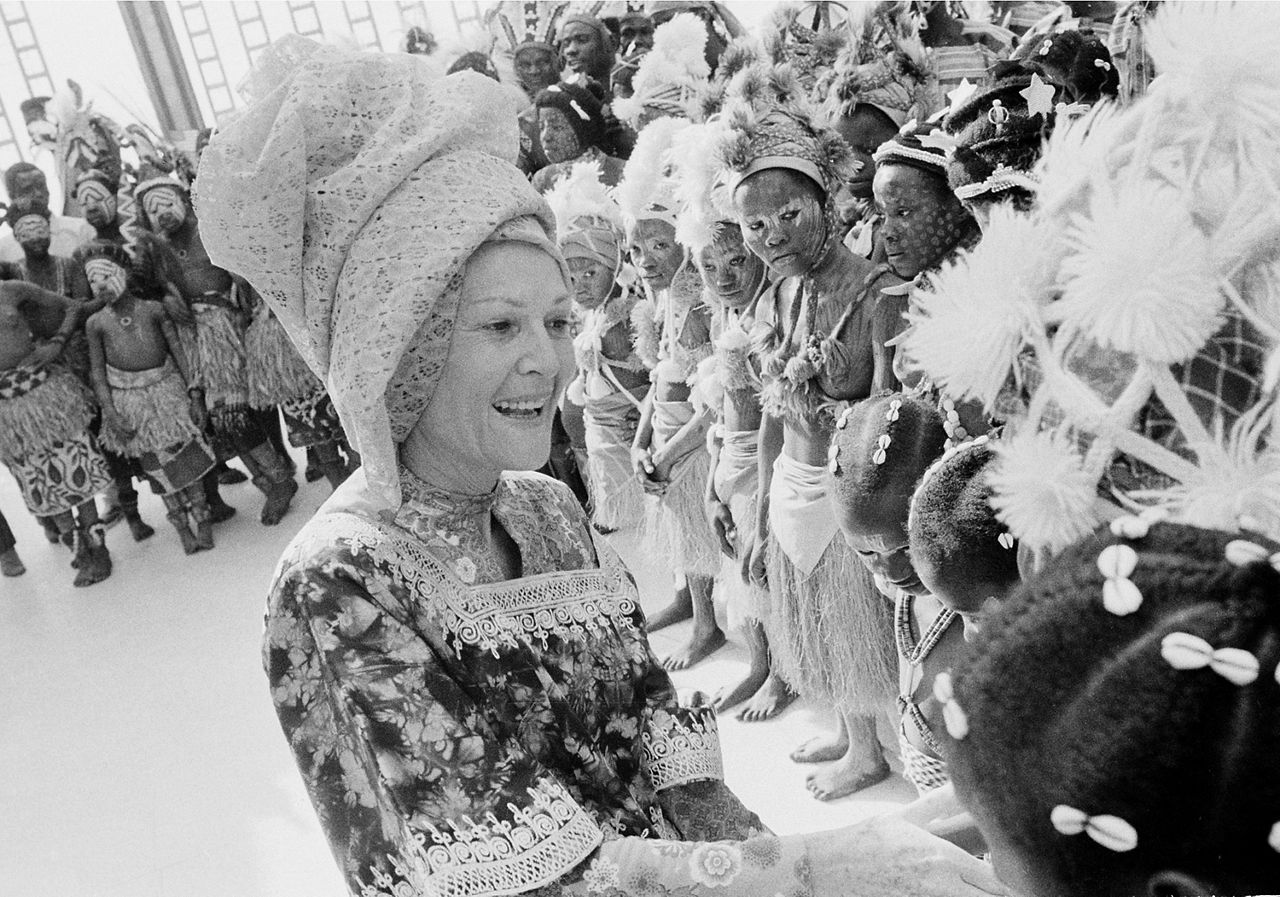 U.S. First Lady Pat Nixon, dressed in traditional Liberian clothing, greets Liberian tribal dancers at the start of a dance performance in the executive mansion in Monrovia, Liberia, Jan. 4, 1972. The first lady was there to mark the inauguration of Liberia's 17th president. (AP Photo/Harry Koundakjian)

While in Japan Friday, Dr. Biden was scheduled to hold a bilateral visit with Mrs. Mariko Suga, wife of Prime Minister Yoshihide Suga, after dining with the two Thursday evening at Akasaka Palace. She’ll also meet Emperor Naruhito of Japan at the Imperial Palace.

In Tokyo Thursday, one day before the opening ceremonies, new daily COVID cases bumped up against the 2,000 mark, the highest such figure since January.

The 2020 games — already delayed a year due to the pandemic — have been linked to 71 cases as Japan’s total virus numbers also rise, and the CEO of the tournament hasn’t ruled out a cancelation if things get worse.

Five members of Team USA have tested positive for COVID-19 so far and won’t participate in the games, along with a dozen other athletes from different teams.

Still, the first lady’s staff forged ahead with the travel after consulting with the White House medical unit before the trip, the press secretary Jen Psaki said Wednesday.

“They will have limited public interaction, and they will be taking every precaution throughout the course of their trip,” Psaki told reporters on Air Force One.

“It was important to the president and the first lady that we cheer on our athletes and show support for the United States at the highest level,” she added.

Tokyo and Olympic officials have established a strict daily testing protocol for athletes and attendees, including distancing and tracing measures and no audience. 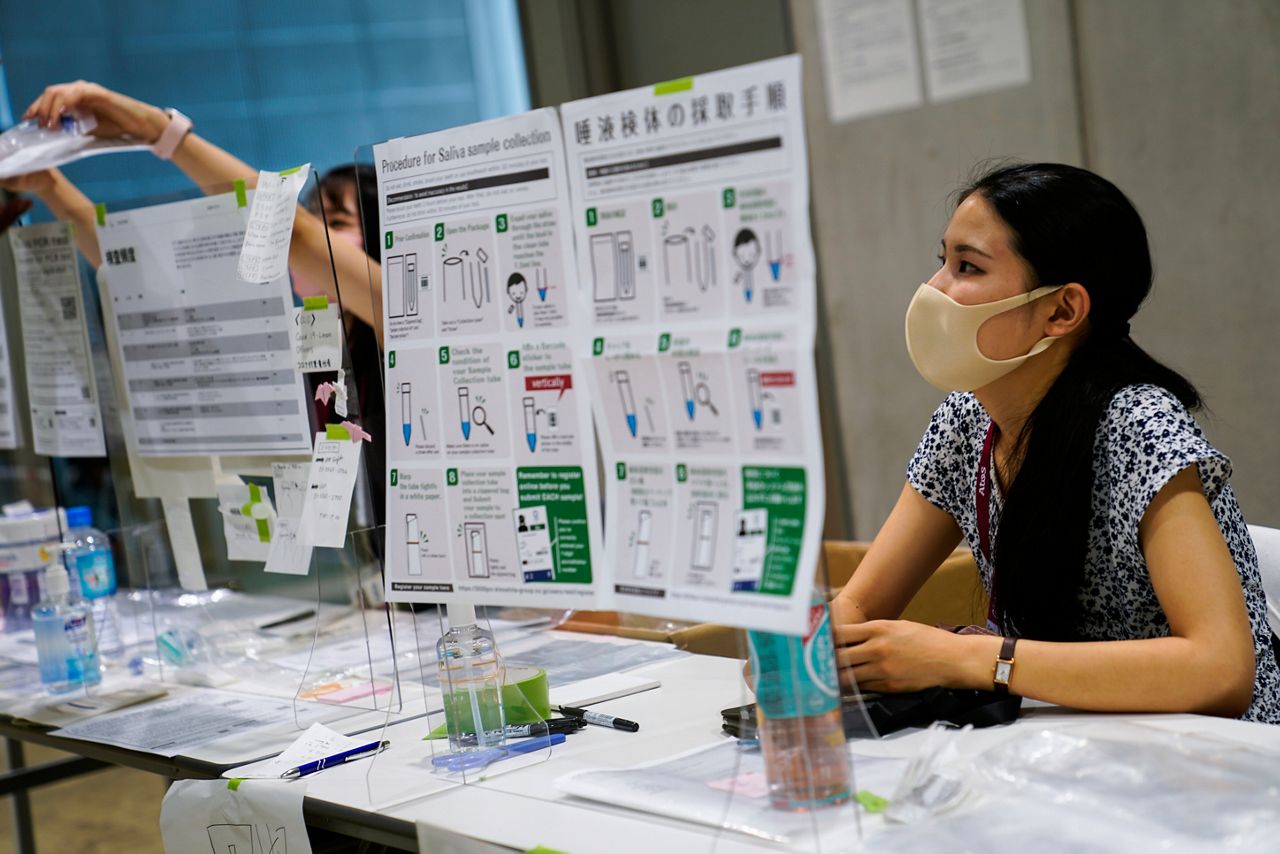 An official sits behind a plastic barrier inside a COVID-19 testing site within the Main Press Center at the 2020 Summer Olympics, Thursday, July 22, 2021, in Tokyo, Japan. (AP Photo/John Minchillo)

The Biden administration’s pandemic response is still part of the trip: the first lady will visit a vaccination clinic in Honolulu, Hawaii on her way home to the United States this weekend.

It’s rare for the president to make the trip to the Olympics, when other policy priorities are top of mind, though a few have made appearances.

Without needing to travel far, Ronald Reagan opened the Los Angeles games in his home state of California in 1984.

And in 2008, President George W. Bush attended the Beijing Olympics in a year that several other world leaders did, too.

While there, Bush initiated a conversation during the events with Russian Prime Minister Vladimir Putin, to confront him about escalating violence against the country of Georgia and Russia’s “disproportionate response,” he told NBC at the time, calling it “unacceptable.” 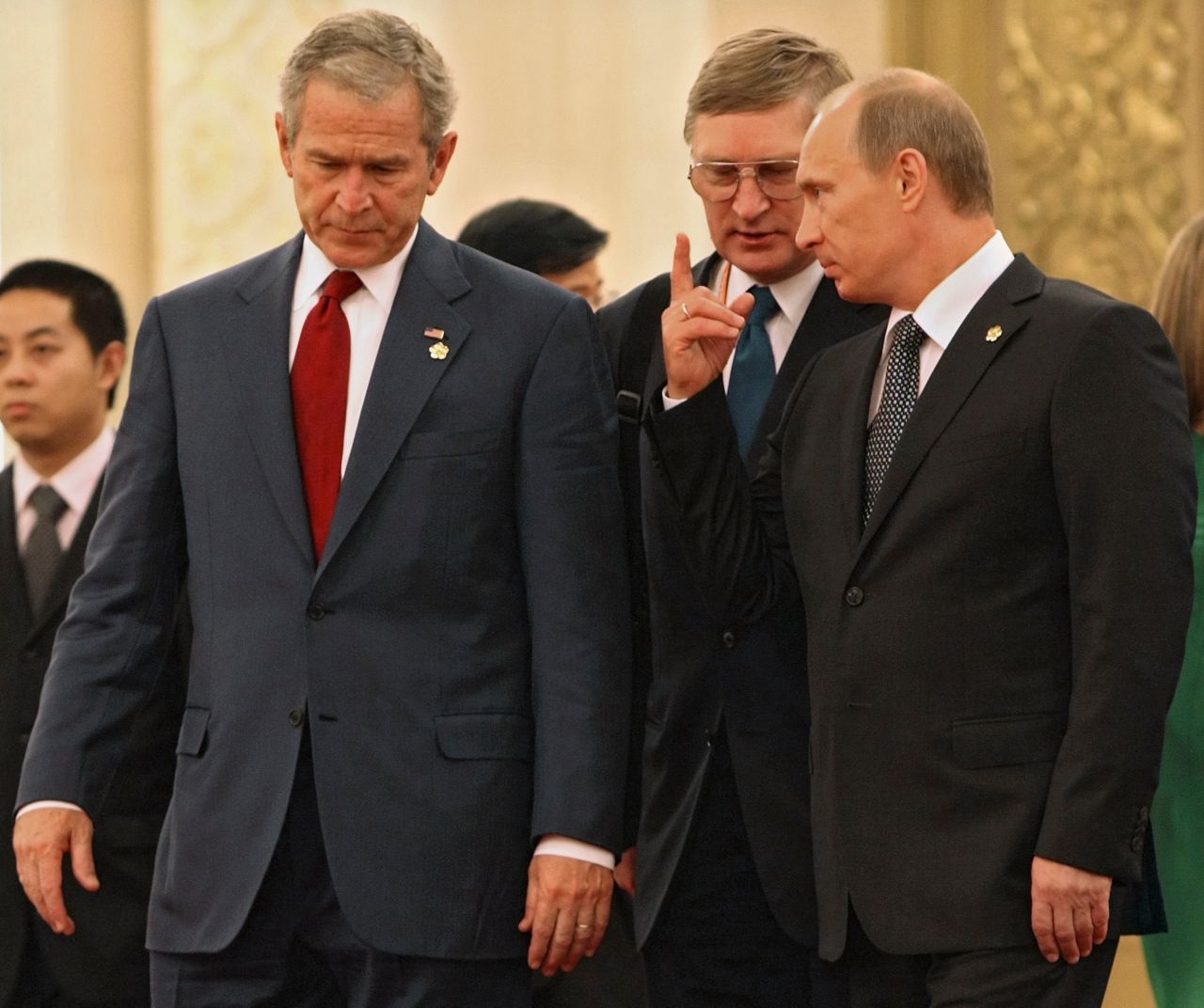 Russian Prime Minister Vladimir Putin, right, gestures as he speaks with U.S. President George W. Bush, left, during their meeting in Beijing, China, Friday, Aug. 8, 2008. The leaders were in Beijing for the opening ceremony of the Olympic Games. (AP Photo/Anatoly Maltsev, Pool)

While he is in Washington this week, it’s clear how President Joe Biden feels about the importance of athletics.

Hosting the Los Angeles Dodgers this month, he said: “We need sports more than we ever realized.”

The president added: “We see it now as fans return to ballparks and arenas all across the country, cheering on their favorite players and teams, sharing that sense of community and pride. It's a uniting feature.”