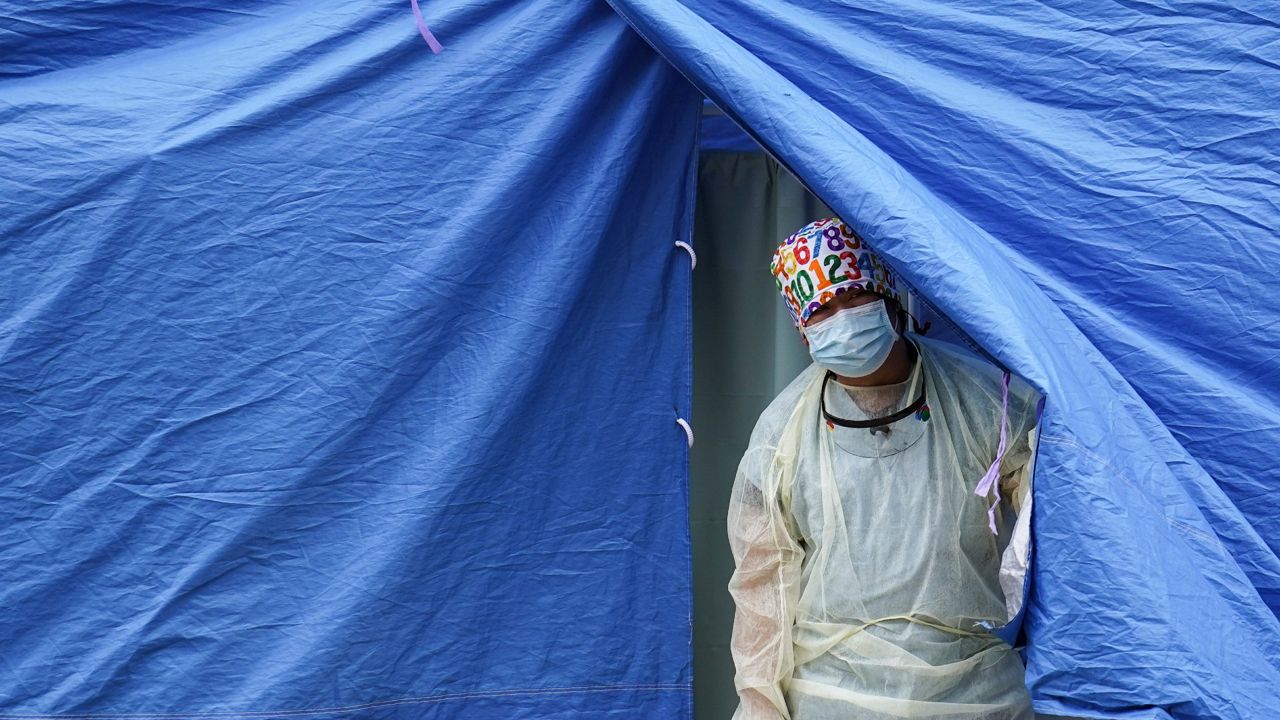 The Cuomo administration claims the death toll in New York from COVID-19 is almost 11,000 fewer lives than the count from the federal government. Photo: John Minchillo/AP/File

How many New Yorkers have died from COVID-19? The answer is very different depending on who you ask. Already facing criticism for undercounting COVID-19 deaths in nursing homes, state health officials and Gov. Andrew Cuomo are trying to explain why their death toll is dramatically smaller than the federal government’s.

The number of deaths from COVID-19 in New York State is in the tens of thousands. But while the tally is kept by both the federal government and the Cuomo administration, those numbers don’t come close to matching.

“Governors, mayors, presidents, don’t like bad news on their watch, and they try to minimize it,” explained Democratic Assemblyman Richard Gottfried.

According to the Cuomo administration, there have been a total of 43,036 deaths from COVID-19 in New York State. But according to the federal Centers for Disease Control and Prevention (CDC), the actual number is 53,780 — a disparity of 10,744 lives.

Bill Hammond of the Empire Center think tank in Albany, which has sued the Cuomo administration over data, said the state isn’t listing a complete tally.

Critics say the Cuomo administration already has a poor track record when it comes to tabulating deaths from COVID-19. In January, the state Attorney General Letitia James issued a report finding that the administration undercounted COVID-19 deaths in nursing homes by as much as 50%. The nursing home numbers are now the subject of a federal investigation.

Cuomo defended the state’s numbers at an event last week.

“We have always reported lab-tested COVID results. That’s what our reporting has always been. The CDC asks for additional information on possible, or presumed COVID deaths, which we report to them,” the governor said.

Because New York was hit so hard early in the pandemic, there were many deaths that could not be confirmed as COVID-19. But eventually, states began adding presumed deaths to the total. New York City’s Health Department began doing so more than a year ago. The disparity in New York State’s COVID-19 count was first reported by the Associated Press.