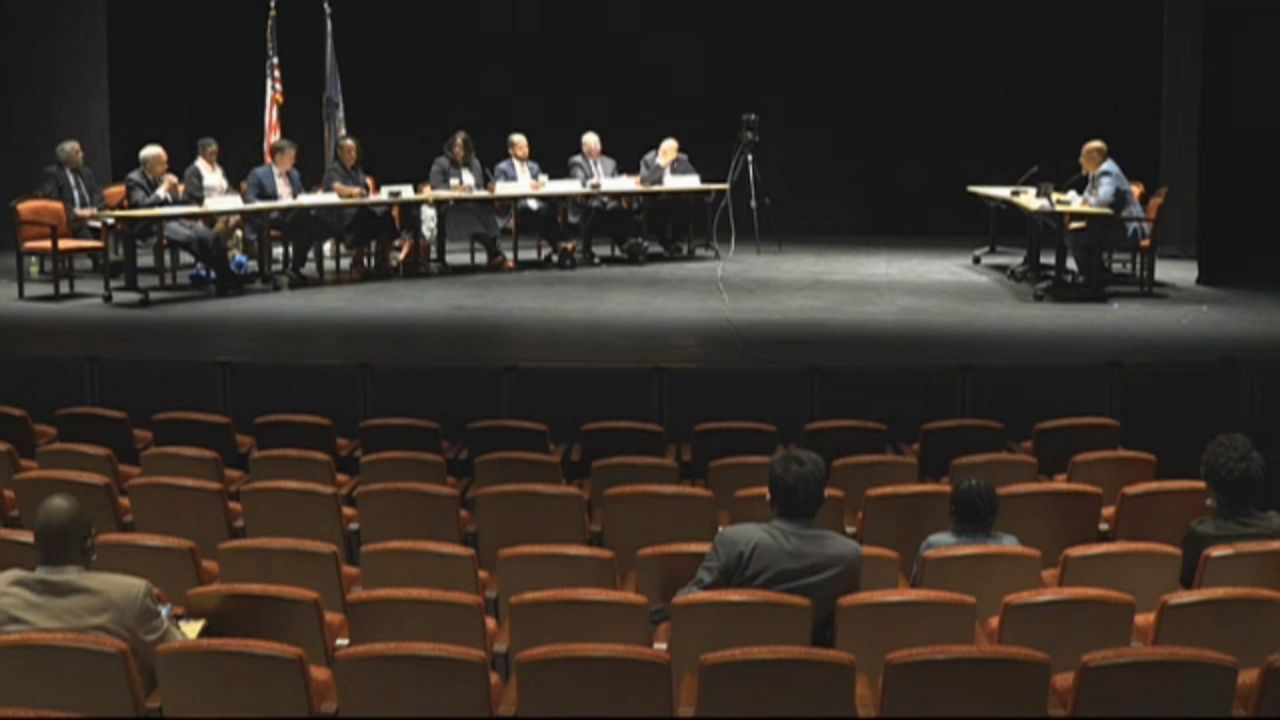 At ranked-choice vote hearing, critics speak inside while defenders rally outside

A State Assembly hearing Monday on the use of ranked-choice voting in last month’s city primaries served as a platform for longtime critics to air their grievances.

“What played out on Election Day as I observed and members of my organization, I believe, was the anticipated result of a nefarious, intentional plan to dilute the vote of African-Americans,” said the Rev. Kirsten John Foy, founder of Arc of Justice.

But some non-white supporters of the new voting method made the exact opposite case.

“It’s insulting that our lawmakers, some of our candidates, people opposing RCV are saying that, pretty much, Black people or people are color are stupid and we don’t understand RCV," said Debbie Louis, lead organizer for Rank the Vote NYC. "That is not true.”

Good-government groups rallied outside the hearing in Brooklyn in part because they believed the panels inside were weighted with those testifying against ranked-choice voting.

“It’s the establishment versus those that look like Tiffany and I, that are not nurtured by county parties to get to where we are today," Ossé said. "And they obviously use the concepts of race and gender to weaponize their attacks against ranked-choice voting.”

“Those who were out there would have been there anyway, representing or about to represent the communities that they’re going to be representing," Miller said. "So I don’t think that it is worth having a conversation about establishment and reform. That’s hyperbole.”

Ranked-choice voting won’t be used in this November’s general election or in next year’s state elections.