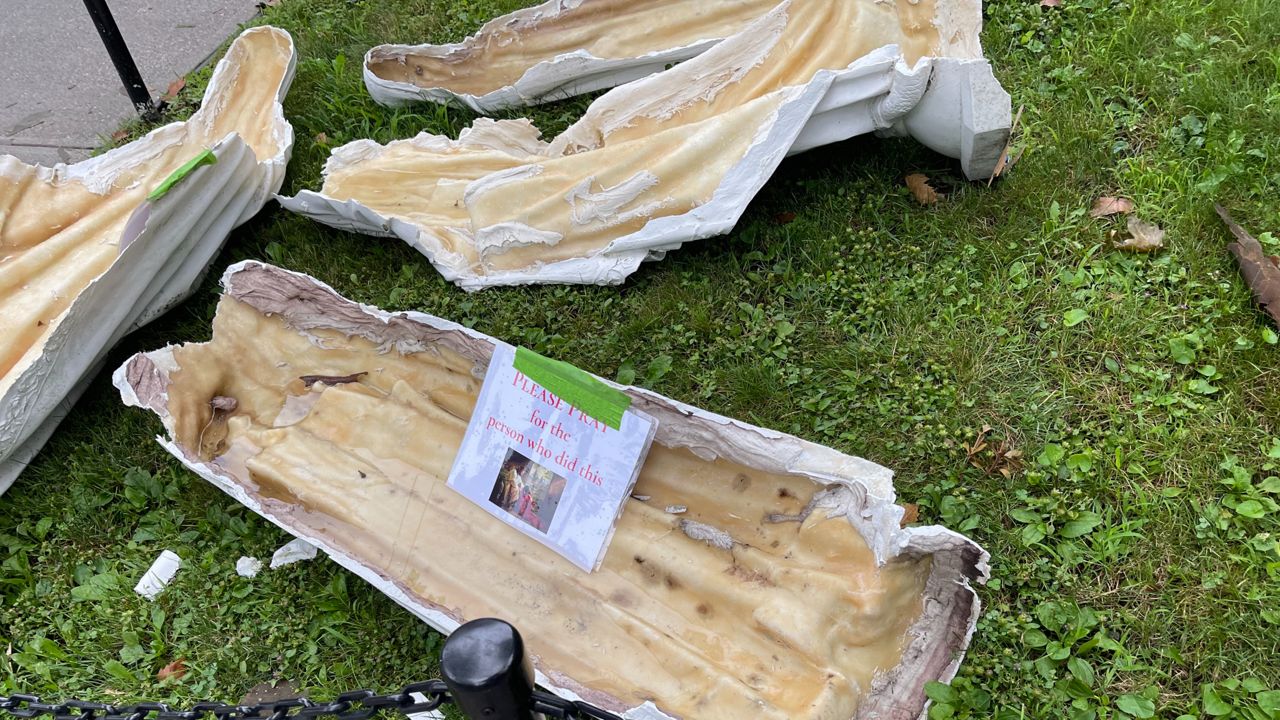 The incident happened outside Our Lady of Mercy Roman Catholic Church on Kessel Street in Forest Hills. Photo by Justine Re.

Police search for person who vandalized Catholic church in Queens

QUEENS — The search is on for the person who police say vandalized two statues outside a Queens church Saturday morning after the suspect responsible was caught on surveillance video.

The incident happened outside Our Lady of Mercy Roman Catholic Church on Kessel Street in Forest Hills.

Police say a woman grabbed two statues, one the Blessed Mother and one of St. Therese the Little Flower, and proceeded to repeatedly smash them and drag them along the ground.

The church's pastor, Father Frank Schwarz, said both statues have stood in front of the church since it was built in the 1930s.

"It is heartbreaking, but sadly it is becoming more and more common these days,” Father Schwarz said. “I pray that this recent rash of attacks against Catholic churches and all houses of worship will end, and religious tolerance may become more a part of our society."

Police released the surveillance video of the woman they are looking for. She is described as wearing all black and in her mid-20s. Police say she used a hammer to break them and they were then dragged to 70th Ave.

Father Schwarz hopes the police find the person behind this so it doesn’t happen to other churches.

His guidance to parishioners was to pray for the person who did it.

“Pray for this person,” Reverend Schwarz said. “Clearly there was a rage, she deliberately went and destroyed these things. It wasn’t enough to just topple them over, she stomped on them and spit on it."

Police say earlier this week these same statues were toppled, but not destroyed. They think it may be the same person. If you have any information, you are urged to call crime stoppers at 800-577-8477.