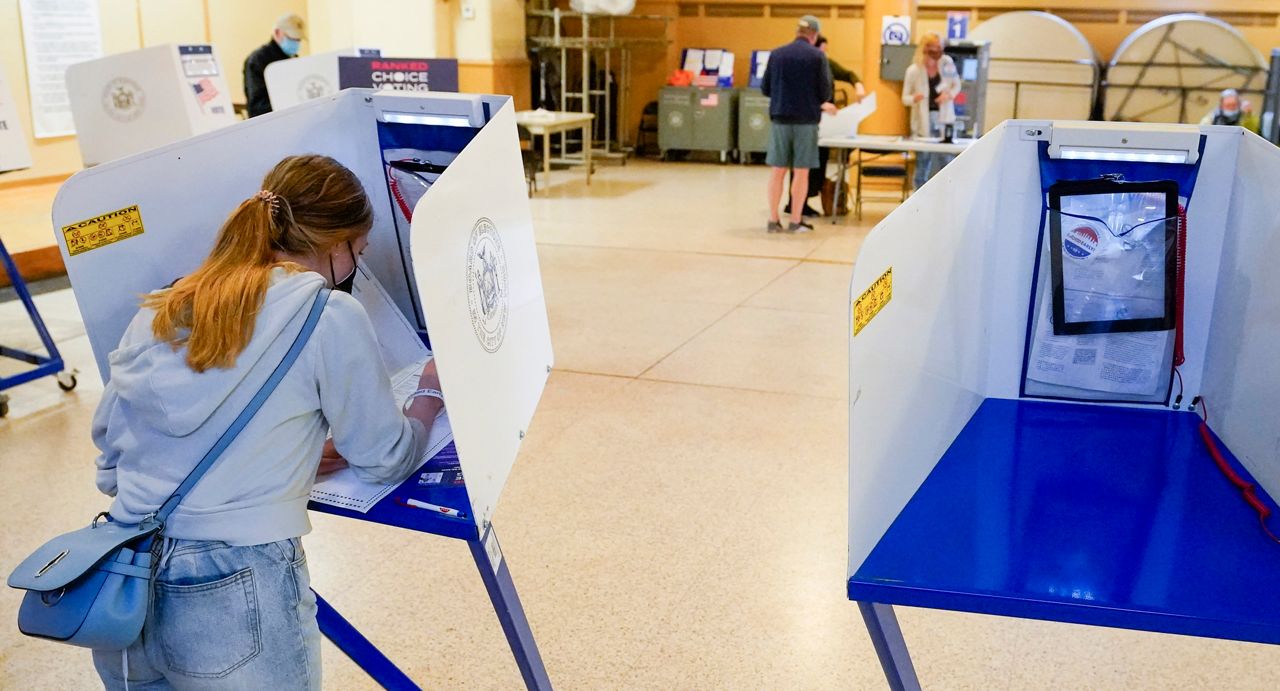 The Working Families Party wants the Board of Elections to reconsider in light of an upstate Supreme Court decision keeping candidates on the ballot line. AP File Photo.

Working Families Party candidates kicked off ballot line, and likely to be kept off

“And why I’m voting for Joe Biden on the Working Families Party line for Joe Biden,” then-Democratic nominee for Congress Jamaal Bowman said in an October ad.

But this year, in the city, almost no Democrats can run on it because of a problem with the party’s petitions.

In April, the city’s Board of Elections removed nearly two dozen candidates from the line, saying the left-leaning third party needed original, manual signatures to accompany its electronic ones.

“Even if it was notarized by remote notarization, the signatures that were submitted were not wet signatures,” Frederic Umane, president of the city Board of Elections said at the hearing.

Being limited to just the Democratic line could hinder progressives in swing districts, like City Council candidate Felicia Singh in Queens.

“We’re already going to be working incredibly hard in the next two-and-a-half months to get out the vote, but we will be working harder because we just have that one ballot line," Singh said. "To me, this is symbolic of a version of voter suppression.”

The party blames BOE dysfunction, arguing the board accepted its electronic signatures last year and rules were applied differently to another objector that day.

But the party bungled its attempt at legal action, failing to properly serve the board.

Meanwhile, at least one Democrat has secured the WFP line.

“Look, being the progressive torchbearer for the entire city of New York is not going to be easy,” joked incumbent council candidate Justin Brannan of Brooklyn.

Brannan’s petitions were handled separately from the rest.

He added: “No, but seriously, in my district, Democrats don’t win by landslides, we have to fight for every vote.”

In November, New Yorkers will be able to vote for a mayoral candidate on the Working Families Party line. There’s currently a placeholder candidate, and her replacement will be chosen at a WFP meeting next month.