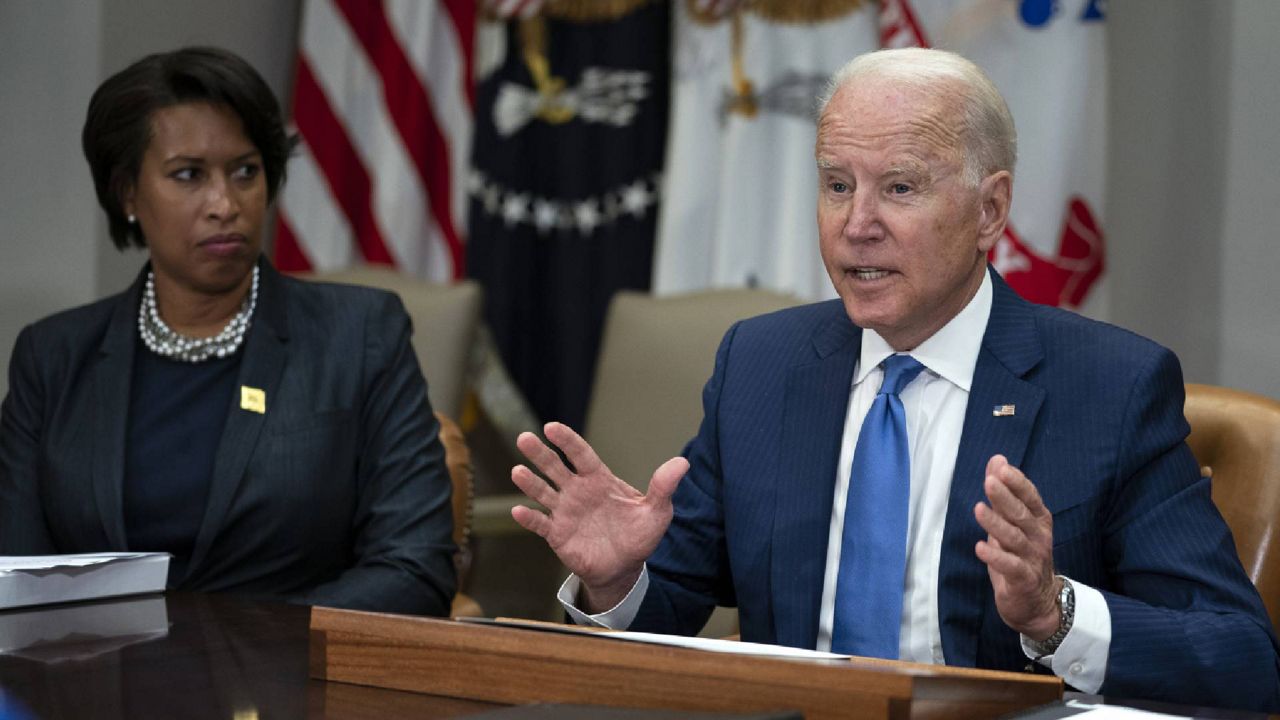 In the meeting, Biden highlighted his administration’s push to increase funding for local law enforcement to improve community policing practices through the $1.9 trillion COVID-19 relief bill he signed into law earlier this year. Some states and local governments are also using funding from that so-called American Rescue Plan to fund youth employment programs and other measures that could help curtail crime.

"We've been at this a long time. Seems like most of my career I've been dealing with this issue," the president said at the top of the gathering, looking at Attorney General Merrick Garland.

"We know there are some things that work," Biden said, outlining the crime prevention strategy he announced last month, which included the repurposing of American Rescue Plan funds as well as a push to crack down on gun trafficking and gun dealers who violate federal law.

According to a White House memo released Monday, the administration is continuing to encourage cities, counties and states to use the COVID relief funds, and officials said they have “clarified” that they can also be used for things like summer employment and violence intervention programs.

The cities represented in the meeting are already using the money “to improve public safety and expand community services,” the memo states.

Adams, who is a former police officer, later spoke with reporters, calling himself the "Biden of Brooklyn" and praising the president for his committment to the issue, saying that Biden is working to "redefine the ecosystem of public safety."

"We spend too much time looking at the role the police play," Adams said. "The prerequisite to prosperity is public safety and justice. And if we don't have them both together, it doesn't matter how many police officers you put on the street." 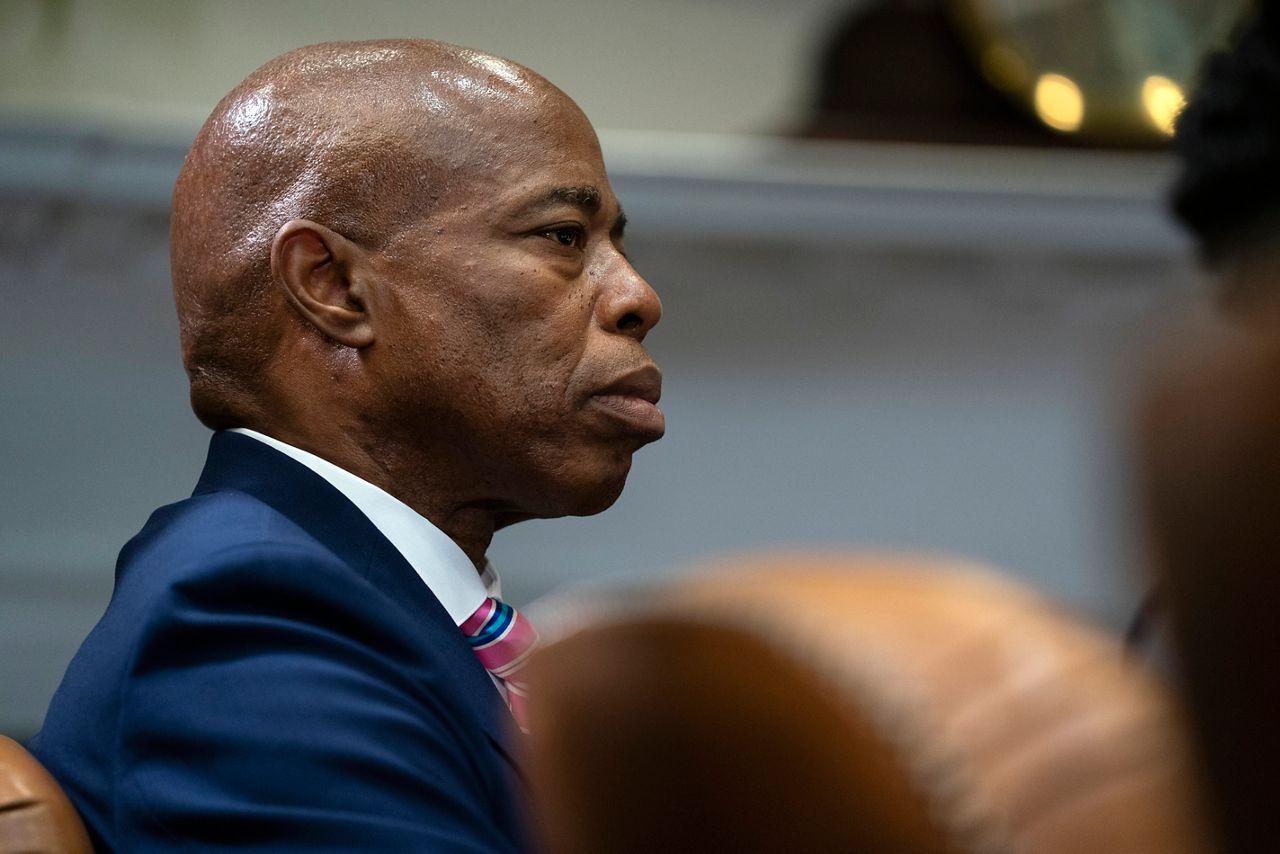 “It's about coordinating at a federal, state and local level,” President Biden said of the meeting. “We recognize that we have to come together to fulfill the first responsibility of democracy: to keep each other safe. That's what the American people are looking for when it comes to reducing violent crime and gun violence.”

The meeting comes as Biden has sought to flip the script on Republicans who have latched onto some progressive calls to “defund the police” amid a nationwide reckoning over police shootings of Black people. Biden has opposed “defund” efforts and instead has called on lawmakers to pass legislation aimed at reforming police departments, though that effort faces an uphill battle in Congress.

While the GOP has attacked Biden over rising crime, the White House is arguing that Republicans, who voted in lockstep against the COVID-19 relief bill, are the ones who tried to block increased funding for police.

Biden’s budget request to Congress also calls for more funding for federal and state law enforcement, including the Bureau of Alcohol, Tobacco, Firearms and Explosives to improve that agency’s ability to track and disrupt gun trafficking.

Last month, the president unveiled his strategy to tackle crime across the U.S., which included measures making it easier to target gun dealers who violate federal law and funding to help returning citizens find housing and work after leaving prison, plus it allowed localities to use COVID relief funds for things like hiring police officers and implementing community-based programs to prevent violence.

The bulk of the strategy relies on money already appropriated by Congress in the March relief bill, specifically the $350 billion allocated to states and localities. Each jurisdiction can decide how they use funds to address crime under the new guidance, whether that’s hiring officers or supporting teen programs.

Officials said that the COVID relief funds were applicable because the legislation was designed to help state and local governments respond to impacts of the pandemic, one of them being a rise in violent crime.

At the same time, President Biden has called on Congress to pass permanent gun control legislation. In April, the president signed six executive orders aimed at quelling gun violence, including by addressing “ghost guns,” initiating a review of possible red flag laws and tasking the Department of Justice to look at firearms trafficking.

He’s also nominated David Chipman to lead the ATF, a former special agent for the bureau who’s also a long-time gun control advocate and controversial among Republicans. He hasn't yet been confirmed by the Senate, and the vote could be split down the middle even with Democrats united.