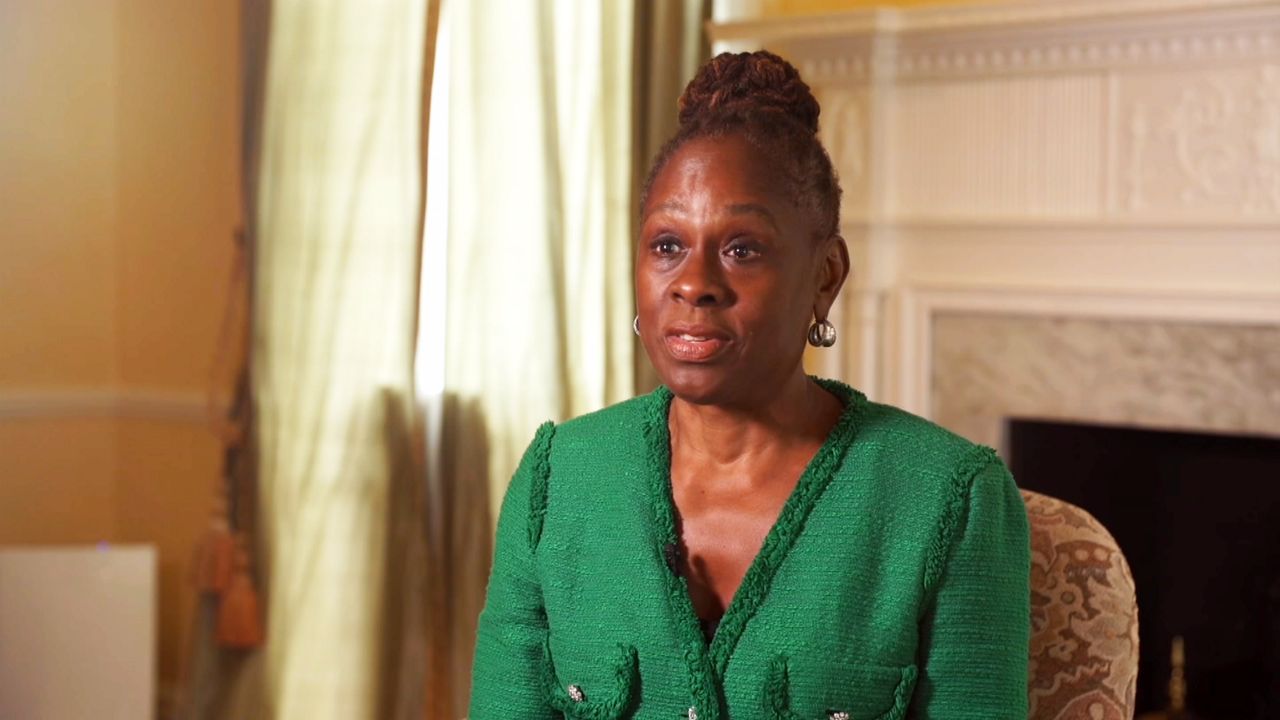 First Lady Chirlane McCray reflects on the legacy of ThriveNYC

With the aid of the city’s First Lady, Mayor de Blasio launched a massive overhaul of the city’s mental-health system in 2015. Since then, the program, known as ThriveNYC, has been a lightning rod of criticism for the de Blasio administration from critics who say it’s accomplished little while costing taxpayers millions of dollars. First Lady Chirlane McCray sat down with our National Health Reporter, Erin Billups, to defend the program and discuss some of its achievements.

At its inception in 2015, ThriveNYC was a seemingly unwieldy 54 initiative program. Refined through trial and error and a global pandemic, the mental-health effort is now focused on 30 services and has been rebranded as the Mayor’s Office of Community Mental Health.

The administration has said their approach to mental health has never been done before at this level —anywhere in the country. It’s an approach McCray says helped the city respond to the high demand for mental health services during the height of the coronavirus pandemic.

“We launched Thrive long before the pandemic. And we were fortunate to have an infrastructure of services that people could turn to,” says McCray. “Almost every single one of our programs continued throughout the pandemic.”

By this fall, every public school will have at least one full-time social worker on hand or school-based mental health clinic, and when 911 calls are made for a mental health disturbance, EMT’s are now accompanied by social workers — police are often called in to assist.

“We want to make sure that the mental health services are embedded and all of our city agencies wherever it's appropriate so that people have the services, where they live, where they work, where they go to school,” McCray says. “It's so important that people don't have to search for what they need, especially when they're in crisis.”

While the goals of ThriveNYC are lofty and are arguably needed, throughout its creation and expansion, many have questioned the inherent nepotism of the mayor placing his wife in charge of such a major overhaul.

McCray says she is not running the Office of Community Mental Health — Susan Herman is.

Instead, McCray called herself the program’s “most important advisor,” saying, “I don't run day-to-day programs, but I do oversee the development of the office, and make sure that we're keeping the direction, focusing on communities.”

Much of that focus has been on communities of color, where many New Yorkers often lack safety nets, specifically the money and resources to cope in the face of mental illness.

Some critics have said that Thrive focused too little on those with serious mental illnesses.

As the city pulls out of the pandemic’s fog, many of those critics point to what appears to be a growing number of homeless and mentally disturbed people wandering the streets and subways.

“One of the main reasons we started Thrive was because of stigma. And people did equate mental illness with homelessness, which is so wrong,” says McCray. “Most people who are homeless don't have a mental illness. They're homeless for other reasons.”

McCray says they are working to help those very people, by connecting them to services rather than placing them in psychiatric wards.

“There are people who need supportive care. They need supportive housing, for example, where there are services available where they live, to be able to function. But that doesn't mean a hospital. Living in a hospital, that model of institutionalizing people is kind of outmoded.”

The mayor’s most recent budget deal includes another $115 million in mental-health spending, an effort McCray says to respond to the mounting mental health care needs of city residents after months of uncertainty and trauma brought on by the pandemic.

Well over a billion dollars has been spent on these mental health programs, and one of the main criticisms lobbed at the de Blasio Administration and McCray particularly.

McCray argues that Thrive’s impact could not be easily measured early on because there was no data to compare it to — a problem she says the program has worked to rectify.  “Nothing had been measured in the past, so what are we measuring for? We have statistics from the very beginning. We are measuring.”

On the city’s website there is now a tool — launched last year — where you can see how many New Yorkers are using the programs. McCray says she believes history will judge her mental health programs more fairly, and counters that much of the opposition to the dollars spent on Thrive programming is rooted in ignorance and bigotry.

McCray says her hope is that the Office of Community Mental Health, created via an executive order, continues long after she leaves Gracie Mansion, but also admits the rebranding was an effort to move away from the negativity surrounding the “ThriveNYC” moniker.

The First Lady has also been working with local leaders from municipalities across the country, part of the Cities Thrive Coalition. It’s a national effort to address mental health stigma.

“We have elected officials or health commissioners or both, in more than 200 cities, who share information, share best practices, get together and talk about what they're doing so that they can duplicate each other's programs,” says McCray. “Why start from scratch when other people are already out there doing work that has not up until now been championed by the federal government.”

When asked whether she plans to continue working with the national coalition once she leaves Gracie Mansion, McCray says she is too focused on the present needs of the Office of Community Mental Health to say what will happen once her husband leaves his post. She says the Cities Thrive initiative was started in response to a lack of guidance coming from the Trump Administration, but she is hopeful there will soon be more mental health support for cities under the Biden Administration.