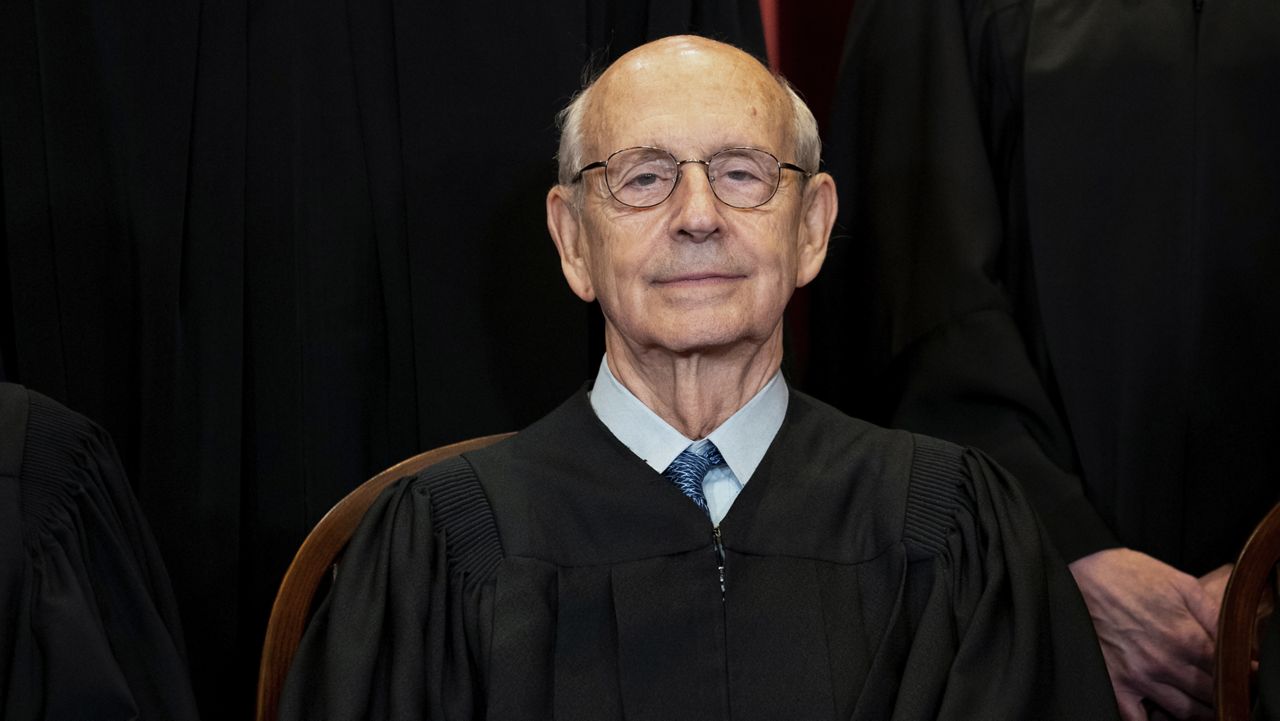 As the Supreme Court’s current term comes to an end, one major decision hangs in the balance that isn’t the outcome of any particular case — whether or not Justice Stephen Breyer, the high court’s oldest member, will retire.

Progressives are calling for the 82-year-old Breyer, who was nominated to the bench by President Bill Clinton in 1994, to immediately step down, allowing President Joe Biden the opportunity to nominate a justice along similar ideological lines while Democrats control the White House and both chambers of Congress.

“There is no question that Justice Breyer, for whom I have great respect, should retire at the end of this term,” fellow New York Rep. Mondaire Jones, the first lawmaker to call for his retirement, told Cheddar in April. “My goodness, have we not learned our lesson?”

When asked earlier this month if she thinks Breyer should retire at the end of his term, Rep. Alexandria Ocasio-Cortez said “I’m inclined to say yes.”

“I believe Rep. Jones has a point,” the New York progressive told CNN. “We have had very difficult experiences with making, I believe, the opposite mistake.”

Many progressive politicians and groups have urged Breyer to avoid a repeat of what transpired with the late Justice Ruth Bader Ginsburg, who resisted calls to retire while Barack Obama was president, and passed away in late 2020 just weeks before the presidential election. Then-President Donald Trump replaced Ginsburg with Justice Amy Coney Barrett, shifting the court’s ideological balance to a 6-3 conservative majority.

“If he were to vacate his seat during a Republican administration, that would be a nightmare,” New York Rep. Ritchie Torres said.

The calls will likely only grow louder as the 2022 midterm elections get closer, especially in the wake of Senate Minority Leader Mitch McConnell’s recent comments that should Republicans retake control of the Senate, it would be “highly unlikely” that a Supreme Court nominee picked by President Biden would be confirmed in 2024.

McConnell’s comments, which were part of a radio interview with Hugh Hewitt that aired Monday, hearkened back to 2016, when the then-Majority Leader blocked Merrick Garland’s nomination by then-President Barack Obama to fill the vacancy on the high court left by the death of Justice Antonin Scalia.

“The American people should have a voice in the selection of their next Supreme Court Justice,” McConnell said in February of 2016, shortly after Scalia’s death. Therefore, this vacancy should not be filled until we have a new president.”

Trump nominated Justice Neil Gorsuch to fill the role, his first of three justices he appointed to the Supreme Court — more than any president since Ronald Reagan. McConnell would later call blocking Garland’s nomination one of his “proudest moments.”

"One of my proudest moments was when I looked Barack Obama in the eye, and I said, 'Mr. President, you will not fill the Supreme Court vacancy,” McConnell said in a speech at an August 2016 event in his home state of Kentucky.

In response to McConnell’s remarks, Rep. Jones wrote on Twitter: "When I became the first person in Congress to call for Justice Breyer to retire now, while President Biden can still appoint a successor, some people asked whether it was necessary."

Earlier this month, a group of scholars, backed by the liberal group Demand Justice, called for Breyer to step down.

“Breyer is a remarkable jurist, but with future control of a closely divided Senate uncertain, it is best for the country that President Biden have the opportunity to nominate a successor without delay,” the group wrote.

“Anyone who still doubted that Stephen Breyer not retiring could end in disaster should pay attention to Mitch McConnell’s recent comments,” Brian Fallon, the executive director of Demand Justice, said in a statement. “If Republicans regain control of the Senate before Breyer’s replacement is confirmed, the court’s legitimacy and our democracy will be at even greater risk.”

“It is good to see even more progressive leaders step forward to say that Breyer needs to step down now to protect his legacy,” Fallon concluded.

But not all Democrats are on board with pressuring Breyer to retire.

"Justices should serve as long as they wish to serve," Sen. Kirsten Gillibrand, D-N.Y., said. "It is the job we give them, so it is their judgment."

The court still has five decisions left before ending its term, which is when justices often announce their retirement.