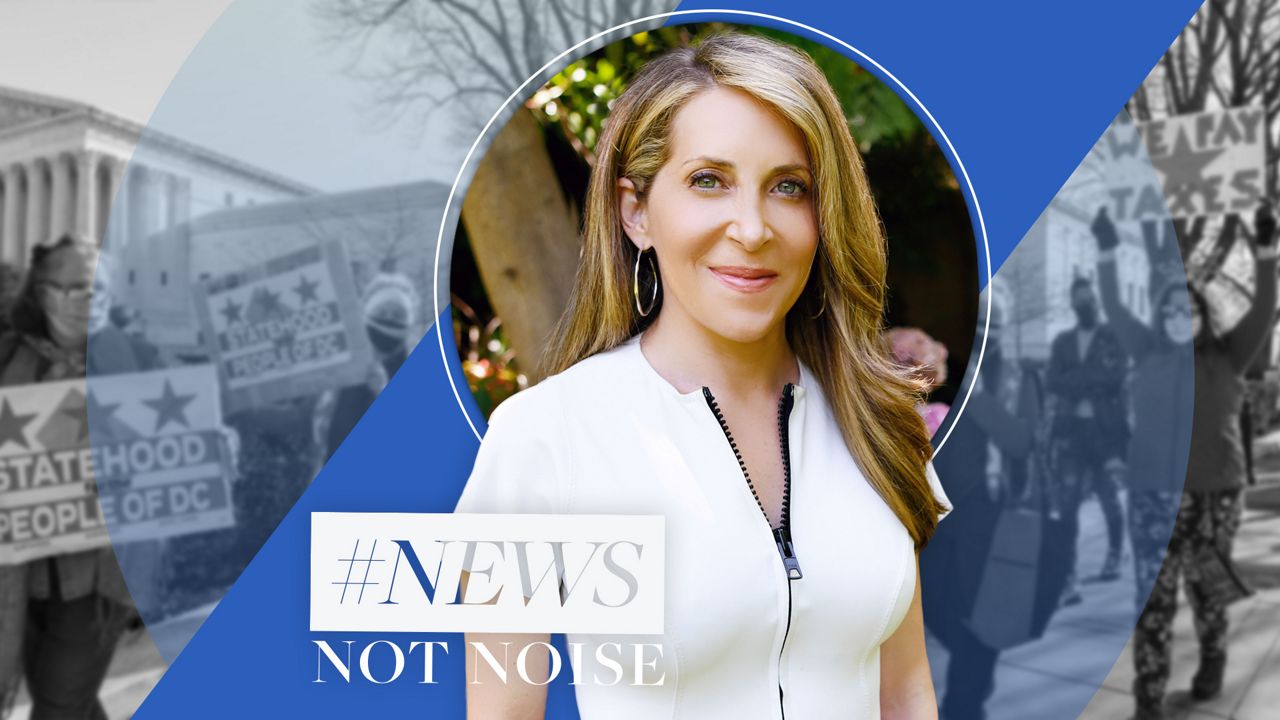 The debate over statehood for Washington, D.C., is heating up.

Johnson is among critics who argue people who choose to live in DC do so knowing they won’t have representation in Congress.

D.C. Mayor Muriel Bowser wasn’t having it, making the case that, “700,000 hardworking individuals who educate their children, start businesses and work in the District."

"It would be incorrect to say that DC residents have more of an interest in the federal government than other Americans," she added.

If passed, D.C. would be split into two: The commercial and residential areas would become the nation’s 51st state, Washington, Douglass Commonwealth, named after famed abolitionist and civil rights leader Frederick Douglass. Federal land, like the White House, Capitol and National Mall, would become a separate enclave.

D.C.’s nonvoting representative in Congress, Del. Eleanor Holmes Norton, also testified at Tuesday’s hearing before the Senate Homeland Security and Governmental Affairs Committee. While Norton can introduce legislation in the House, she’s not allowed to vote on bills that go before the full House.

“Today’s hearing, just the second Senate hearing on the D.C. statehood bill in history, made the definitive case for the bill,” Norton said in a statement following the hearing. “Despite many questions from Republican senators seeking to challenge the constitutionality of the bill and D.C.’s own ‘readiness’ for statehood, the testimony presented from Mayor Bowser and expert witnesses leaves no doubt that the Washington, D.C. Admission Act is constitutional and that the state would meet all of the financial, economic and other obligations of states.

Statehood would change that, as well as give D.C. two senators, which Republicans argue would upset the balance of power in Congress.

Democrats have been pushing for DC statehood since they took control of the House of Representatives in 2018, but Republicans have blocked the measure from getting a vote in the Senate.

In 2020, just over 92% of District of Columbia residents voted for Joe Biden and slightly more than 5% supported Donald Trump. D.C.’s population is nearly 50% Black and majority female, and Black women and girls make up the largest single demographic group in D.C., 25% of the population, according to the Gender Equity Policy Institute.

Furthermore, per the Gender Equity Policy Institute, D.C. residents pay more in federal income taxes per capita than residents in any other state, without representation in Congress.

"'Taxation Without Representation’ is emblazoned on every Washington D.C. license plate. It highlights that citizens of Washington D.C. are the only women and men in the United States who are deprived of self-government at the federal level but required to pay federal income taxes,” Mona Shah, Vice President of External Affairs of the Gender Equity Policy Institute, said in a statement. “Passage of the Washington, D.C. Admission Act would eliminate the source of one of the nation’s most egregious violations of democratic rights."

Democrats argue that ensuring they have a voice in Congress is a civil rights issue.

The bill made it through the House, and landed before the Senate for only the second time in history, but it’s unlikely to make it off the floor. Even if all 50 Democrats vote yes, the bill still needs the support of 10 Republicans to block a filibuster.

It’s unclear when the next hearing will take place.