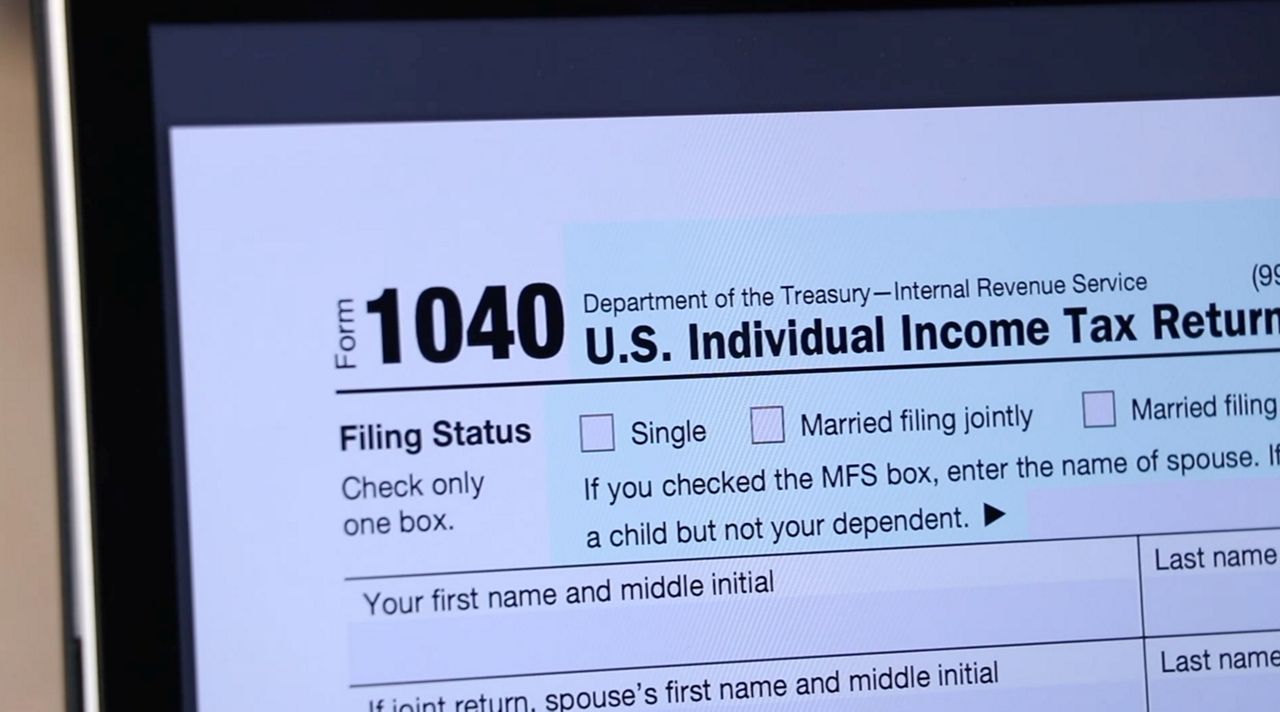 The tax deduction for state and local taxes was capped at $10,000 as part of the massive tax overhaul enacted almost four years ago. Spectrum News photo

WASHINGTON — A push to increase a tax deduction largely impacting people in high-tax states like New York and California has new life on Capitol Hill.

Sen. Bernie Sanders, who chairs the Senate Budget Committee, is floating the idea of partially revitalizing the so-called SALT deduction - at least temporarily - as part of a multi-trillion dollar spending plan, according to reports in Bloomberg and other news outlets.

Rep. Tom Suozzi, a Democrat representing Queens and Long Island, has long argued that the cap should be repealed. Asked about Sanders’ proposal, Suozzi called it a “positive development” but said he is “holding out for full repeal.”

Suozzi has threatened to hold up an infrastructure and tax package unless a repeal of the cap is included.

The tax deduction for state and local taxes was capped at $10,000 as part of the massive tax overhaul enacted almost four years ago by Republicans in Congress and then-President Donald Trump.

The burden fell disproportionately on taxpayers in blue states like New York, where property and income taxes are relatively high.

Since the cap’s introduction, Suozzi and other lawmakers have been beating the drum, calling for the cap’s elimination. On Wednesday, he rallied on Capitol Hill alongside fellow lawmakers and the leaders of firefighter and teacher unions.

“The SALT cap is anti-union, the SALT deduction is pro-union,” Suozzi said, arguing union members are hit hard by the cap.

“It’s those people who provide these services who are living in our communities, who have gotten hurt,” said Randi Weingarten, president of the American Federation of Teachers.

However, Sanders and other progressives like New York’s Rep. Alexandria Ocasio-Cortez have dismissed the idea of restoring the full deduction, likening it to a gift for the wealthy.

“I think we ought to work out a system which protects the middle class but makes it clear that the very wealthy will pay their fair share,” Sanders said Wednesday during an appearance on MSNBC.

In a closely divided Congress, where Democrats are likely to go it alone to pass at least part of their massive infrastructure plan, Democratic leaders cannot afford to lose many votes. That gives individual lawmakers a degree of leverage - and complicates negotiations in a diverse caucus.

A spokesman for Sen. Charles Schumer said the Majority Leader is working with Sanders and others to restore the deduction, noting final language is still being worked on.

“The unfair SALT cap is costing our communities tens-of-thousands of dollars that could be used to weather the pandemic, pay off debt, buy groceries—you name it. And that is why I will keep fighting to fix this problem and help our homeowners,” Schumer said in a statement.