The poll finds that he is the first choice of a plurality of likely Democratic voters, and that it would take him seven ranked-choice voting rounds to cross the 50% threshold.

According to the poll, Adams is the first choice of a little more than one-fourth of likely Democratic voters.

Andrew Yang is in second, and Kathryn Garcia and Maya Wiley are tied for third, according to Ipsos. 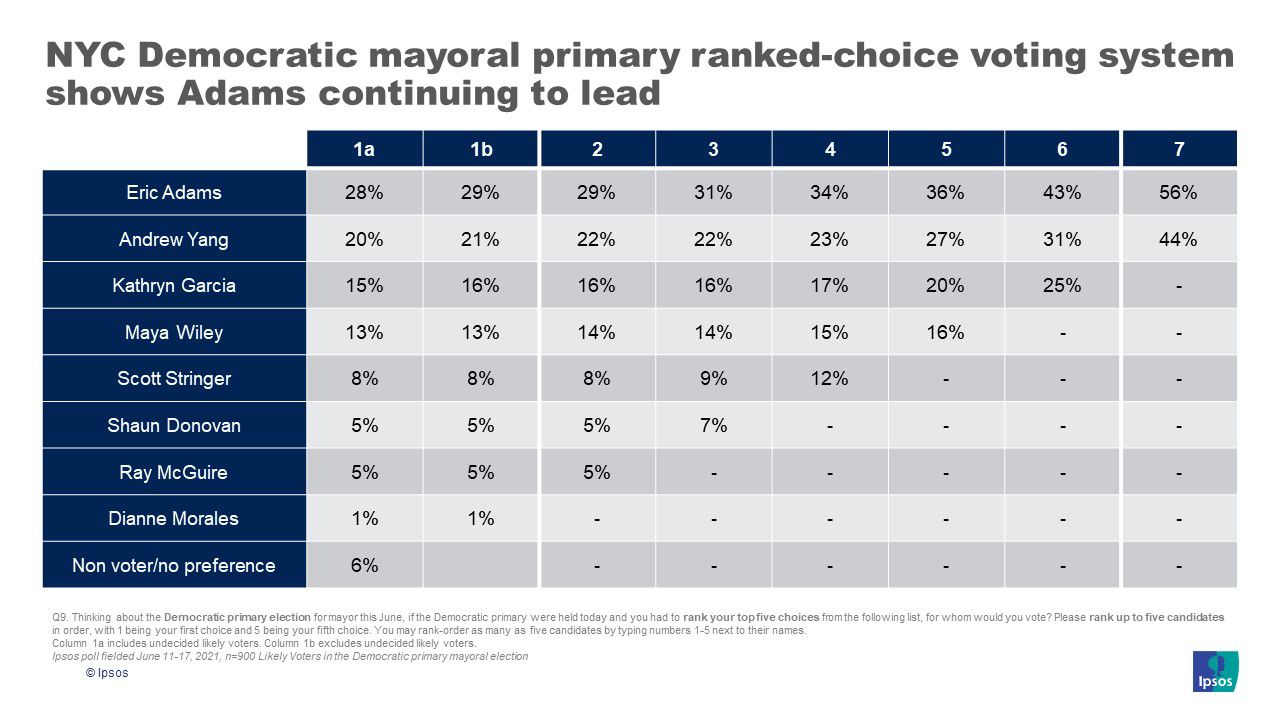 The data came from more than 700 likely Democratic voters.

The poll also finds that crime and safety remain the top priorities among voters, and Adams is viewed as the best candidate to handle those issues, according to poll respondents.

More than 80% of likely voters surveyed also say they are now comfortable with ranked-choice voting.