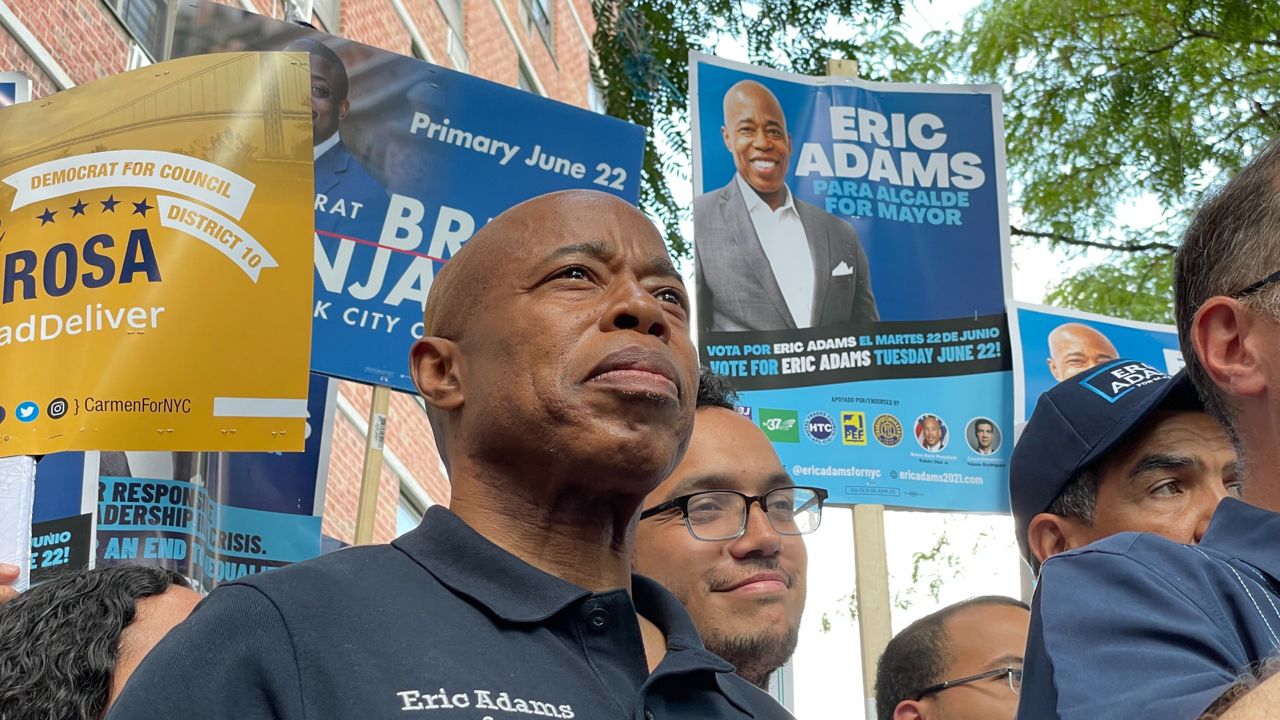 On Saturday, Yang and Garcia surprised New Yorkers by campaigning together.

“Countries and actions are about symbols. On June 19, that is when they did that. While we were celebrating liberation and freedom from enslavement, they sent a message and I thought it was the wrong message to send,” Adams said.

Even though Yang is asking his supporters to rank Garcia number two, she hasn’t returned the favor.

According to the polls, Adams is the clear frontrunner in this race, even though the new ranked-choice voting system is giving New Yorkers the chance of picking five candidates and allowing for a winner with wider support across the board.

Garcia has been surging in the polls, while Yang’s numbers have significantly decreased.

Asked whether he supported those words, which are similar to the language used by former president Donald Trump last year, Adams said, “She’s a proud woman, she has a voice of her own, I support her voice and what she’s saying. She’s a leader for our young people of our city. And I’m not getting into is that Trump-type language, we are not Trump here, we are fighters on behalf of the people of the city of New York and I’m staying focused and I’m not entertaining that right now.”

Adams campaigned in Inwood and Washington Heights on the last day of early voting, surrounded by Dominican elected officials.