NEW YORK — Connor Spence has been working at the giant Amazon fulfillment center known as JFK 8 on Staten Island for three years.

“We want to change our relationship with the company and make it less of a dictatorship there and more of a partnership," said Spence, who is a worker and union organizer.


He says 5,600 people work at the facility, which has taken on added importance to the city over the past year, as Amazon has delivered goods across the five boroughs that people have been unable to get in person because of coronavirus pandemic-related closures and concerns.

“They prefer to have a business model where they hire and fire employees extremely rapidly," Spence said.

That’s why Spence and other workers say they are trying to form an established union, the Amazon Labor Union. This is the second attempt by workers at JFK 8 to form a union. They’ve been setting up outside the fulfillment center for two months to collect signatures, but would not say how many they have so far.

“A lot of people here don’t have time for anything outside of work, they don’t have lives,” Spence said. “The pay, Amazon says it’s competitive, but it’s really not. Most people here work full time for the richest company on Earth, more than full time, and they still need a second job.”

Amazon executives have not responded to multiple requests for comment.

Chris Smalls said he was fired from Amazon two hours after holding a walkout. He claimed the company was not disclosing COVID-19 infection rates of its workers, nor was it taking proper measures to keep workers from getting infected. In early May, he helped set up a cookout for the workers of JFK 8 around the area they set up their Amazon Labor Union tent to inform workers about their rights.

In April, Amazon warehouse workers in Alabama voted against a union. Workers there claimed the company was trying to deter workers from learning more about the union. Smalls and Spence allege the same tactics are being used at JFK 8.

“They doing the same thing here,” Smalls said. “They started early with us.”

“They started putting up anti-union propaganda telling them the union is a third party," Spence said. “They’re trying to scare workers. They want workers to be afraid so that they can’t stand up for themselves.” 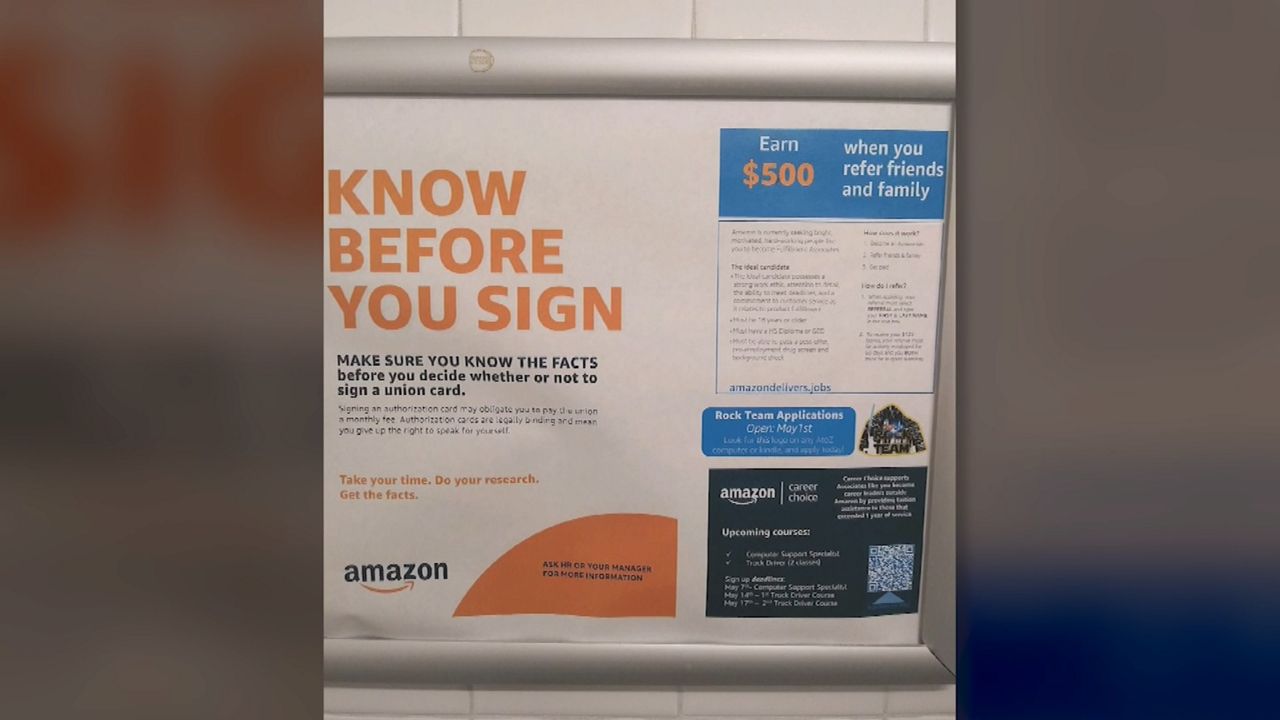 Some of the material Connor Spence said Amazon is using to scare workers. 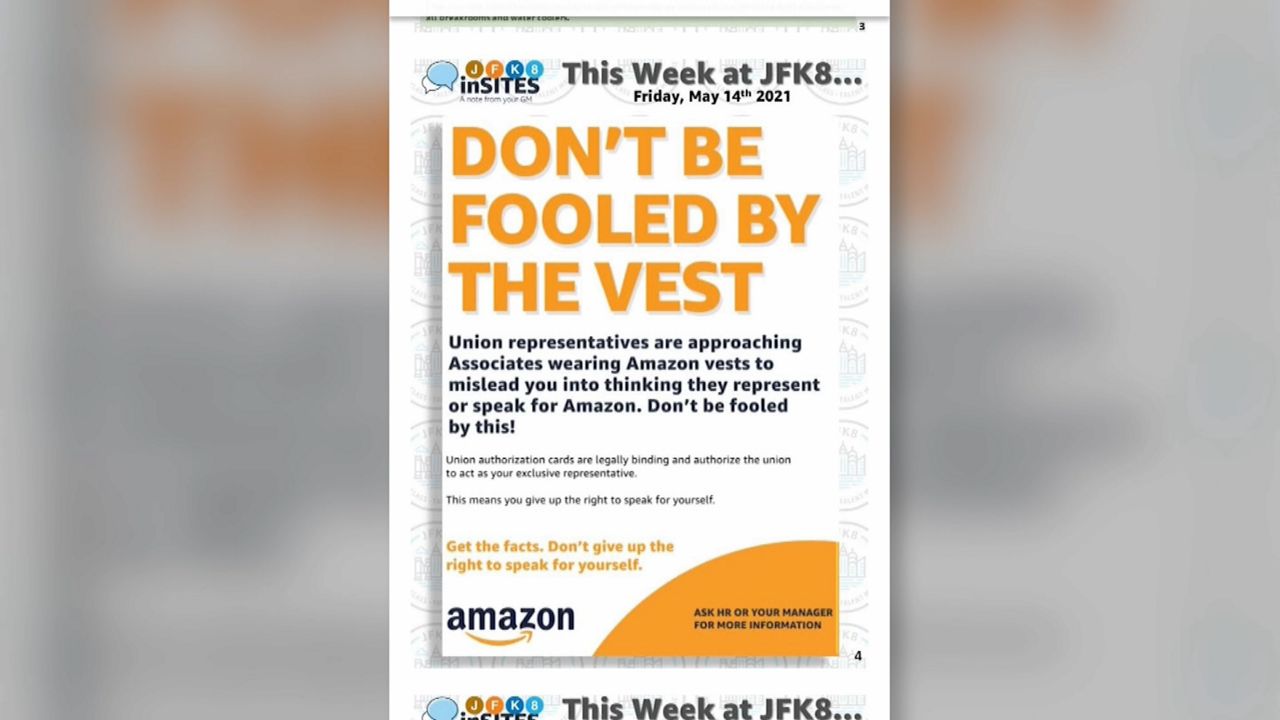 Some of the material Connor Spence said Amazon is using to scare workers.

Organizers say they are looking to vote by the end of the summer.