After almost a year away, the dancers came back in February, and remain the only NYC dance troupe to perform for a large audience in person.

The Brooklynettes have a great season alongside The Nets

Like The Brooklyn Nets basketball players, The Brooklynettes dancers start each game with a huddle.

After a year off because of the pandemic, the official dance team of The Nets returned to Barclays Center in February – and they're back with a mission.


“We are always pushing, like raising the bar and trying to push ourselves harder each game, especially coming back after being off for like almost a year,” says dancer Kia Silliman, in between a rehearsal and the performances for Game 5.

Performing with The Brooklynettes is a dream come true for all of the dancers, but especially for Kayla Cruz.  She grew up on Staten Island and was taught by her mom who runs a dance school there.

At age nine, she tried out to be on what was then the New Jersey Nets Kids dance team — she didn’t make it.

“But it was a great opportunity to be exposed to what I do now and really just inspired me,” said Cruz. “I was like, that’s what I want to do.” 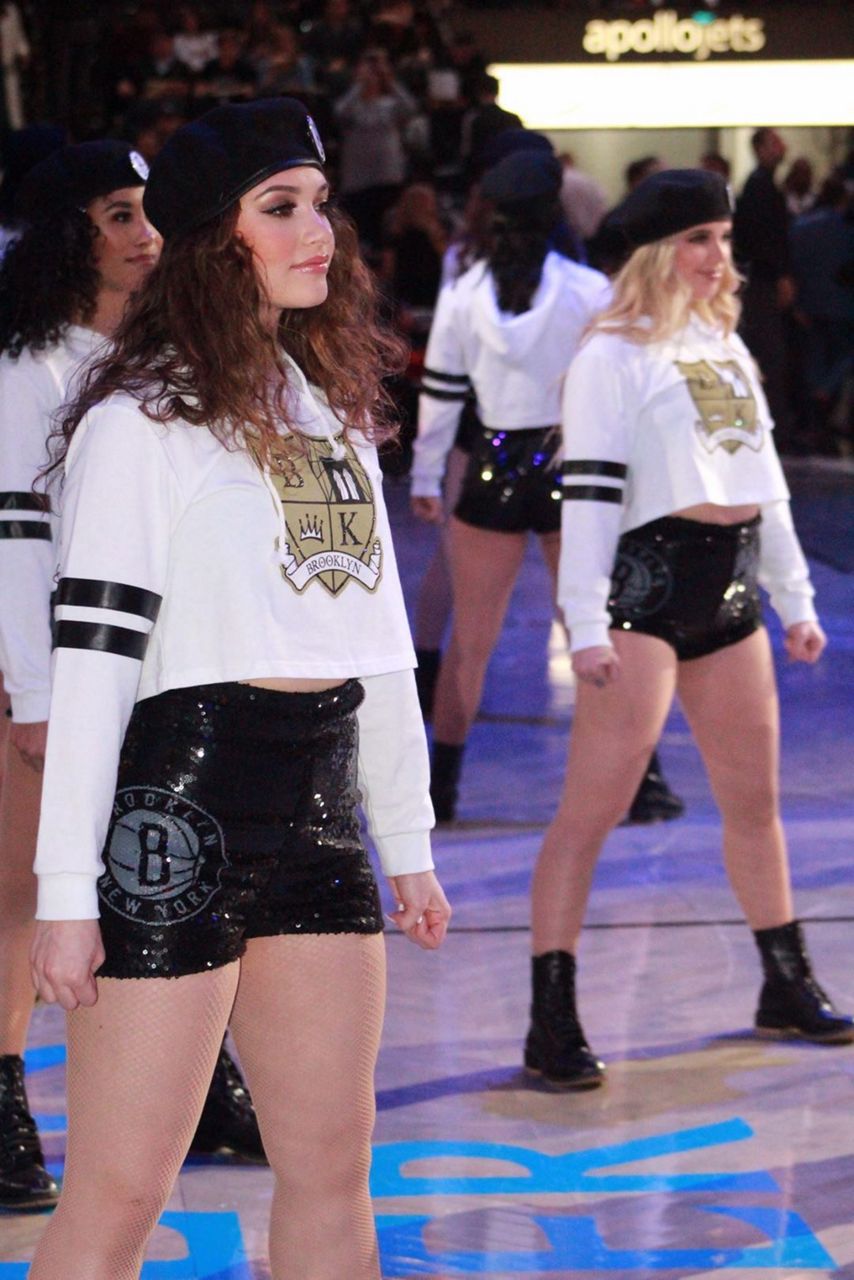 Kayla Cruz (pictured) grew up on Staten Island learning from her mom who runs a dance studio, which motivated her to try out as a dancer for The Brooklynettes.

The full-time student at Wagner College on Staten Island auditioned for the pro team in 2019 — she didn’t make it.

“But it kind of lit a fire under me,” said Cruz. “And I came back the second year super determined, ready to work hard and made the team my second year which was such an honor.”

Tryouts are rigorous as are the rehearsals and performances. They have a rotating roster of dancers — eight perform at a time. They’re not cheerleading for the team, they’re performing for the crowd.

New York City is of course the dance capital of the world and The Brooklynettes are the only dance company to perform live in front of a large audience during the pandemic.

“I think for the dance community as a whole it’s been really hard to see things close and in New York we are such a tight community, we just want everyone to win,” said Criscia Long, director of entertainment for The Brooklyn Nets. “So when these dancers found out that we could come back and have rehearsals and perform, I want to say these dancers, they had a different fire inside of them. They were dancing for everyone in New York, not just themselves.”

Fan reaction has been incredible, especially in the post season, including Kayla’s mom.

And the fans are key, for the players and the dancers.