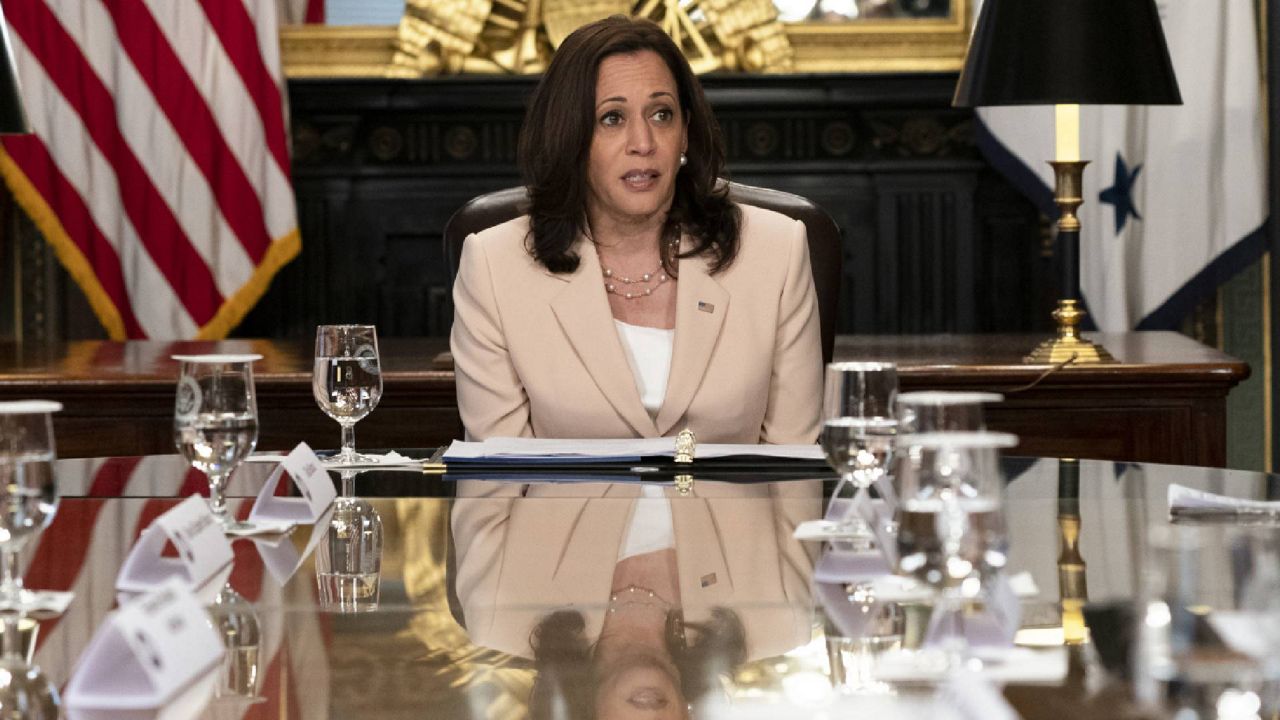 On its 9th anniversary, Washington turns focus to DACA program and Dreamers

U.S. lawmakers and the Biden administration turned their attention to Dreamers Tuesday — the ninth anniversary of the program that shields them from deportation — children who were brought to the country undocumented as minors and whose protections hang in the balance amid a pending court challenge and legislation moving through Congress that could fortify their status.

On Tuesday morning, the Senate Judiciary Committee held a hearing on H.R.6, the American Dream and Promise Act, which passed the House this year and would create a path to permanent status for hundreds of thousands of people living with temporary status, the majority Dreamers.

Later Tuesday, Vice President Kamala Harris met with a group of immigrant women who work in care professions and are members of the National Domestic Workers Alliance, including two Dreamers. The meeting, which follows the president's meeting with DACA recipients in mid-May, is part of the administration's push to create a pathway to citizenship for people who have lived and worked in the country without permanent documentation, the White House said.

While support for the Deferred Action for Childhood Arrivals (DACA) program has been bipartisan, Republicans have expressed concern over elements of the House bill, and its passage in the Senate is all but certain.

In the meantime, DACA recipients must still apply for renewal every two years in order to stay in the United States, many of them having lived in the country for more than one or two decades. President Joe Biden issued an executive order this year calling on federal agencies to “preserve and fortify” the program, actions that are due later this summer.

"This administration fully intends to do everything in our power to protect our Dreamers. There'll be no question about that," Vice President Harris said Tuesday, joined by Senators Dick Durbin of Illinois and Bob Menendez of New Jersey, both longtime advocates.

"This I say to our Dreamers: Because you are home. This is the only home you've known. And this issue is as fundamental as that," Harris added.

But outside Washington, DACA is being challenged in federal court, and a Texas judge could rule any day now on whether the program is lawful, though he’s not expected to strike it down immediately.

There were approximately 640,000 people covered by DACA as of March, according to government data.

In the judiciary panel’s Tuesday hearing, Democrats called as a witness an emergency room physician, Dr. Manuel Bernal Mejia, a DACA recipient who came to the U.S. at two years old and grew up in Tennessee.

“I knew that being accepted to medical school as an undocumented student would be almost impossible,” he testified. “While DACA has been a lifeline, only a pathway to citizenship, granted by Congress, would allow me the ability to live free from fear, safe with the knowledge that I can continue to serve my community.”

The chairman of the committee, Senator Durbin, D-Ill., opened the hearing by pointing to the thousands of Dreamers like Dr. Mejia who have worked essential jobs during the pandemic.

“It has been my honor to be the voice of the dreamers for 20 years. They have been an inspiration,” he said.

Durbin has also introduced the DREAM Act in the Senate along with Sen. Lindsey Graham, R-S.C., which would also give Dreamers the chance to earn permanent status.

But Graham himself has said that the legislation is unlikely to pass by itself, instead calling it a “starting point” for “bipartisan breakthroughs.”

On Tuesday, Sen. John Cornyn of Texas criticized the House-passed American Dream and Promise Act for its broad scope, pointing to a stipulation that could offer protection for people coming to the U.S. as recently as January of 2021.

“I support DACA recipients because they were brought here at a young age, for no fault of their own, and they know no other country,” Cornyn said.

“But the American Dream and Promise Act has completely abandoned the justification in favor of rewarding very recent illegal entries a pathway to citizenship,” he added, noting the number of people reaching the southwest border in the past months.

Cornyn said the scope of a bill to protect Dreamers should be much narrower, calling for a “clean bipartisan” measure.

The legislation considered Tuesday would also protect another approximated 320,000 people with Temporary Protected Status (TPS), those living in the U.S. due to conflict, natural disaster or other circumstances in their home country. Many of them are from El Salvador, Honduras and Haiti, and this year, the Biden administration extended TPS to people from Venezuela and Burma.

Their protections must be extended by the federal government periodically, after which TPS holders must reapply and repay fees. Many have been living in the U.S. for over a decade or more.

Support for TPS holders has also been bipartisan in the past, as well as support for undocumented farmworkers, who lawmakers have also moved to protect through legislation.