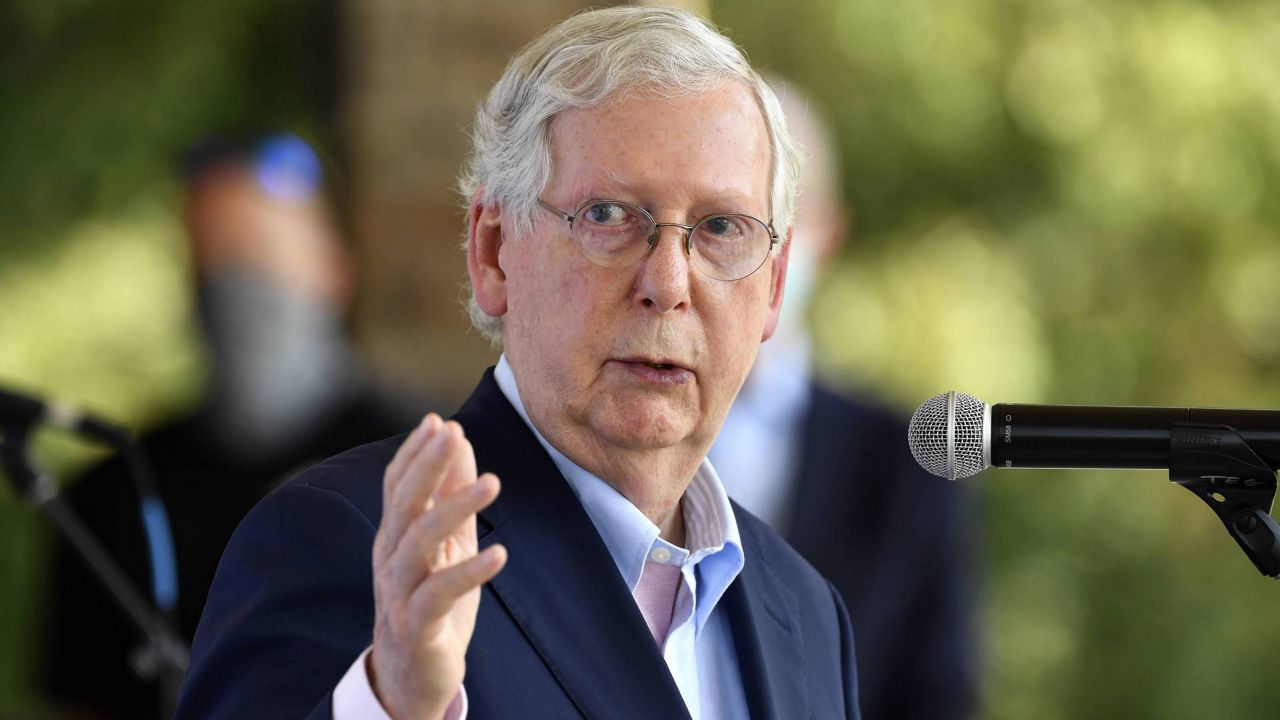 Senate Minority Leader Mitch McConnell said that should Republicans retake control of the Senate, it would be “highly unlikely” that a Supreme Court nominee picked by President Joe Biden would be confirmed in 2024.

“What was different in 2020 was we were of the same party as the president,” the Kentucky Republican said of Justice Amy Coney Barrett’s confirmation to replace the late Justice Ruth Bader Ginsburg.

McConnell’s comments, which were part of a radio interview with Hugh Hewitt that aired Monday, hearkened back to 2016, when the then-Majority Leader blocked Merrick Garland’s nomination by then-President Barack Obama to fill the vacancy on the high court left by the death of Justice Antonin Scalia.

“The American people should have a voice in the selection of their next Supreme Court Justice,” McConnell said in February of 2016, shortly after Scalia’s death. Therefore, this vacancy should not be filled until we have a new president.”

Garland’s nomination expired on Jan. 3, 2017, months after Republican Donald Trump won the presidency. Trump nominated Justice Neil Gorsuch to fill the role, his first of three justices he appointed to the Supreme Court — more than any president since Ronald Reagan.

McConnell would later call blocking Garland’s nomination one of his “proudest moments.”

"One of my proudest moments was when I looked Barack Obama in the eye, and I said, 'Mr. President, you will not fill the Supreme Court vacancy,” McConnell said in a speech at an August 2016 event in his home state of Kentucky.

Host Hewitt went on to ask what McConnell would do if a justice stepped down in 2023, over a year before the election, and Biden sent a nominee to a hypothetically Republican-controlled Senate — citing the precedent of Anthony Kennedy, who was nominated by Reagan in 1987, but confirmed by a Democratic Senate.

“Well, we’d have to wait and see what happens,” McConnell said.

Oregon Sen. Jeff Merkley, a Democrat, blasted McConnell on Twitter for his remarks.

"Of course Mitch McConnell will try to steal another Supreme Court seat if he has the chance," Merkley wrote. "We must fight with everything we've got to expand our Senate majority in 2022."

New York Rep. Mondaire Jones, a progressive Congressman who called for Breyer to retire in April, wrote to Twitter: "When I became the first person in Congress to call for Justice Breyer to retire now, while President Biden can still appoint a successor, some people asked whether it was necessary."

McConnell also said that he and his allies would get involved in the 2022 Republican primaries "if necessary."

"There’s no question that in order to win, you have to, in most states that are going to determine who’s in the majority next time, you have to appeal to a general election audience," McConnell said. "And some of the candidates who filed in these primaries clearly aren’t. I’ll be keeping an eye on that. Hopefully, we won’t have to intervene. But if we do, we will."

Former President Donald Trump blasted McConnell in a video message at a rally held by MyPillow CEO Mike Lindell in Wisconsin on Saturday, claiming Democrats would have had a much greater majority over Republicans were it not for the former president's actions.

"If it wasn't for me, right now the Senate would be 60-40 against," Trump said. "Because I made teleconference calls — they call them town hall calls — speaking to tens of thousands of people, for congressional candidates and senators."