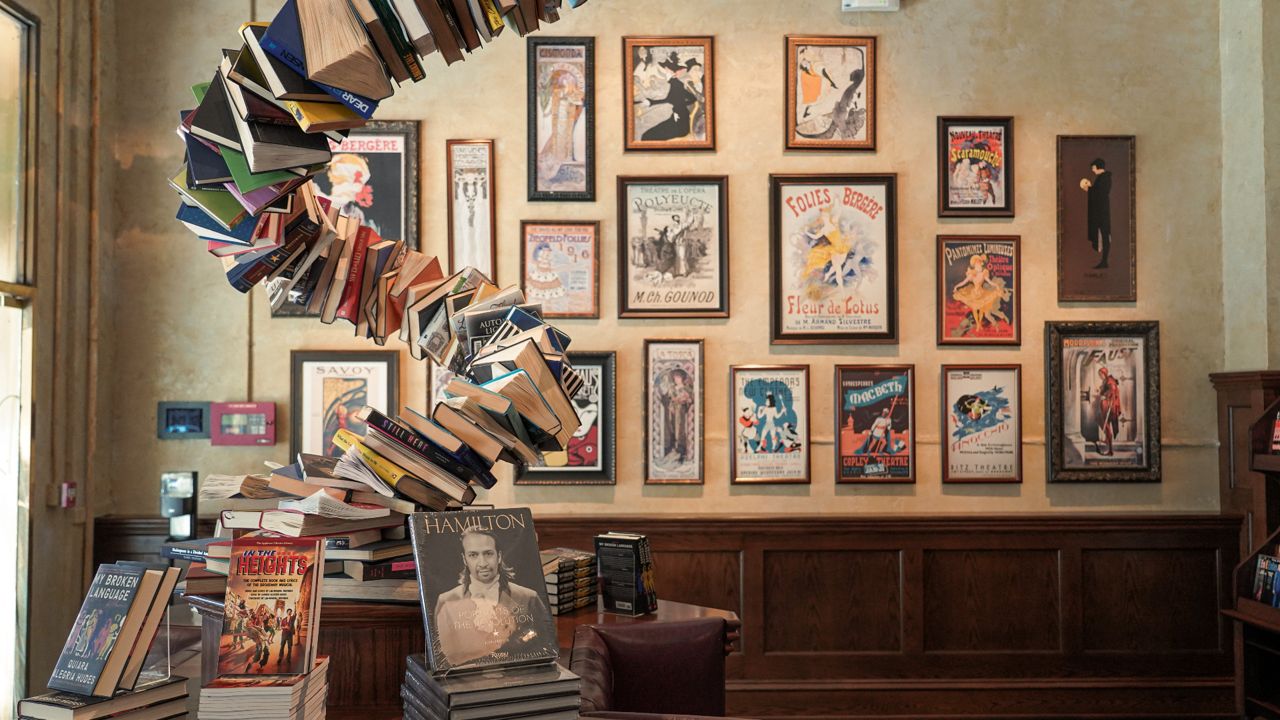 When the Drama Book Shop was in danger of closing, famous friends Lin-Manuel Miranda and the director of Hamilton Thomas Kail stepped in to save it. Along with “Hamilton” producer Jeffrey Seller and theater owner James L. Nederlander, they purchased the more than 100-year-old institution.

Today marks it’s reopening at a new location and NY1 got a sneak peak of its intricate layout, designed by Hamilton scenic designer David Korins.

Thomas Kail: "When we heard that the bookshop was struggling and it felt like this really might be the end as we knew it in that location on 40th street, Lin [Manuel Miranda] and I spoke immediately, like within hours of hearing the news and we called Jeffrey Seller and we said, this to me feels like it's not bailing something out. This is about building a new boat. And so maybe we need to build a new boat."

TK: "I met Lin after he graduated, in the basement of The Drama Book Shop in May of 2002. And we began a conversation that lasted for 19 years. I mean that's really the, the, the Genesis of it. I sat in the basement with him for five hours. The first time I really met him. That's where Freestyle Love Supreme started. That's where all those early readings of "In The Heights" were. You know, so many of our friends walked down those stairs into the bookshop. I had a sense of how essential it was for my own growth as a New Yorker, as a person coming to New York. It was definitional. And I knew that it was like that for, you know, countless numbers of my friends, let alone tens of thousands of people who have been coming through there and felt like it was just for them. I think that's the feeling of discovery I had when I walked in there. I said, 'Oh, how did somebody know exactly what I would want?' And so the thought of keeping it in Time Square was really important to us and also allowing it to be a place that could be community building."

"Hamilton" scenic designer David Korins is responsible for the design of the new space.

David Korins: "We’re theater makers, you know, what could we do that would be, you know, a little bit more of an eventized experience? How could we honor the kind of utilitarian things that you need to do in a bookshop, but also deliver kind of a wow.  And Tommy was like, what if we took this bookworm thing that you're proposing that will like swirl and spiral all around the space and make it a timeline of theater history? And so we did. It spirals in and around the entire store and it’s 2,500 years of theater history, and it weighs 3,500 pounds."

TK: "We've all been either on our own or in small groups for these last 16 months and to re-emerge and to come back out and have a safe place to go that was made with the kind of love and care that Korins invested in this place and his team. It feels like we're coming back at just the right time."

DK: "The Drama Book Shop is a place for all theater lovers to come and create their own stories and be part of this incredibly rich community."

TK: "The Drama Book Shop is for everybody."