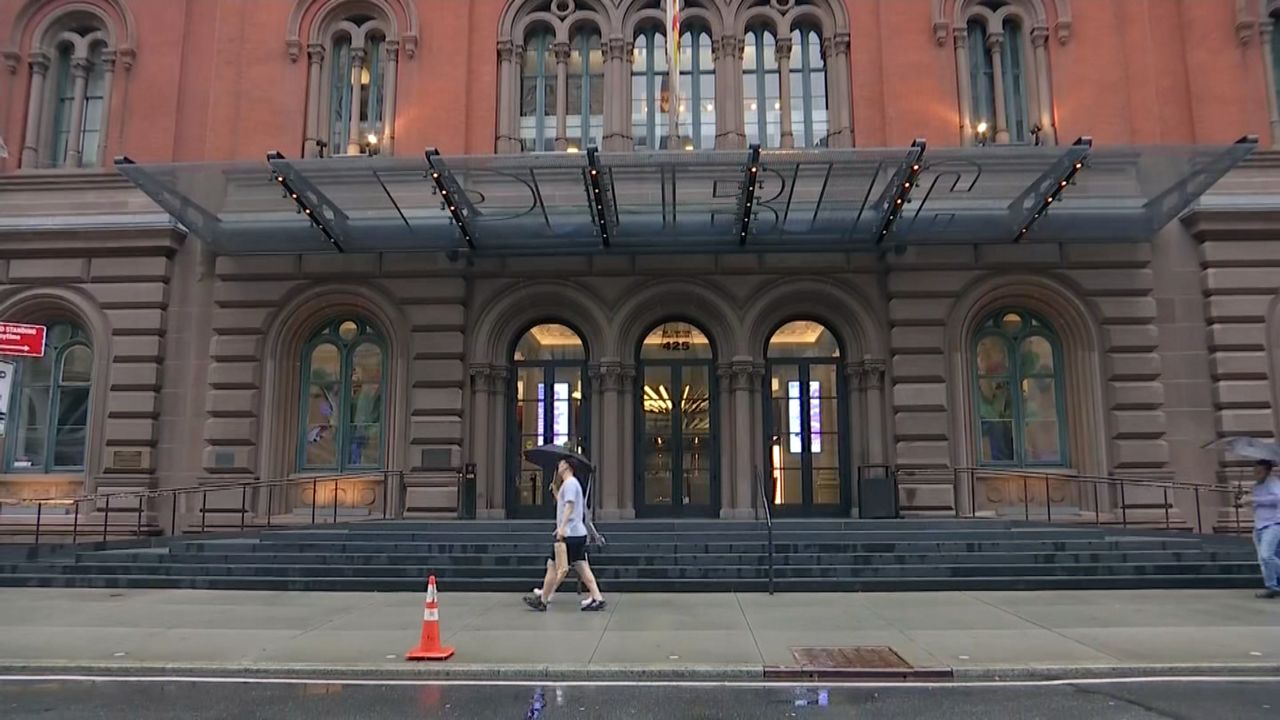 NEW YORK — Emily Tow and Maureen Falvey were thrilled to catch the first in-person performance at The Public Theater on Tuesday, since the shutdown of live performances in March of 2020.

“I just, signed me up for the first day we can come back,” Tow said.

The friends share a passion for the arts and say virtual shows just aren’t the same.

After a year of going dark, The Public Theater is just one of the many venues filling up its schedule.

Madison Square Garden announced Tuesday it will host the first concert at 100% capacity on June 20.

All fans will be vaccinated to see the Foo Fighters take the stage. Plus, according to multiple reports MTVs Video Music Awards, or the VMAs, will return to Barclays Center in September.

That goes for Broadway too. Mayor Bill de Blasio expressed his excitement Tuesday about Bruce Springsteen returning to the stage on June 26 with "Springsteen on Broadway".

At The Public Theater, proof of vaccination is not required to attend shows but guests must wear a mask, maintain social distancing, and undergo a temperature check at the door.

Tickets can be purchased at publictheater.org.