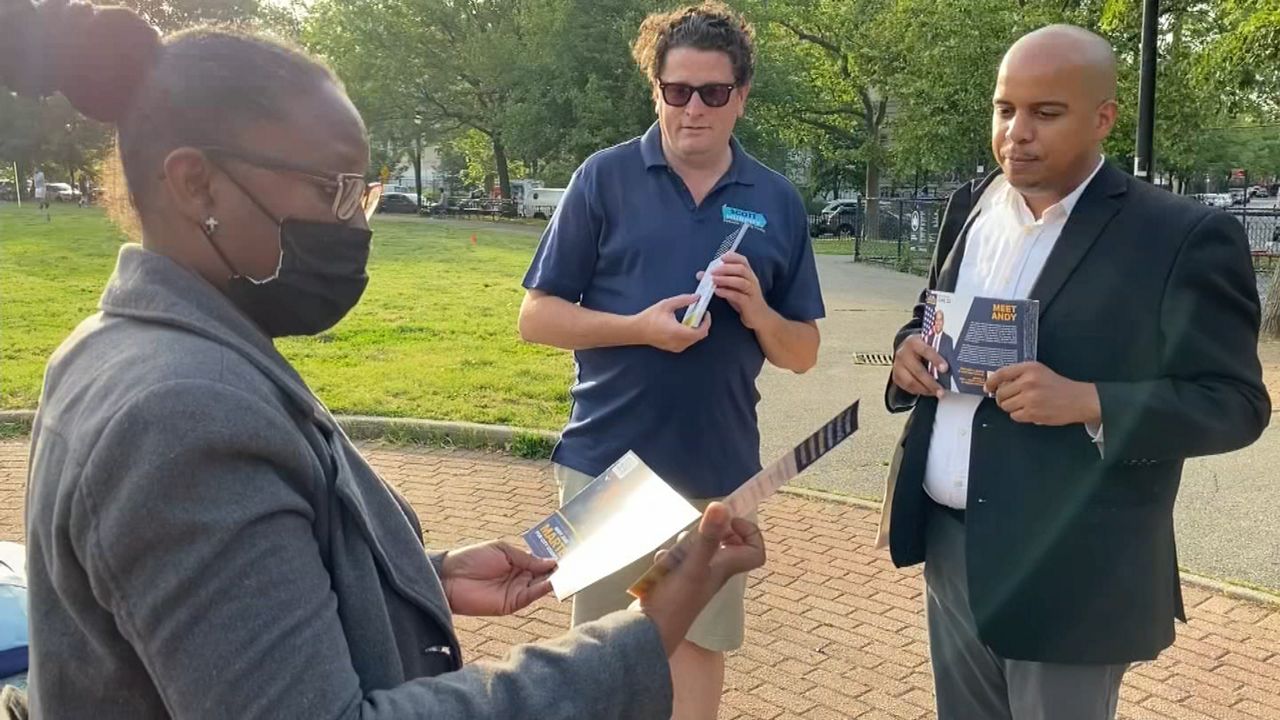 Scott Murphy and Andy Marte are running a joint campaign in District 34, the seat held by Councilman Antonio Reynoso. Photo by Spectrum News.

These City Council candidates were supposed to be opponents. Instead, they formed a team.

Scott Murphy and Andy Marte are both candidates in a race for City Council. But instead of running against each other, they’re running together.

It’s as if they don’t care which of them gets elected.

The unusual political strategy is a product of ranked-choice voting, which allows voters to rank candidates in order of preference rather than being forced to pick just one.

Murphy and Marte are encouraging voters to rank one of them first, and the other second.

By joining forces, they could, theoretically at least, consolidate their voter bases. That would dramatically improve the odds that one of them could beat the leading candidate, Jennifer Gutierrez.

Gutierrez has the support of a long list of elected officials, unions and advocacy groups, and leads the field in fundraising.

“I did realize that they cross-endorsed each other, and my initial reaction was like, ‘Oh, alright, they’re coming for me,’” Gutierrez said.

But Murphy said it’s not all about Gutierrez. “Somebody asked me that the other day: Are we ganging up on her?” he said. “I definitely wouldn’t classify it that way at all.”

But Murphy and Marte do present themselves as fresh voices, an implicit contrast to Gutierrez, who’s spent the past eight years as chief of staff to current Councilman Antonio Reynoso.

“I think that experience is absolutely vital,” Gutierrez said. “I’ll be ready on day one. I’m not going to be playing catch-up.”

District 34 spans both Brooklyn and Queens, covering parts of Williamsburg, Bushwick and Ridgewood.

The fourth candidate in the race, Lutchi Gayot, is a small business owner and co-founder of a youth sports league who previously ran for Congress.

But Murphy and Marte are hoping two candidates are better than any one. And as an added bonus, they seem to enjoy each other’s company.

“Scott just invited me to his backyard for Memorial Day weekend,” Marte said. “So in running against each other and working together, we’re also just building a friendship on top of that.”