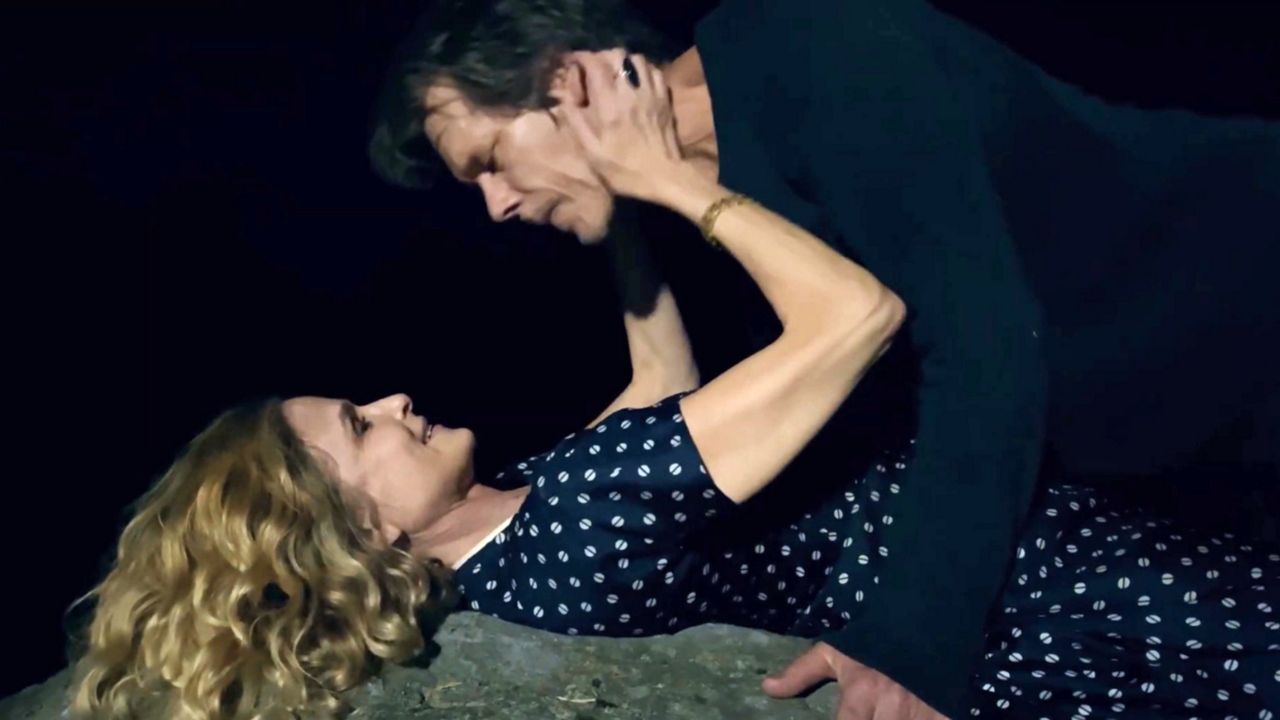 Kyra Sedgwick and Kevin Bacon's new short film “Until” premiers at the Brooklyn Film Festival June 4 through the 13th – one of nearly 150 pieces being shown.

During the pandemic, actors Kyra Sedgwick and Kevin Bacon decided to make a short film.

Married since 1988, these two multi-hyphenate stars of TV and film delved into love and loss with their fantasy “Until.”

“A lot of people died and a lot of people lost loved ones, and this is about how do you process that and connect with it,” said Bacon.

And they didn't necessarily know where this film was taking them until they watched it afterwards.

“I was almost surprised how much going through the pandemic had really influenced the film,” Bacon admitted.

“Until” premiers at the Brooklyn Film Festival June 4 through the 13th – one of nearly 150 pieces being shown.

They submitted their film online, like anyone else and it was accepted.

“We were really just making it for us,” said Bacon. “We were touched and amazed anyone would want it in a film festival, and like you said, we're New Yorkers so being in Brooklyn is really exciting,”

And they’re excited to once again experience the city they love.

“I think that if you just walk up Amsterdam Avenue, people are just popping off. They've been tamped down for so long, they so want to connect and commune and remind themselves that they’re part of a community,” the pair said.

They are both enthusiastic about the city coming back to life.

“You can't get away from your fellow man in New York and we like it that way,” exclaimed Sedgwick.

“The first time we got on the subway we were like ‘Ahh, it's like looking into a hot bath,’” said Bacon.

Meanwhile, the couple continues to work on projects together and apart. Bacon has gigs booked with his band The Bacon Brother, while Sedgwick is filming on location.

“I'm actually in Rhode Island about to start my second feature and Kevin is in the movie,” Sedgwick said, before Bacon interjected, “I was able to get a part!”

Together they’re taking on life’s big questions and simple pleasures. For more details go to BrooklynFilmFestival.org.