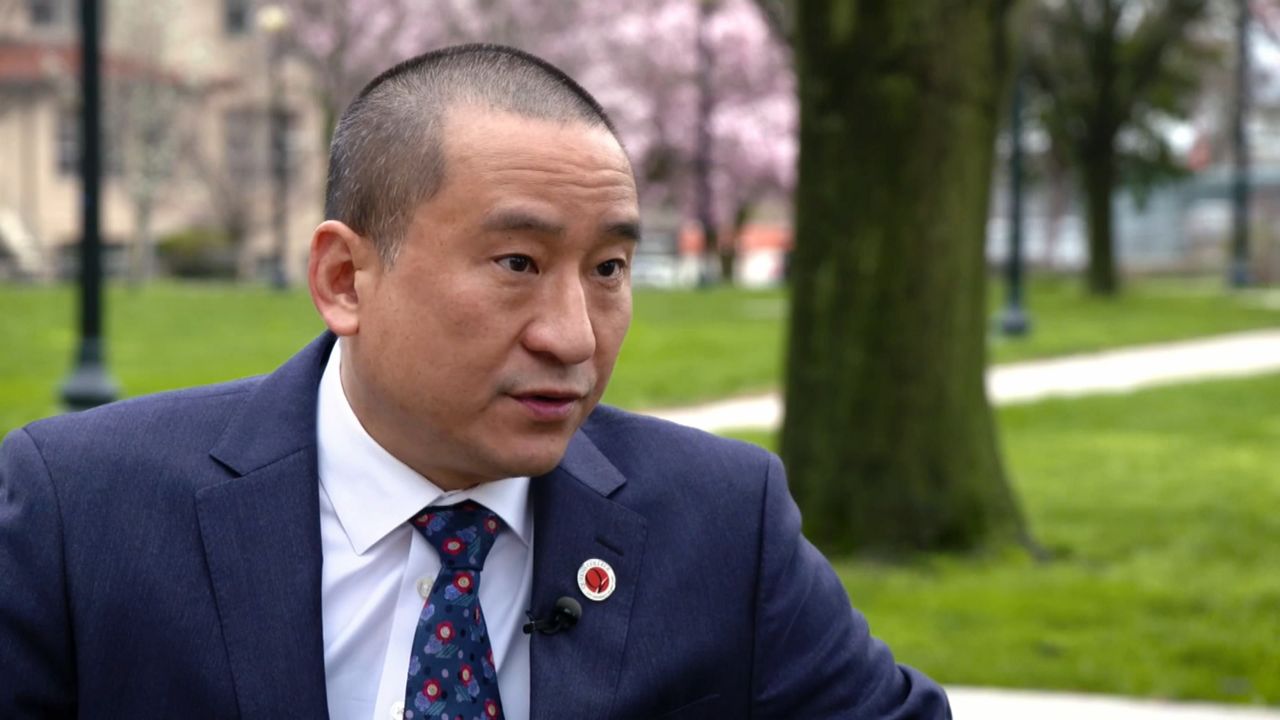 Frank Wu is living the American dream and his personal dream.

"I wanted to come here because of the diversity of the borough. We have 83 languages spoken by our students. That's just amazing,” said Wu.

"I know when I was a student if someone had said someday you can be running a place like this I would have laughed a them and said, ‘Yeah, not in my lifetime,’” Wu said.

His presidency is historic, marking the first time someone of Asian descent has led the college.

Less than a year into the job, the NYPD reports a 450% surge in anti-Asian hate crimes.

Wu believes what is happening now is not new, but people are more aware of it.

He experienced similar attacks while growing up in Detroit.

"Being told go back to where you came from, being asked if you eat dog. Being blamed for the Vietnam War or whatever else is happening that's familiar,” said Wu.

Wu believes this is racism against Asians because of the pandemic.

"In the minds of some people they have a sense of racial guilt by association. Right, so they see someone like this and they instantly think COVID-19,” Wu said.

A quarter of Queens College's 20,000 students are Asian American, Asian immigrants or Asian international students. Wu said some of them are fearful.

Wu has written extensively about race relations. He said addressing the violence against Asians today must include people of all backgrounds coming together, similar to what happened with the Black Lives Matter movement.

"If we get everyone involved to see that these are American principles, that there are ideals at stake, then we'll make progress,” Wu said.

His vision for Queens College includes opening an arts and business school, but first he is looking forward to students returning to the campus this fall after being mostly remote because of the pandemic — students who just might see a role model in their new president.

“It's important for our students to know they can aspire to do anything,” Wu said.