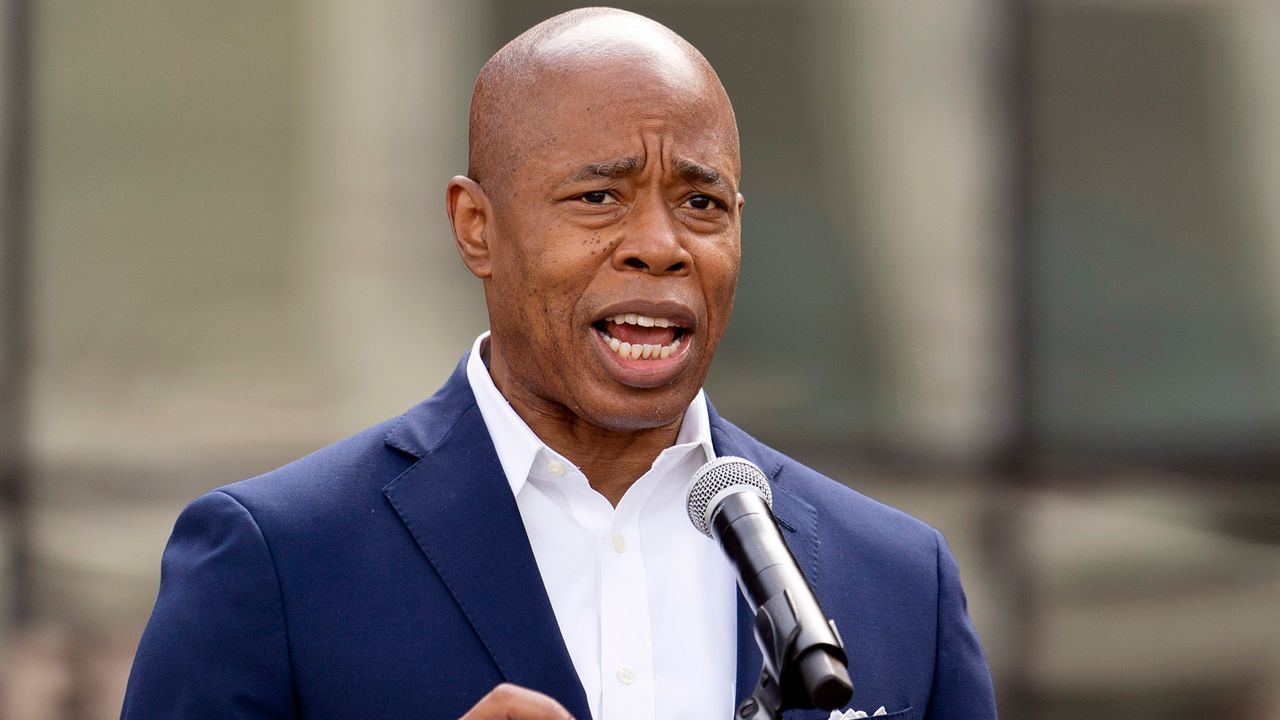 Eric Adams explains why he supports stop-and-frisk, when it's used legally

Mayoral candidate Eric Adams testified during the Bloomberg era against the NYPD’s misuse of a policing tactic that was ultimately ruled unconstitutional.

“I fought against abusive stop-and-frisk. It’s on the record,” Adams said Monday in Harlem.

But Adams also steadfastly maintains stop-and-frisk is an effective tool when employed legally.

“If you have a police department where you’re saying you can’t stop and question, that is not a responsible form of policing,” he said.

The Brooklyn borough president and retired NYPD captain dove into the nuances as he rolled out a mayoral endorsement from Norman Siegel, the former New York Civil Liberties Union leader.

“If you care about freedom, justice and equality for all, if you care about public safety and social justice, the moment is now. We can have a mayor who believes in all of that,” said Siegel, a civil rights attorney.

Appearing together in Harlem, Siegel and Adams said the candidate fought the system from within.

“When the police department attempted to fire me and take my pension because I spoke out against the fact that we did not deploy police officers during the terrorist threat, it was Norman Siegel who handled my case,” Adams said.

Adams said experiences like those make him uniquely positioned to critique and reform the NYPD.

Adams said stop-and-frisk is typically used properly when cops are responding to a complaint.

He said an analysis will show abuse of the tactic is more likely when it is officer-initiated.

Adams, a frontrunner in the Democratic primary, has been criticized for his stop-and-frisk position by rival Maya Wiley.

He has accused Wiley, former chair of the Civilian Complaint Review Board, of not understanding the complexities of policing.

Adams is additionally endorsed by Abner Louima, who was brutalized by police, and the father of Sean Bell, who was shot dead by police.