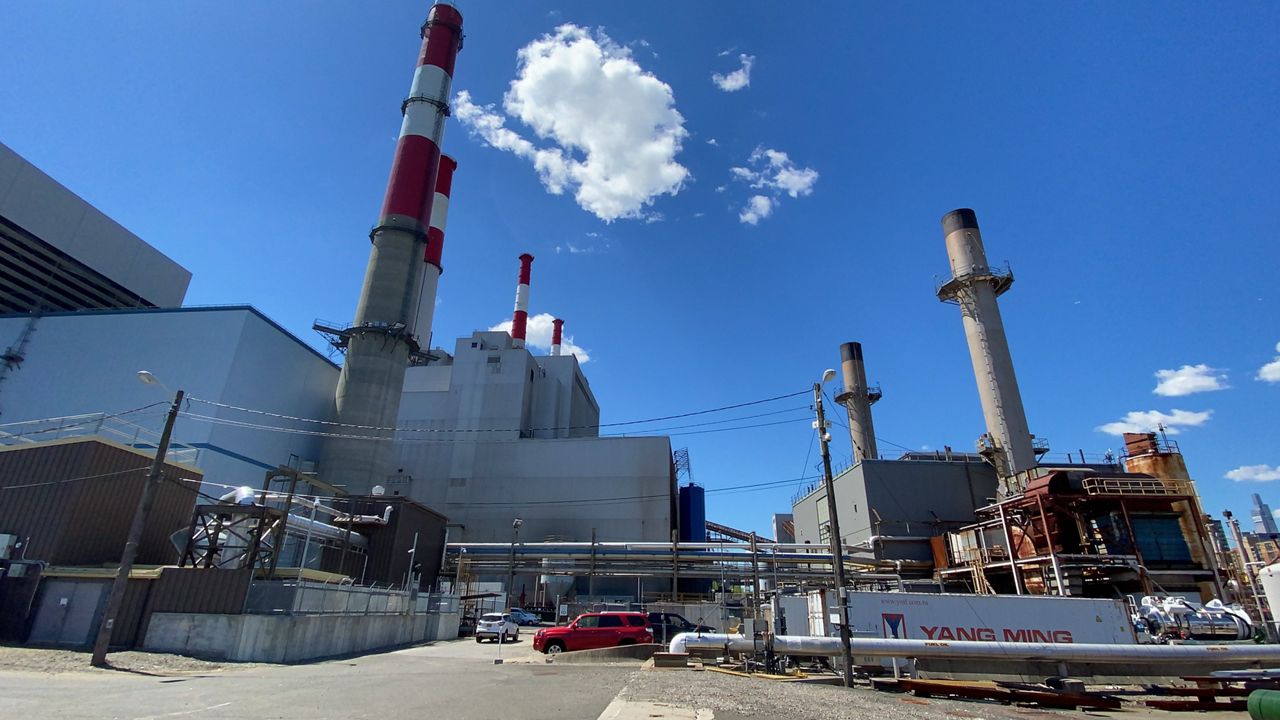 A proposal called the Catskills Renewable Connector could transport green energy from upstate New York to the city.

Claudia Coger has lived in the Astoria Houses for 68 years. The area is known as "Asthma Alley" because it has some of the highest rates of asthma in the city.

“We’re between two power plants, about 7 miles apart. And all of this is impacting on the breathing. We have to breathe all of these chemicals and things that are in our air,” said Coger, the president of the Astoria Houses Tenant Association.

The red-and-white smokestacks, which are a mile from Coger’s apartment, mark the power plant once known as the Ravenswood Generating Station. Back in January, the 28-acre plant was renamed Rise Light & Power.

“We also recognize we are in a new world and we are embracing the transition to a clean energy future,” said Clint Plummer, the CEO of Rise Light & Power.

Currently, the plant is fueled by natural gas and oil. But an innovative new proposal could transport green energy from upstate New York to the city. It’s called the Catskills Renewable Connector.

The plan is to harvest the wind and solar energy upstate, because there’s more real estate for it. A 115-mile underwater cable will transfer the power from Greene County to the plant in Queens, almost like an extension cord.

“To deliver literally thousands of mega-watt hours of clean energy from across upstate New York, that’ll reduce the amount of dependency on fossil fuels in New York City and it’ll also clean up the air, particularly in the area around our plant in Western Queens,” said Plummer.

Officials say the renewable connector could supply 15% of the city’s electricity. They also promise it will generate $2 billion in economic development and create more than 5,000 clean-energy jobs.

Coger is hopeful for the future. She has a granddaughter and two great-grandchildren with severe asthma.

“I’m excited we’re getting the attention now to get rid of those energies that are causing these things, and coming with some clean, fresh air,” Coger said.

Rise Light and Power submitted their plan to the state’s Energy Research and Development Authority this week. If the proposal is selected, the company expects to start construction of the connector in 2023, with full operations by 2026.