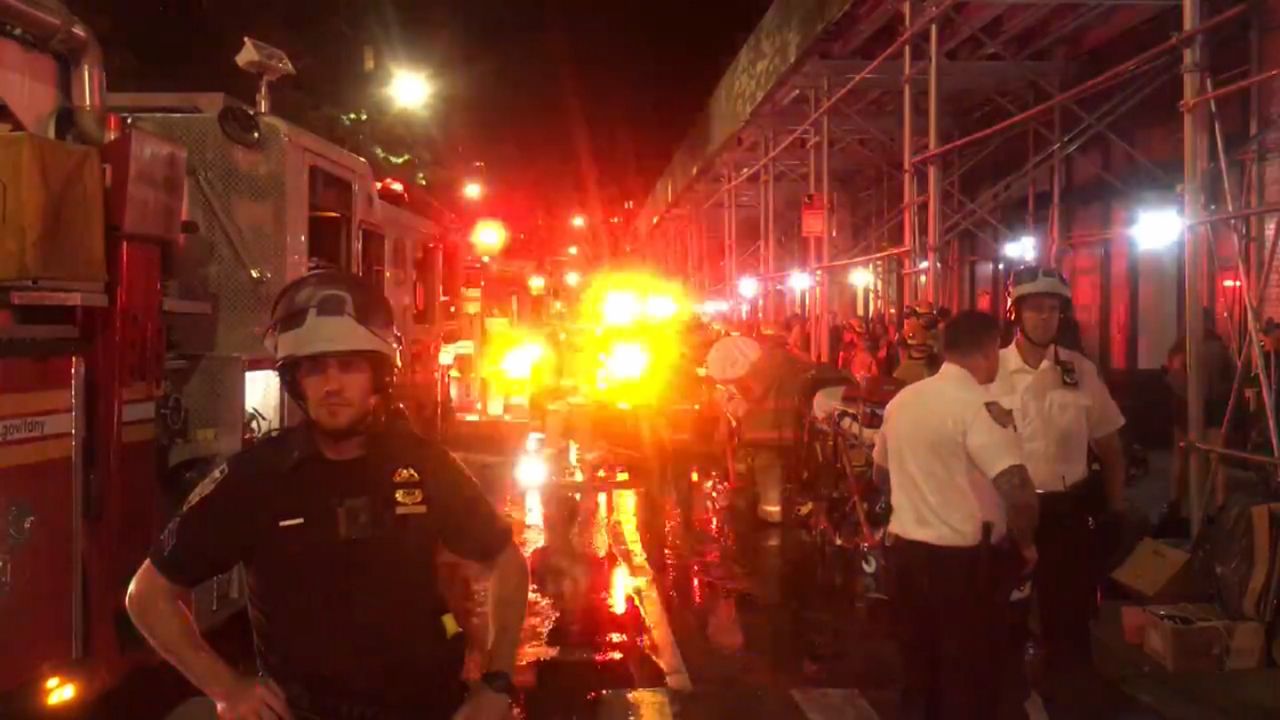 First responders on scene during a fire at a two-story building on Bleecker Street in Manhattan.

A Manhattan neighborhood is reacting to the loss of a beloved Chinese restaurant that was completely destroyed in an overnight fire.


"It’s so sad to see this,” Adela Tapia said as she viewed what’s left of Uncle Ted’s Chinese restaurant. She’s been in the neighborhood for more than 40 years.

“I used to go there with my father, we would smile and laugh. And then you see this, it’s so tragic,” Tapia said.

A fire broke out at the restaurant just after midnight Saturday morning. Flames tore through the entire building. Tapia said her family, and especially her late father Dionisio Tapia, loved going to Susie's, the restaurant in that space before Uncle Ted’s as well. She celebrated many milestones there.

“Graduations, anniversaries — great place. My favorite dish for me was their chicken and broccoli,” Tapia said.

The fire reached 5 alarms. About 200 fire fighters responded to the flames. Two were taken to area hospitals with non-life threatening injuries.

FDNY crews, NYPD, Con Edison and the NYC Department of Emergency Management were there throughout the morning, still working to extinguish the fire.

Tapia said waking up to this was especially tough since the fire comes on the 2nd anniversary of her father's death.

“He’s been dead for two years now. It would be such a joy to eat the food, it’s a sad time,” Tapia said. “You know you can go there and get a good meal, trust it, it’s been there forever.”

There is no word yet on the cause of the fire, which remains under investigation.