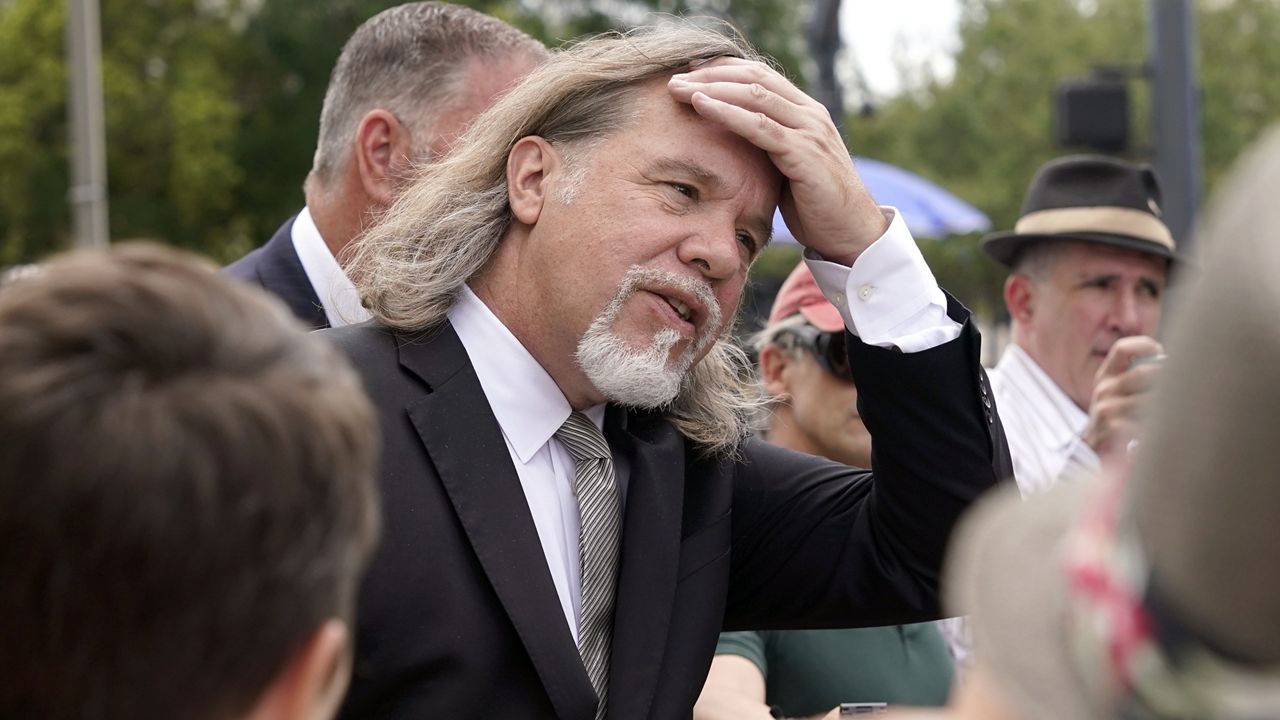 What does Greenberg’s guilty plea mean for Gaetz? Legal experts weigh in.

What caught their attention is what, if anything, his plea deal may mean for Florida Rep. Matt Gaetz, a longtime friend and confidante of the former tax official who has reportedly come under scrutiny in the investigation.

Greenberg admitted that he had paid at least one underage girl to have sex with him and other men. No criminal charges have been brought against Gaetz, who was not named in the plea agreement or during the court hearing, and denies any wrongdoing.

Greenberg faces up to 12 years in prison but a sentencing date has not been set. Experts say it is in the interests of defendants like Greenberg who have agreed to cooperate to provide prosecutors with as much useful information as possible in exchange for a more lenient sentence.

“In order to secure this deal, Greenberg had to agree to ‘substantial’ cooperation,” said Jamil Jaffer, the Founder and Executive Director of the National Security Institute at George Mason University’s Antonin Scalia Law School.

“A court has to determine whether he’s provided that, and that will turn on what he gives up, and how much he gives up – and, to some level, who he gives up,” he added. “It’s cooperating the entire investigation – naming names, dates, places, providing that information.”

The New York Times has reported that the Justice Department began examining Gaetz last year as a result of its broader investigation into Greenberg.

The Associated Press reports prosecutors are still examining whether Gaetz and Greenberg may have paid or offered gifts to escorts and underage girls in exchange for sex.

A spokesperson for Gaetz said Friday that the Florida congressman "has never had sex with a minor and has never paid for sex."

It’s “hard to speculate” on the significance of Greenberg’s plea deal because it is not publicly known what information he possesses, Jaffer said. “Nothing in the agreement says anything about the congressman.”

“That being said,” he added, “We know they’re friends, we know they appear to have run in the same circles in respect to the same potential relationships they had, so on a circumstantial basis, it doesn’t look great."

Another legal expert said the government would need much more than just the word of Greenberg, now a confessed criminal, to bring legal charges against anyone he accuses of wrongdoing.

“If the government already has a strong case against Matt Gaetz, having a cooperator like that over whom you have leverage is close to the target, could be very helpful, but I don’t want to overstate it,” former U.S. prosecutor Kellen Dwyer told Spectrum News.

“You really want to make sure the case stands on its own merits first,” he added – ideally, through the introduction of hard evidence such as documents and financial records.

Cooperators can be most helpful when they can provide the government with a clear “chain of communication,” including emails or texts, that link them to other guilty parties, Dwyer added. It is unclear whether Greenberg is in possession of any such documents.

Gaetz has continued to make appearances and give speeches around the country, most recently at a Republican gathering in Ohio over the weekend, where he declared that he is being “falsely accused” of “exchanging money for naughty favors.”

"Republicans have shown a willingness to stand by their own, even when accusations are made,” George Washington University Law School professor Stephen Saltzburg told Spectrum News. "They haven’t abandoned Marjorie Taylor Greene. They stood by her. The only one they dumped is Liz Cheney.”

On Monday, shortly after Greenberg, shackled and wearing a jail jumpsuit, appeared inside a federal courthouse near Orlando to plead guilty, his attorney Fritz Scheller was asked by reporters outside how many co-conspirators were involved in the case.

"How about more than one?" he responded.

“Does my client have information that could hurt an elected official? I guess this is just must-see television,” Scheller added. “You’ll just have to wait and see.”