Yang continues to defend Israel statement, Garcia gets another endorsement

Sometimes a mayor’s race can be about trash.

“This isn’t normal sanitation though,” said one Brooklyn voter to Andrew Yang in Clinton Hill on Saturday.

He was flipping through images of trash piled up on the street on his phone. "This is a bad actor dumping.”

But soon thereafter, Yang was confronted by other issues from other voters, like the conflict in the Middle East.

Yang was still taking heat for a tweet almost a week before with several Brooklynites yelling “Free Palestine" at the candidate.

On Monday, the candidate tweeted what many saw as a pro-Israel statement, angering some on the left. Last week Yang dialed back the comments, saying they were an overly simplistic view of the long-running Israeli-Palestinian conflict.

I'm standing with the people of Israel who are coming under bombardment attacks, and condemn the Hamas terrorists. The people of NYC will always stand with our brothers and sisters in Israel who face down terrorism and persevere.

Still he was confronted about it again in Brooklyn.

“Why are you supporting the terrorist attack by Israel to Palestinian people?” asked another Brooklyn voter.

“I disagree with that characterization, but like so many New Yorkers I just want the violence to end and people be able to come together and pray in peace,” Yang replied.

We asked whether he regretted the tweet in the first place.

“It’s unfortunate that the media makes it difficult to put out any kind of nuance in an initial tweet, but I stand by the people that are suffering in the region right now,” Yang said.

"My original statement was I stand with the people of Israel and I do believe that Hamas is a terrorist organization and they are responding to a terrorist attack and they have the right to defend themselves, but I mourn for the people who are suffering in the region on both sides,” Yang said. 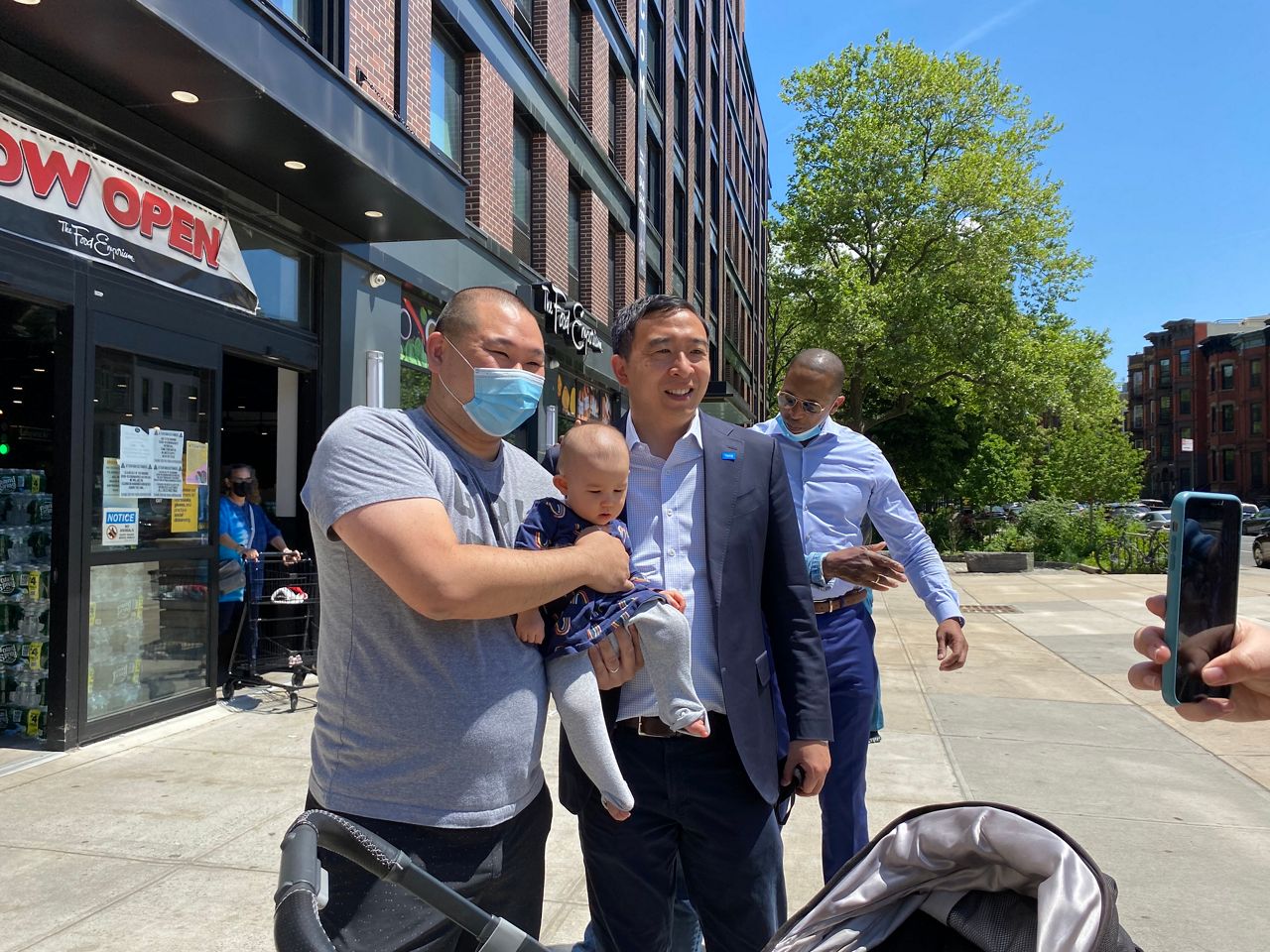 Andrew Yang continues to have to defend pro-Israel statements, after angering some on the left.

Yang was in Brooklyn to accept the endorsement of former Assemblyman Walter Mosley. Clearly, the frontrunner can easily draw a crowd — one organically formed around him of passersby.

Meanwhile in another borough, Maya Wiley was campaigning with a democratic club in the West Village.

Voters there congratulated her for her debate performance. She says she has momentum. 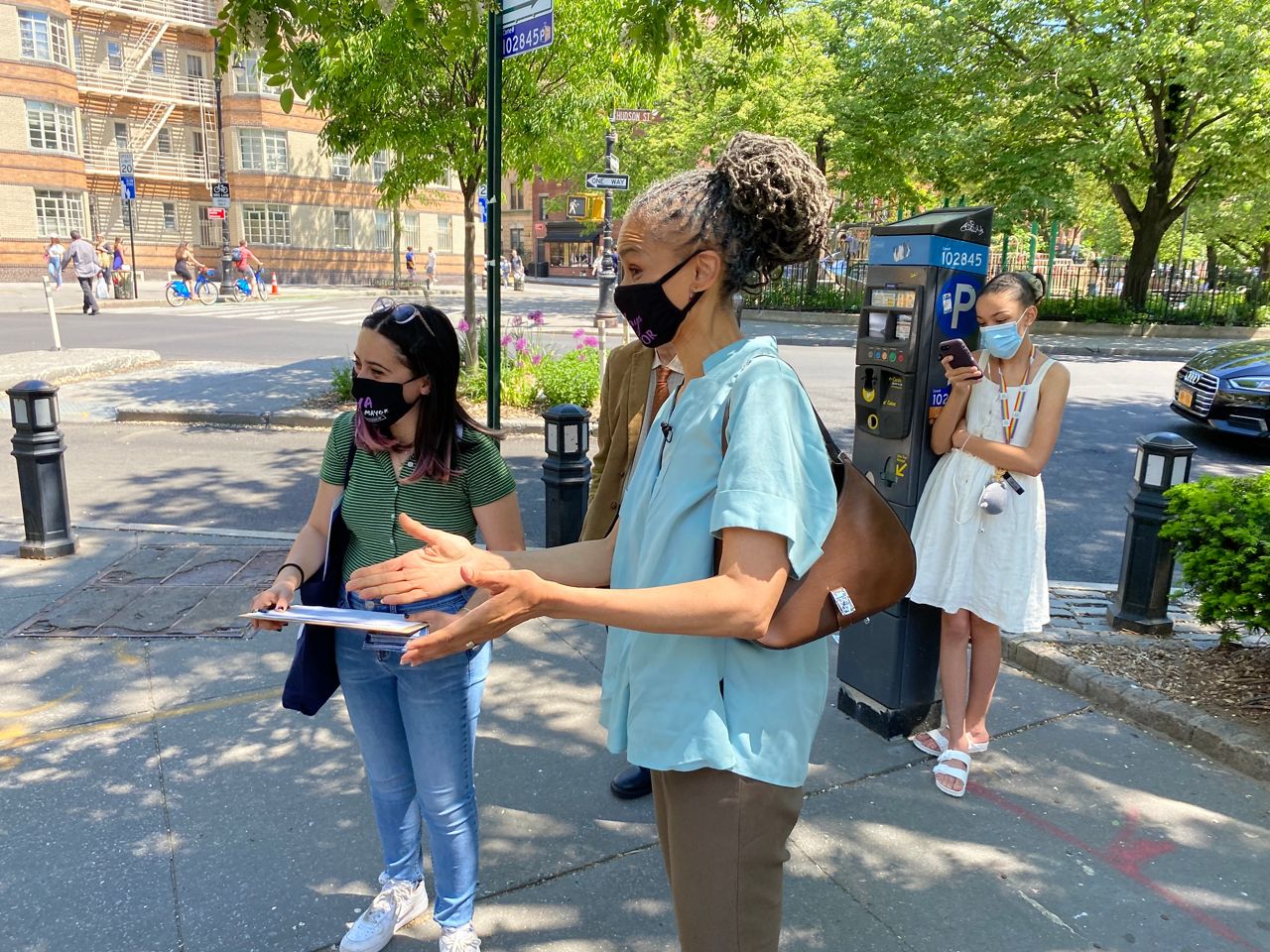 Maya Wiley believes she has momentum after her debate performance.

“We definitely saw an increase after the debate as well both in endorsements as well as fundraising,” Wiley told NY1.

On Saturday, former Sanitation Commissioner Kathryn Garcia won another big endorsement. After getting the New York Times earlier in the week, The Daily News endorsed her, saying she is the candidate to lead the city at this difficult moment.