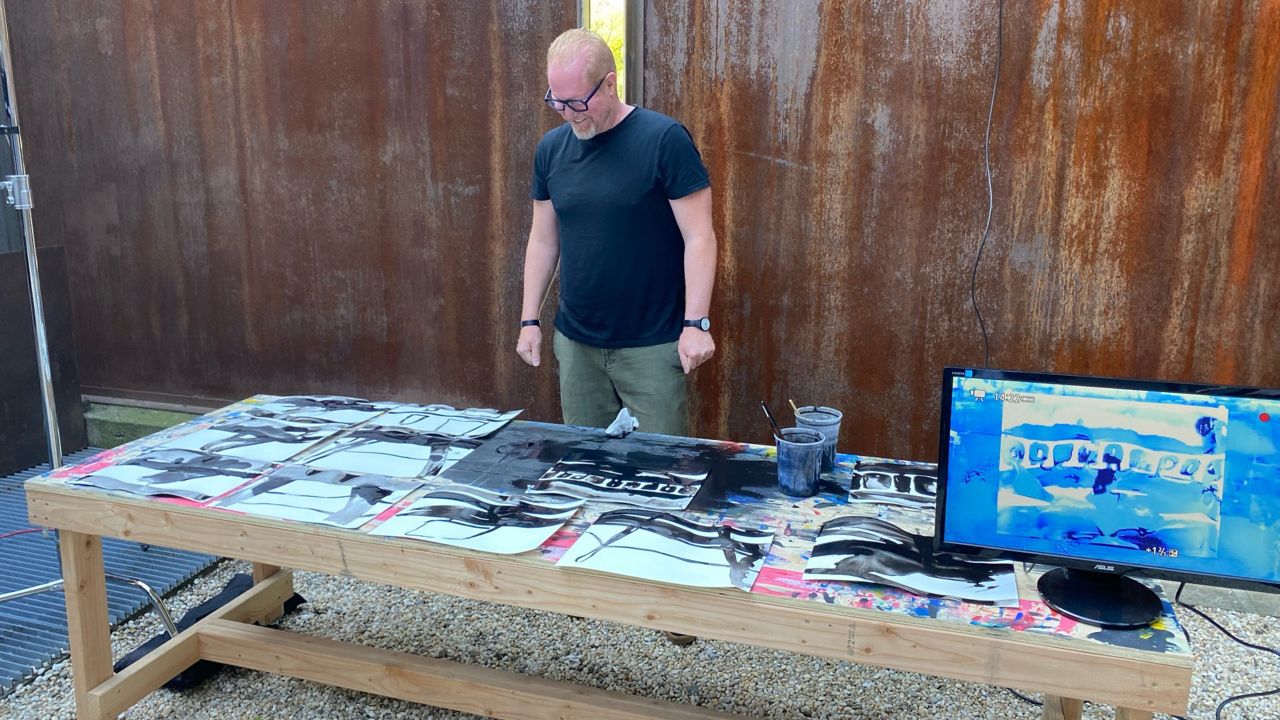 The third member of this jazz band? A painter.

There’s a trumpeter and a bass player. The third member of the trio’s instrument? A paint brush. Artist Jim Watt is creating a series of 1,000 ink washes using a traditional Japanese ink called sumi along with water. He paints as a jazz ensemble improvises in real time.

"I'm very present to the ink and the paper and the water because it moves very quickly and can get out of control very quickly," said Watt, who calls the collaboration 1,000 Watts. But I'm also very much listening to what they're playing, and it is impacting, what I'm painting."


It’s an effort to raise $100,000 for the jazz musician community, hit hard during the pandemic when music venues closed. One hundred dollars from the sale of each painting will go towards that goal.

Capturing all of this, along with a fixed overhead camera, is well known photographer and filmmaker Danny Clinch, who has worked with everyone from Bruce Springsteen and Bob Dylan, to Foo Fighters and Pearl Jam. He will direct a film inspired by the project.

"I've been actually filming this whole creative collaboration between the musicians, Jim, and myself," said Clinch. "Really, I've been sort of listening to the music being played and filming in a way that's kind of responding to what they are doing together."

The musicians are doing some serious improvising, so there are no songs, just the artists playing off of each other's energy.

"I feel like the synergy between us has been just remarkably natural and sort of flawless," said Antoine Drye, who plays Trumpet as Watt paints.

"It's like Jim is a member of the band, so we are watching him do his art; we are both listening to each other, sort of imagining what the painting is going to sound like while it's happening," said Mike Noordzy, who jams along on the stand up bass.

The paintings are available for sale through Jim Kempner Fine Art in Chelsea, where Watt had a showing of his watercolors last Spring.

"It's coming from three angles," said Kempner. "You know, it's film, it's music, it's art, and it's collaboration, which is really what it's all about."