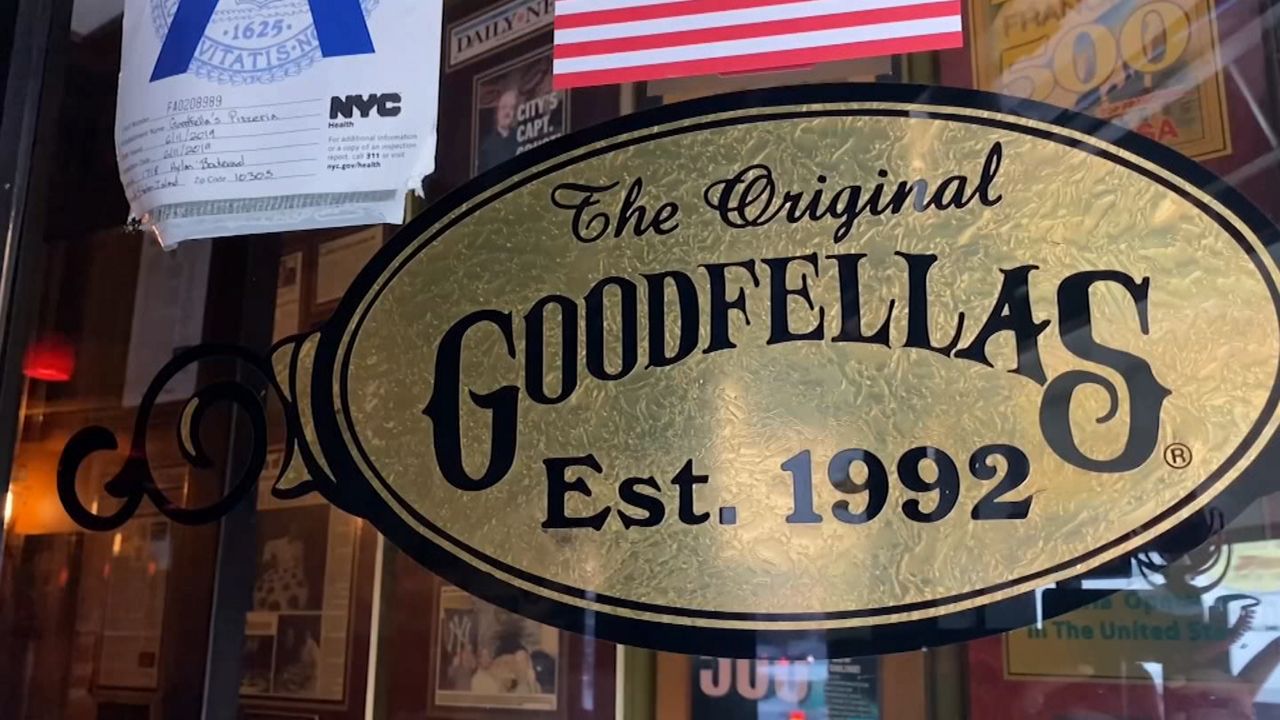 It’s been a staple in Dongan Hills for 29 years. Now, Goodfellas is closing its original location and moving a few miles down to Great Kills.

“We had the opportunity to look around COVID with all the uncertainty. We had a lease expiring for the third time and we stumbled upon a place we were able to purchase to solidify our future,” said co-founder Andrew Scudera.

“We’re gonna take all the lemons that the world had brought on and make some good lemonade out of it,” added founder Scot Cosentino.

Both Cosentino and Scudera said the location has a rich history.

“We’ve had every mayor since Rudy Giuliani,” explained Scudera. “Ever since he left office and Bloomberg came in, that tradition kept going,”

And it was here where Mayor Bill de Blasio caused quite the stir among New York City pizza lovers.

“When he first got elected he came here and wanted to show everyone he was a regular joe and started eating pizza with a fork and knife,” said Scudera. “People pick it up and go for the fold.”

Scudera said the pizzeria was there in the aftermath of 9/11, too.

“Cops and firemen from all over the country took a week vacation to go help out,” said Scudera. “We were fortunate to donate all the meals for those guys for about six to seven months. And as a thank you, on their way home, they’d come in for dinner and leave us a patch.”

As they begin to move forward, Andrew and Scot said they are very grateful to the community that served them well since 1992.

The owners of the pizza shop said customers will still be able to enjoy the location until the Great Kills restaurant opens and new history can be made.