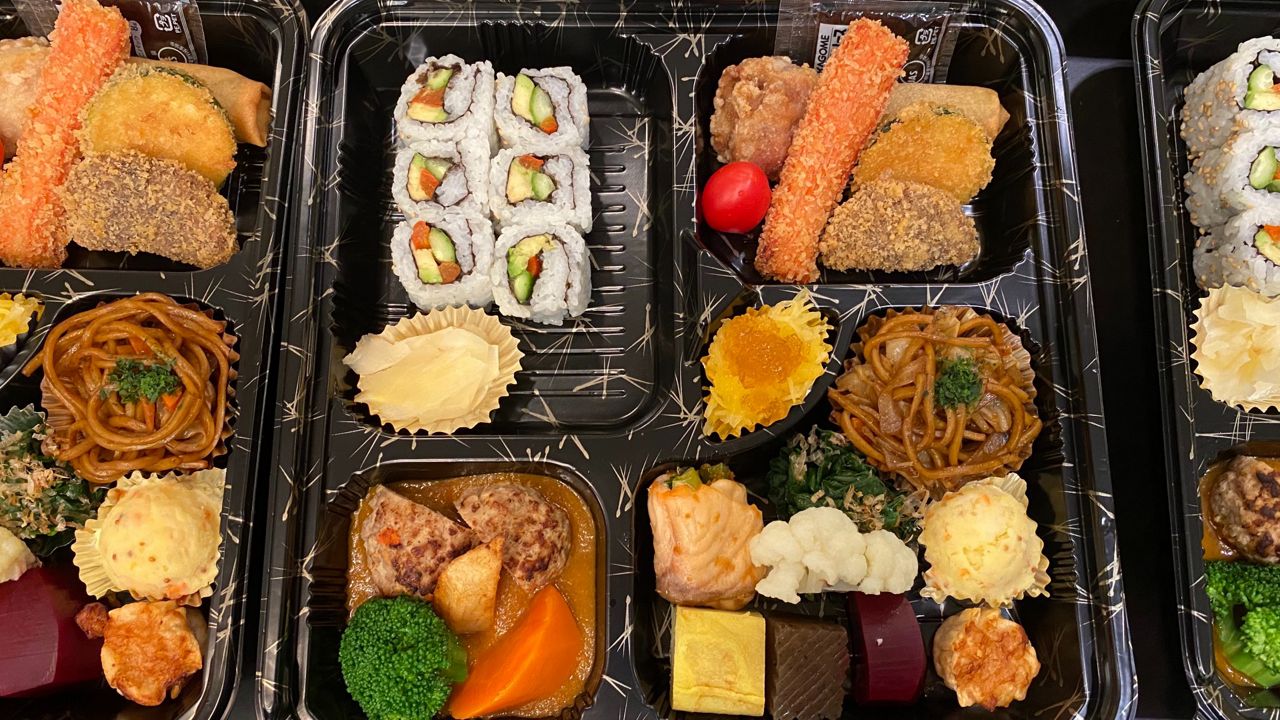 The Nippon Club is the country’s only Japanese social club and of one of the oldest cultural organizations in NYC.

It is continuing its tradition of celebrating Japanese culture by sharing one of its most beloved exports in order to help feed medical workers throughout the pandemic.

Even though the Nippon Club in Midtown is closed because of the pandemic, the restaurant staff is in early twice a week to fill hundreds of bento boxes with traditional Japanese food for hospital workers. The club’s vice president, Maeda Masaaki, an engineer, launched the delivery project last May. He was inspired by his work during the Great Hanshin earthquake in 1995.

While working for a Japanese telecommunications company, he oversaw the delivery of bento boxes to disaster areas.

"I have experienced 25 years ago, Hanshin, big earthquake. My first work was bringing bento,” Masaaki said. “That was my big, important thing, to recover disasters.”

And so he decided the club could also make and deliver meals during the pandemic. The club’s bento box project has sent thousands of meals to area hospitals.

"We are proud of the ongoing project to deliver Japanese food to health care professionals," said Yasuoka while preparing many specialties.

The Nippon Club was founded in 1905 as a cultural center for the Japanese American community of New York City. It holds virtual events these days, but this project, funded by the members of the club, helps them share their culture in a different way.

“Many of us are familiar with bento boxes from eating at Japanese restaurants, but many may not know bento box simply means lunch box,” Edgar Aguilar explained as he helped put more and more food inside the boxes. “It is how Japanese kids take their lunch to school. Serving to the hospital, it’s a special feeling.”

After several hours, the team packed up and loaded a truck to deliver the boxes to Lenox Hill Hospital and Mount Sinai Hospital in time for lunch. And even though vaccination rates are up, hospital workers are still very busy and appreciative.

"It’s hard work. They’re taking care of patients and everything and they very much enjoy the food," said Miguel Escalera, the senior residency program coordinator for Mount Sinai Hospital.

"Our bento is very loved by the medical people," he said, adding they have absolutely no plans to slow down the operation.