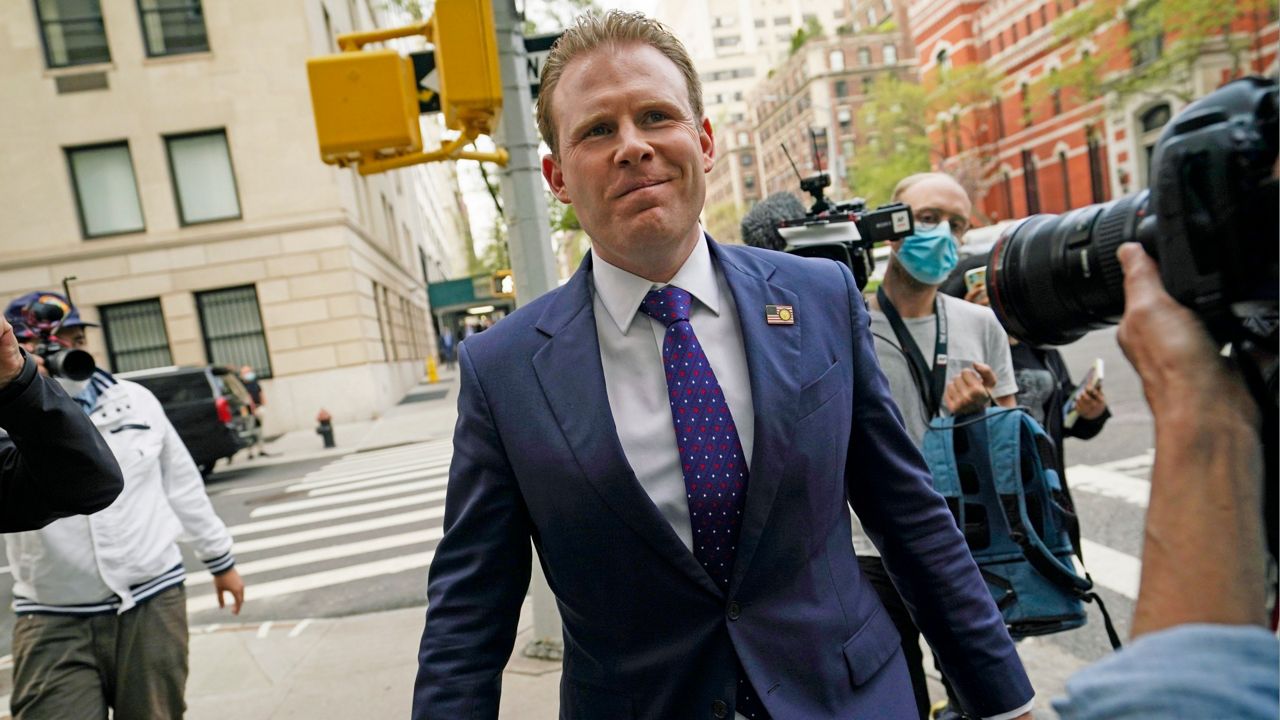 Andrew Giuliani for governor? A decision is close at hand.

Is New York ready for another Giuliani in public office?

That’s the question currently before Andrew Giuliani, the son of former mayor Rudy Giuliani, who after four years working in the Trump administration is seriously contemplating a run for governor.

"I would say I'm closer to yes than I've ever been,” he told NY1 in an interview this week. "I will make a decision in the next eight to 10 days or so.”

The possibility of a gubernatorial run ramped up in recent weeks as Giuliani traveled the state gauging interest in his potential candidacy.

Then he launched himself into the national spotlight last week, after federal agents executed a search warrant at Rudy Giuliani's home and office. Andrew Giuliani assumed the role of de facto spokesman for his father, addressing the media scrum assembled outside the former mayor’s building.

"This is disgusting. This is absolutely absurd,” he told reporters. “If this can happen to the former president's lawyer, this can happen to any American.” He later made a series of cable news appearances, again defending his father and attacking federal prosecutors.

Giuliani worked for President Trump in the Office of Public Liaison, and said he has sought his advice on a potential run.

"I saw him this weekend. We had a good conversation,” he said. "I've known President Trump for over 20 years. I worked for him in the White House for four years. So I'm not going to run away from him."

He added: “It was an encouraging conversation. We’ll put it that way."

So far, the only prominent Republican to announce his intention to run is Long Island Congressman Lee Zeldin. Zeldin’s fierce support for Trump could muddle the possibility of an endorsement from the former president.

But whatever advantage Trump’s backing might confer in a Republican primary, it could prove a handicap in a general election.

That was a reference to his father, who won two mayoral elections in deep-blue New York City — and whose support Andrew has also sought.

"He's just liked what he's seen over the last month as we've seriously looked at this,” he said. "So he's going to give me a thumbs-up or thumbs-down here in the next couple days. I look forward to seeing that. But I think it's going to be a thumbs-up."

Up until now, Andrew's most famous turn in the public eye came at age 8, when he stole the show at the 1994 mayoral inauguration by standing alongside his father, mimicking his speech and gestures.

"If I do decide to run and I get elected governor, I'm going to have to give my dad really bad seats to the inauguration. That's what I think,” he said. "Because I think he's going to want to get some revenge on me."

It’s unclear who the Republican nominee would face in next year’s November election. While Governor Cuomo has long planned to run for re-election to a fourth term, his current troubles have thrown his political future into doubt. Giuliani says Cuomo’s candidacy won't factor into his decision.