Schools Chancellor Meisha Porter visits schools all the time, but the trip she made on Tuesday was special.

"I used to come in this door,” she said, standing at the entrance to Queens Technical High School.

Porter was returning to her alma mater, where, when it was known as Queens Vocational, she and a classmate were the first two girls to graduate from its plumbing program.

"To get to come back and see the way the programs have grown here at Queens Technical — it was Queens Vo when I was here — but that's really exciting,” she said.

As city schools celebrate Teacher Appreciation Week, she dropped in on Sean McCarthy, who was Porter's plumbing teacher back in her high school days. He gave her a little refresher course in things like sawing. 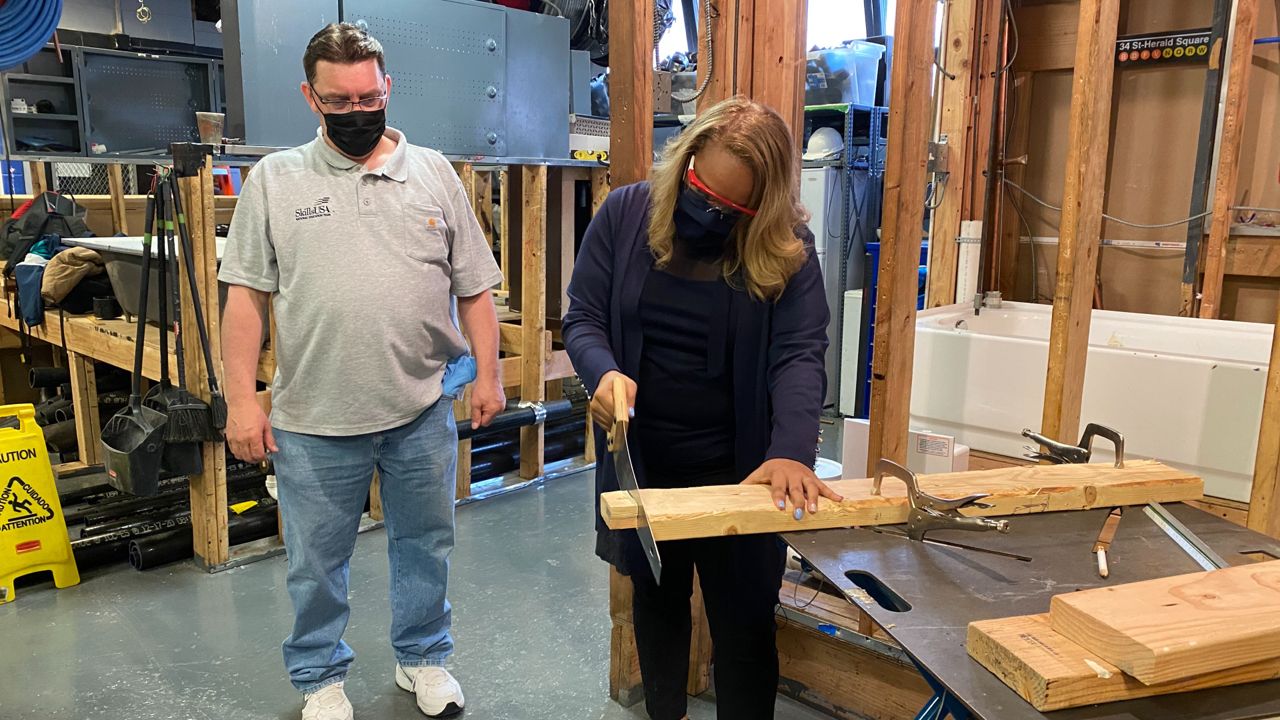 "That does not look easy, Mr. McCarthy,” she replied.

He also offered some tips on chiseling.

"Hit that like it owes you money,” he quipped.

Porter may not have become a plumber, but her old plumbing teacher was plenty proud of her for landing the job leading the nation's largest school system.

"Holy ... you know?” he said, describing his reaction to the news of her appointment. “She's the chancellor. She was my student!”

Porter toured the school, which has undergone a significant expansion since her time as a student, but which still offers career and technical classes ranging from cosmetology to electrical installing. Much of that work is best done in person, making the last year a tough one.

"How do you teach plumbing on a computer, like have the kids go take their sinks apart? No, we can't do that,” McCarthy said.

In many of the classes, remote students watched via a livestream while those in person, including Porter, worked with their hands.

"Check those screws, those screws are tight. They're tight,” she said of her work in one classroom.

In another, she learned how to give a haircut on a dummy head.

After what's been a long, challenging year for school staff, she had a message for McCarthy, and all the other teachers in the city's public schools.