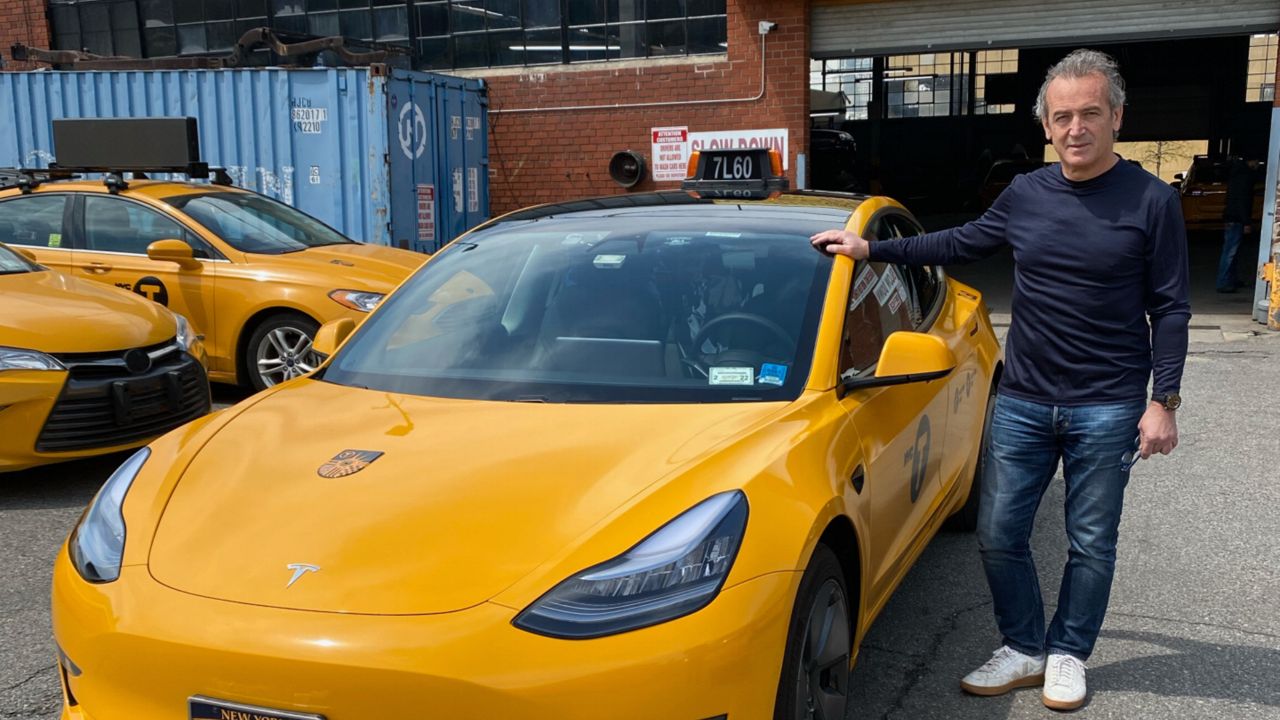 When Parminder Multani returned to the taxi driver's seat, after getting his vaccine, he opted for a new car in the garage: an all-electric Tesla Model 3, the only electric car authorized by the city to operate as a cab.

Multani said it's a smooth, comfortable ride, and he no longer has to pay for his own gas.

Plus, he said taxi passengers seem to love it.

"The other day I went to the airport, the one guy ordered an Uber, and I was on the line for a pick up of a passenger, when he saw the Tesla he canceled his Uber. He said, ‘I just want to ride in a Tesla,’” Multani explained.

The taxi industry is trying to go electric.

"I think this is the future," Savas Tsitiridis, owner of United Taxi Management, said.

Fleet owners like Tsitiridis are adding Teslas to their garages.

Meanwhile, this week, Revel, the company that rents electric mopeds, announced it is planning a ride-share service with Teslas.

In a fleet of more than 13,000 taxis in the city, only a small handful — just 11 are fully electric powered — and they're all Teslas.

Next week, the TLC is proposing a one-year pilot that would expand the types of electric vehicle models that can operate as taxis.

"Taxis are an essential part of New York City's transportation network and this pilot will help them expand to greener vehicles," Taxi and Limousine Commissioner Aloysee Heredia Jarmoszuk said.

Meanwhile, Tsitiridis is interested in expanding his electric vehicle fleet.

Right now, he has four Teslas, and plans to buy six more.

"It's nice to have a vehicle that's carbon free. We don't have the emission issues. We won't have any maintenance issues because it does not have an engine and transmission, which causes the majority of the maintenance in taxi," he said.

But fleet owners like Tsitiridis need more than cars, they need power.

At the moment, Tsitiridis has two fast chargers at a nearby carwash that can juice up a Tesla in 40 minutes, giving it a range of 263 miles, for 24 hours of driving.

Tsitiridis is seeking investments to realize his goal of more electric cars and charging stations, both open to the general public and his taxi drivers.

"The idea is, at some point when we get this power upgrade, we're going to put fast chargers lined up here so the taxis will be able to come in, plug in, charge and go," Tsitiridis said.

It’ll give the city's iconic yellow taxi a shade of green.