100 days in, Vice President Harris asks nation to think big: 'This is what Americans deserve'

In a speech in Baltimore Thursday, Vice President Kamala Harris marked the 100th day of the Biden administration with a call for Americans to aspire to “reach high,” highlighting the president’s proposed plans to create jobs and aid families as important steps toward a successful future for the country.

In remarks at a mass vaccination site, Harris spoke about the progress the administration has made in its first few months, saying they were “defined by” American aspiration.

“American aspiration is about the courage to see beyond crisis and to build beyond crisis,” the vice president said from M&T Bank Stadium, noting the challenges of the last few months as well. “It is about our perseverance. It is about our ability to keep pushing forward.”

Harris held up the American Jobs Plan and the American Families Plan — which President Biden laid out in his Wednesday evening address — as two pathways to lift people out of poverty, aid small businesses and create jobs, among other broad goals.

Still, the plans, which are estimated to cost a total of more than $4 trillion, are considered appropriately ambitious to some and only symbolic to others, since they stand little chance of getting Republican support in Congress, especially because they would involve raising corporate taxes and capital gains taxes for the wealthy.

On Thursday, Harris called on people to rally around the plans by keeping an open mind about how they might boost everyday Americans.

She invoked her memory of a young girl named Galya that she met in March when visiting a Connecticut school.

“I kneeled to speak to her and I said ‘Galya, you can be anything you want to be,’” Harris remembered, smiling widely. “And you know what she said? ‘I want to be everything.’” 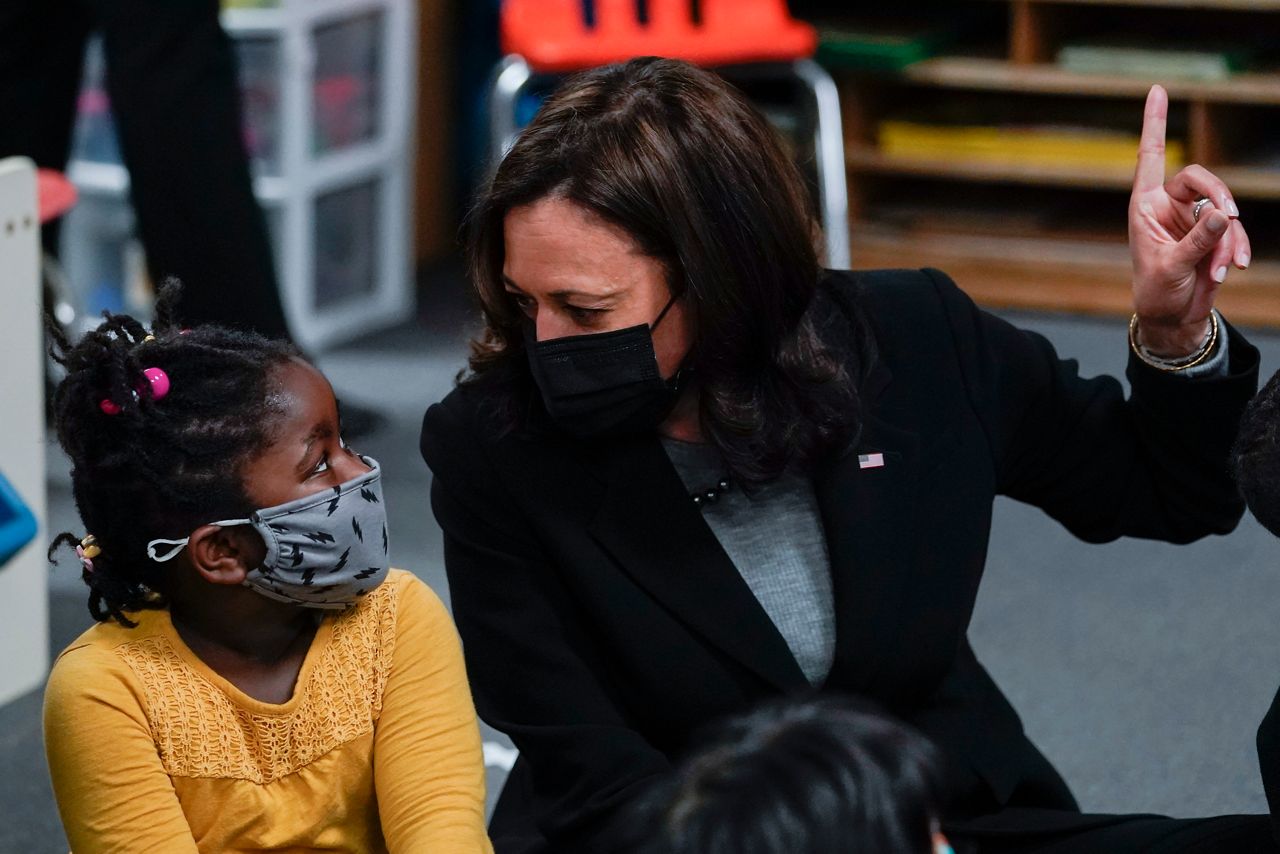 Harris also touted American Rescue Plan, the $1.9 trillion COVID-19 relief bill passed in March, as a boon to jobs, vaccinations and the nation’s recovery over the last few months.

After she toured Baltimore’s mass vaccination site earlier in the day, she also called on people to get their shot.

“If you haven't been vaccinated yet, or if you know somebody who hasn't, please ask folks to just roll up their sleeves,” Harris said.