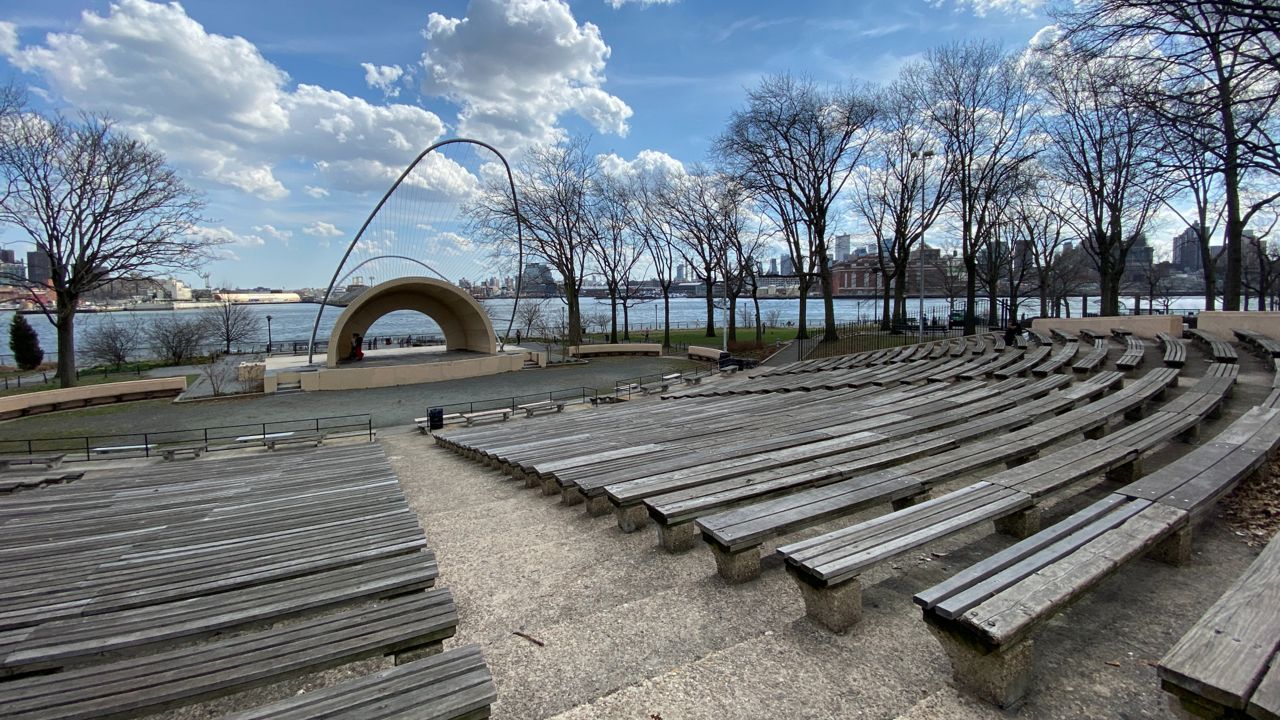 Save East River Park: that’s the message and goal of protesters who rallied Sunday.

As part of the city’s East Side Coastal Resiliency plan, the green space would be demolished, something opponents say does more harm than good.

“I think it’s fishy, wish-washy, ill-planned, all of the above," said opponent Jay Frank.  "It doesn’t seem concrete, well-planned. It’s like a bulldozed ramrod."

The city began devising its East Side flood protection plan in the wake of Hurricane Sandy.

Neighborhoods like the Lower East Side were impacted by the storm and lost electricity for several days.

The creation of 2.4 miles of flood protection will stretch out from East 25th Street to Montgomery Street. The design also includes flood walls, floodgates, as well as an elevated East River Park.

The city initially committed to leaving almost half of the East River Park open to the public during the construction. Then the design plan changed, which means most of the park will now be closed once crews break ground.

“We had a plan that the community worked on for years, planing everything, going over structures and then the mayor unilaterally decided, without community input, that the way to save the park was to destroy it for at least 5 years,” said resident Judy Capel.

“It’s really important. I live near the park and I go almost every day,” added resident Ella Frank.

The city has said that the changes to the design would allow it to finish six months sooner, making the project less disruptive for surrounding communities.

Critics say the project could take longer because of the current financial crisis caused by the pandemic. That would leave New Yorkers who live in the flood plain, including low-income NYCHA residents, without valuable green space for years.

“It was done incorrectly," said opponent Joseph Reiver. "The report is almost entirely redacted, and I think people are tired of the administration bulldozing past the community input."

Supporters of the plan have argued that safeguards should be put in before another devastating storm and waiting any longer could be hazardous.

The East River Park Action group, which organized the rally, says it hopes the city’s next mayor will reconsider.

The project is expected to be completed in 2025.