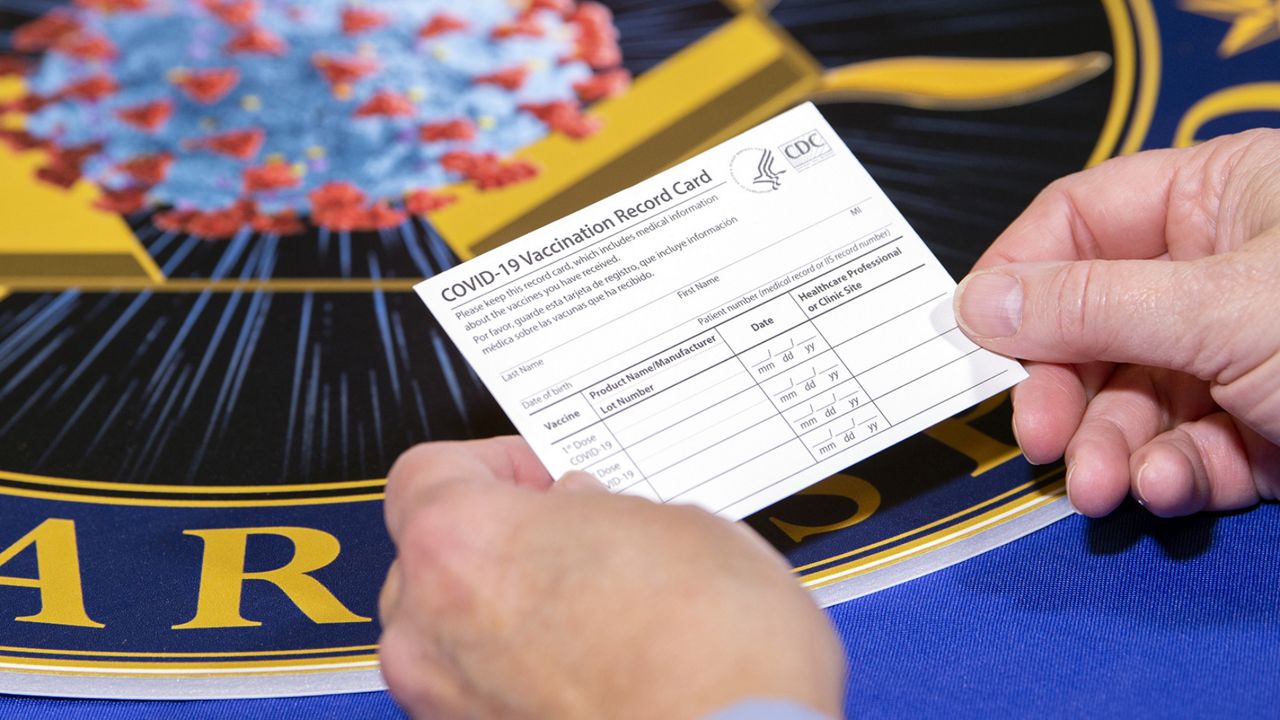 LOUISVILLE, Ky. — As immunizations continue to be administered into millions of arms across the country, some are choosing to bypass the shot, but still wanting the vaccine card.

According to a recent Carnegie Mellon University survey, about 23% of the people polled say they are resistant to receive a vaccination against COVID-19, threatening the goal of herd immunity in the United States.

Now, another problem is popping up with cybercriminals. They are looking to cash in on fake vaccination cards, supported by those who don’t want the shot.

Ladonna Koebel, executive director at the Kentucky Attorney General's Office says, "The rise of scams is so great that literally anything associated with COVID has led to a whole new cottage industry of crime and of ways to steal identity and for the scammers to make money," says Koebel.

Koebel adds while there’s a possibility of travel restrictions for those not vaccinated, some are opting to buy and sell the falsified cards.

"Really there aren’t a lot of reasons in Kentucky to buy a card because the COVID vaccine isn’t mandated for most things. Could be for international travel and it’s really something that creates a safety risk for others if they’re falsifying a card and not being honest and forthcoming," adds Koebel.

Because these are federal documents, Koebel is warning Kentuckians if you are purchasing or selling fake cards you are breaking the law.

That’s why a bipartisan coalition of 45 attorneys general including Daniel Cameron is asking internet companies to crack down on fake vaccine card sales.

"Don’t buy a fake COVID card. Either get the shot or don’t but don’t use a falsified forged instrument cause you can subject yourself to criminal penalties," explains Koebel.

With a quick search on social media, it isn’t difficult to see which friends and followers have received their COVID-19 vaccine. But the Better Business Bureau says you may be doing more harm than good.

Reanna Smith-Hamblin, resident and CEO for Better Business Bureau Louisville tells Spectrum News 1, "People will show the entire card and that’s just the avenue for scam artists to get that information, your name, you're birthdate, other personal information," explains Smith-Hamblin.

If you feel the urge to share the news that you’ve received your badge of honor, Smith-Hamblin says post a picture of the sticker or of yourself getting the shot.

"If you’re excited and you want to share the information you know do a little thumbs up I got my vaccine or show the sticker where you got your vaccine, do something like that," suggests Smith-Hamblin.

Fortunately, the BBB hasn’t had any reports of identity fraud tied to the vaccination card selfies. We’re trying to get in front of it, trying to educate the public," says Smith-Hamblin.

However, experts say people selling these look alike three by four inch cards that are falsified on the dark web are in high demand.

"What happens is they’re such a hot commodity people are putting the fake ones on places like Craigslist as well so there’s fake sites with the fake vaccine cards," adds Hamblin.

In the meantime, the BBB is recommending you check your credit score at least once a year to make sure your identity has not been stolen.

To get your credit report you can visit, click here.