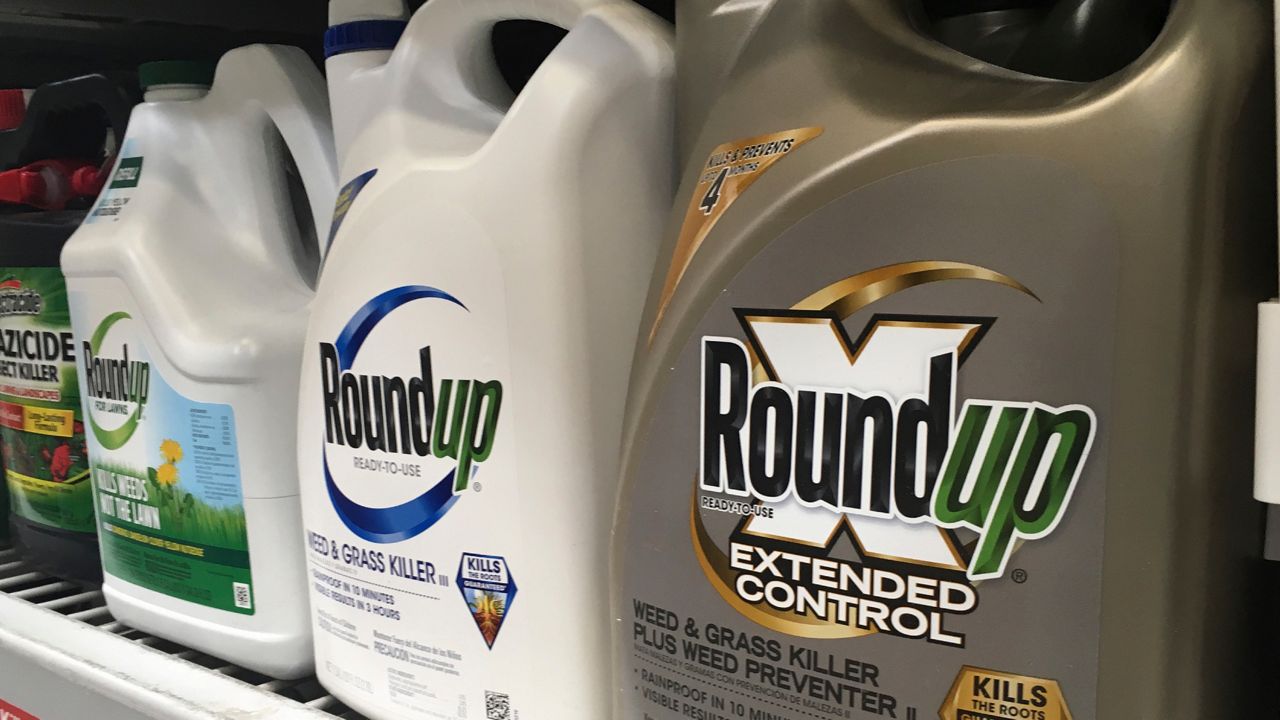 In 2015 and again in 2017, dozens of young students from the school came to the City Council to “testify” on behalf of a proposed law: a ban on chemical pesticides and herbicides in all public areas, including parks and public housing.

They brought homemade posters and signs, and chanted: “Hey hey, ho ho, toxic pesticides and herbicides have got to go!”

Yet for six years, versions of that ban languished in the chamber. The most recent ban, Int. 1524, submitted in April 2019 just a few days before Earth Day by Council Member Ben Kallos, now has 32 co-sponsors -- two shy of a veto-proof majority.

A main obstacle to the legislation, Kallos and one of the bill's authors say, is the city Parks Department, which is responsible for the vast majority of city pesticide and herbicide use.

“We’ve been unable to persuade the Parks Department that they don't need to spray toxic chemicals that can hurt their workers and our families and children,” Kallos said. “I’ll take weeds all day long over cancer. I don't know why this is such a big problem.”


The ban is primarily aimed at preventing the city’s Parks Department from using a chemical herbicide used to prevent the growth of weeds that has been linked to certain cancers: glyphosate, better known by its commercial name, Roundup, the world’s most popular weedkiller.

A spokesperson for the Parks Department did not respond to a question about whether or not the department supports the chemical agent ban.

At a January 2020 hearing on the bill, Liam Kavanagh, the first deputy commissioner of the Parks Department, said that the department would support legislation that allowed them to continue using chemical pesticides like Roundup for taming invasive species in wooded areas, minimizing weed growth on traffic medians and for responding to public health emergencies.

“If the legislation permitted use on the basis of those three criteria, we think it is something we could certainly adapt to,” Kavanagh said.

City Council Speaker Corey Johnson has not brought Kallos’ bill for a vote since it was introduced. But in response to a request for comment for this article, Johnson’s office said the speaker would bring the bill to the floor for a vote within the coming weeks.

“No family should have to worry about being exposed to pesticides in a city park,” a representative for Johnson said in an emailed statement. “The Speaker supports this bill and plans to bring it up to a vote this month."

Johnson’s office did not respond to an emailed list of questions, including why the legislation was not brought for a vote sooner.

The bill would ban city agencies and anyone working on behalf of the city from using anything but biological agents derived from natural materials to curb pest and weed growth. Agencies would need a waiver for any usage of a chemical agent like glyphosate.

The city has banned the use of toxic chemicals in public spaces since 2005, with the passing of Local Law 37.

Glyphosate, which was introduced in 1974 by the agrochemical giant Monsanto, has been linked in scientific studies to certain cancers, such as non-Hodgkin’s lymphoma, while other studies have found that extended use of glyphosate has led to pesticide-resistant weeds and pathogens. In February, Bayer, the pharmaceutical company that owns Monsanto, agreed to pay $2 billion to resolve future class-action lawsuits brought by plaintiffs who say their cancers were caused by glyphosate.

The spokesperson also said that the $2 billion settlement did not reflect an admission of "liability or wrongdoing," but "reflected a desire to end the litigation-related uncertainties and confusion and to enable the company to fully focus on the future."

The U.S. Environmental Protection Agency does not consider glyphosate to be a carcinogen, yet the EPA has come under scrutiny over emails that show that officials with the agency coordinated with representatives from Monsanto to slow down a safety review into the chemical in 2015.

A report published by New York City’s Department of Health and Mental Hygiene found that in 2016, the city used about 321 gallons of Roundup products, including 43 gallons of the chemical in a concentrated form. The Parks Department accounted for 305 gallons of the total, spread over 1,050 applications.

The report does not detail where the chemical was sprayed, and noted that the World Health Organization considers glyphosate a “probable human carcinogen.”

The spokesperson for Bayer said that that conclusion, from a the cancer research agency of the World Health Organization, represented an "outlier" of other regulatory agencies' conclusions on glyphosate.

"There is no evidence that municipalities moving away from glyphosate for vegetation management, including invasive and noxious weed control, are enhancing safety," the spokesperson said.

The New York City Housing Authority reported using about one and one-third gallons of glyphosate products, over 16 applications.

The report said that glyphosate use spiked to more than 5,000 gallons in 2009, when the Parks Department used it to destroy invasive species in “remote, often wooded, parkland.” The total amount of the chemical used grew from 2010 to 2012, to more than 1,500 gallons, before declining to about 755 gallons in 2016, about 523 gallons of which were products containing glyphosate.

Pesticide use by the Parks Department has declined by 80% over the past four years, according to agency spokesperson Crystal Howard.

At the January 2020 hearing, Kavanagh said that in early 2018 the Department adopted a new policy, of primarily using the chemicals on the converted traffic islands in the Greenstreets program and in forests, meadows and wetlands within city boundaries, as well as for targeted poison ivy control.

Howard said that the Department typically dilutes the glyphosate, and does not spray it in playgrounds or dog runs or when members of the public are in the immediate area.

“We strictly follow state and city laws for reporting all pesticide use on Parks property,” Howard said.

Kallos said he is especially concerned by what many city residents don’t know about glyphosate and other chemical herbicides: that they are frequently used on blacktops in addition to lawn areas, to prevent weeds from breaking through the asphalt.

He wants the city to follow the lead of some conservancy areas that have already stopped using chemical herbicides, such as Battery Park City, which credits its use of compost for making chemical agents unnecessary.

‘An act of environmental racism’

A 2020 report by the Black Institute, a Brooklyn nonprofit that conducts policy research and organizes activist campaigns, reported that city data about glyphosate use in Manhattan obtained through a Freedom of Information Law request showed that 42 of 50 parks sprayed with glyphosate in 2018 were in Harlem, a historically and majority Black neighborhood.

“A chemical that disproportionately impacts people of color is an act of environmental racism,” the report stated. “When Black and Brown families that are economically disadvantaged must bear the burden of toxic exposure at a higher rate than white families, there is no argument that can change the racist nature of the subject.”

New York State is already set to outlaw the use of glyphosate on state land beginning on Dec. 31 of this year. But advocates of using organic material for regulating pests and weeds say that a blanket ban on chemical pesticides is necessary, since the potential dangers of other common pesticides are unknown.

“We know what a chemical does. We just don't know what else it does,” said Doug Wood, the associate director of Grassroots Environmental Education, a nonprofit that promotes awareness of chemical exposures, and who said he helped draft the current City Council legislation. “That’s been true from DDT, to asbestos, to BPA and non-stick coatings.”

“This is a problem with an easy fix,” Wood said. “The legislation is written. The people who are supposed to do something have already done it. Nobody has to reinvent the wheel here.”

Kallos has not tried to circumvent Johnson by bringing the legislation to the floor through a special process called a motion to discharge, even though Kallos credited the process with securing the passage of the Right to Know Act, a package of bills that enforced transparency in police interactions with civilians.

The motion requires eight council members to sign it, and then vote to bring the legislation for a vote without the Speaker’s approval.

“It’s an incredibly aggressive thing to do,” Kallos said. “It’s just something that is seen as incredibly hostile. I’m not sure that we are there yet.”

Kallos said he believes Johnson wants to pass the legislation, and is unsure why it has been held up. It’s possible the city is concerned it could incur litigation for passing a bill that is more restrictive than the state rule, he said.

“There are folks out here who just don't see what's wrong with spraying chemicals all over the places where our children play,” he said.