BROOKLYN, N.Y. — After a year of wailing sirens, lockdowns, masks and social distancing, many just want to move on and not look back. But one well-known fashion photogpraher is determined to document and preserve this moment.


On a cold morning in Brooklyn, Sophie Elgort is working in an outdoor studio she's created, photographing New Yorkers who've answered her open invitation on Instagram to come by and pose. One requirement: They wear a face mask.

"I just wanted to give everyone something they can remember this by because right now it's so normal for us to walk down the street and see people in masks, but hopefully it won't be this way forever," she told us in between taking photographs.

Elgort is a highly acclaimed highly fashion photographer. But here in East Williamsburg, she's doing something different: Creating a visual record of the pandemic through formal portraiture.

Some of her subjects see their photos as proof they have prevailed after a year of pandemic life.

"I thought it was so cool just to showcase different masks and how we're surviving," said Alice Kim, a fashion designer.

Elgort considers herself as much a storyteller as a photographer. And for this project she's not just taking photos, she's also interviewing people about their year.

"One woman told me that was has been great is that she has these incredible scrabble games with her mom," said Elgort. 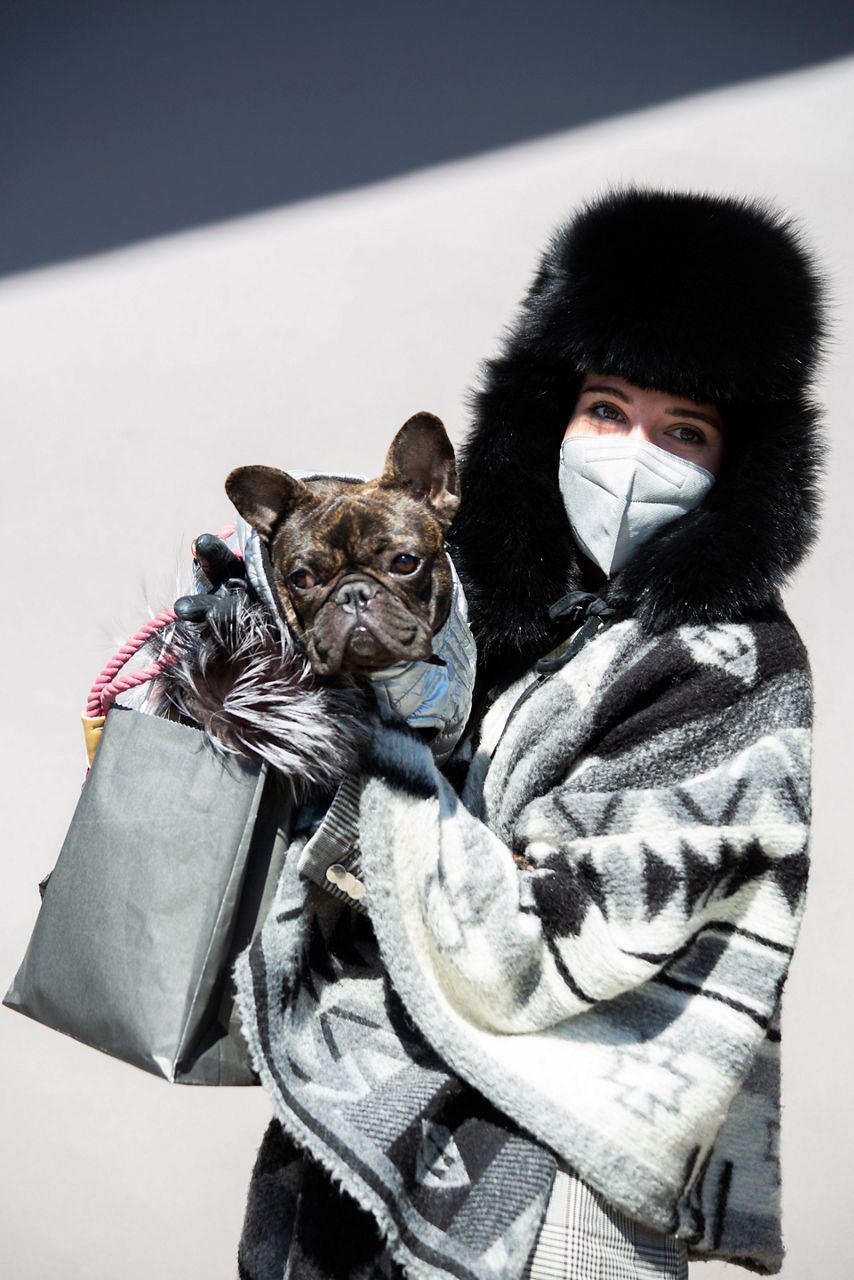 "That’s been one of my responses to the pandemic and I thought it’d be a good response to her photo project," said Donnelly.

After a quick costume change, dressed as "Gorgeous Georgeous", he showed us how to clean and stay in shape in a hilarious, completely improvised performance.

The next subject who came didn’t know what was going on, but happily got into the moment.

"I guess having some fun in a dark time," said Ashwini Anburajan, an entrepreneur.

And as I posed, a cute little dog pretty much photobombed me. Cleo, the dog, would up getting her portrait done too, with her owner.

"One thing that's been really nice it that It's been kind of so long since some people have had interaction with other people, that once people get together there's something really like special and electric about it and there's this energy that you can clearly feel. So I think that's just what happened today," explained Elgort about the giddy feeling everyone seemed to be having.

The next session is April 11th. Elgort hopes to eventually do a gallery show and perhaps a book of the images and stories.