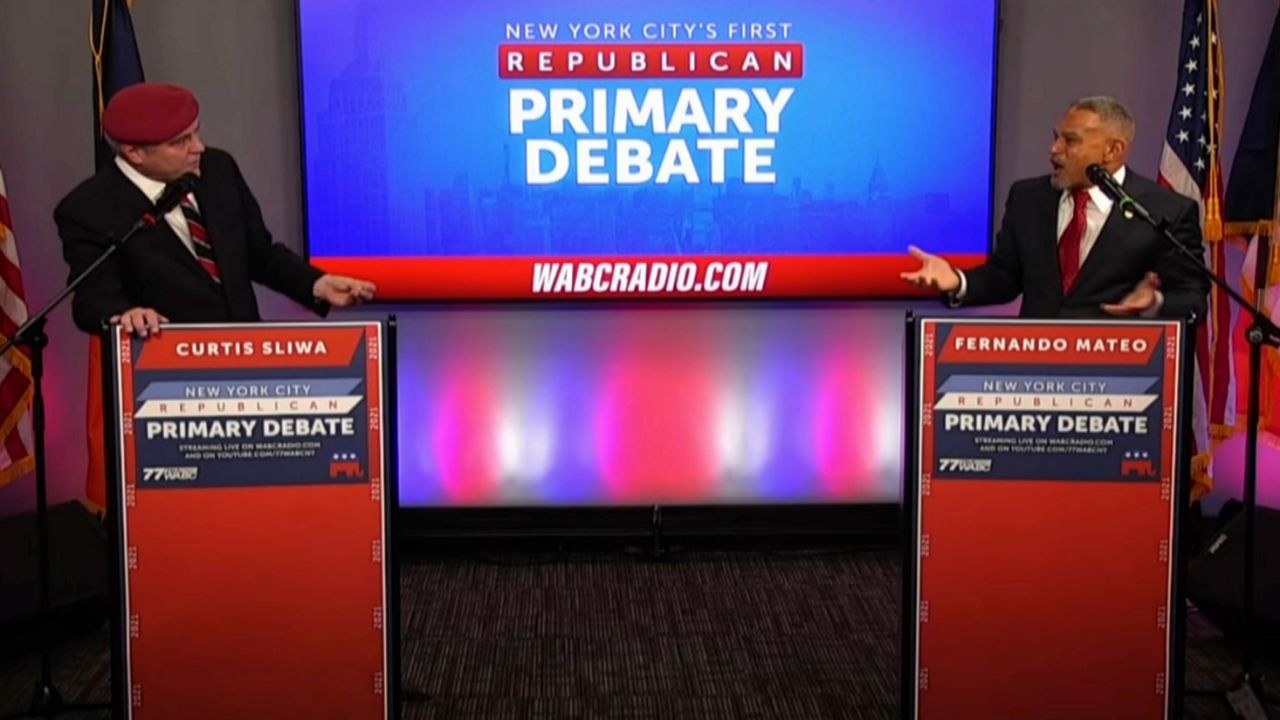 Republicans Sliwa and Mateo Face Off in Fiery Mayoral Debate

“You raised money for him, straw-purchased donors, which is illegal. You helped elect the man who single-handedly has destroyed this city,” Sliwa said.

Mateo did raise money for the current mayor, but he was never charged with a crime.

“You know what? I have enough dirt to cover your body 18 feet over,” Mateo responded.

This is both candidates’ first run for office.

Dominican-born Mateo has advocated for livery cab drivers for decades, and has worked for Republican campaigns like President George W. Bush’s and Mayor Michael Bloomberg’s.

Sliwa is a radio host and former NY1 pundit.

Both candidates think Donald Trump will run again for president in 2024, and agree Governor Andrew Cuomo should be criminally indicted for the nursing home scandal.

The key issues for both candidates are law and order and public safety.

“The men and women of the Police Department have been impaired by this mayor, Bill de Blasio, and this City Council,” Sliwa said.

Mateo has been endorsed by the Republican parties of Manhattan, The Bronx and Queens.

Sliwa has gotten the nod from the GOP of Staten Island and Brooklyn.

The primary has already divided the Catsimatidis family.

Billionaire John Catsimatidis, who decided not to run for mayor this year, is helping Sliwa’s candidacy.

He also owns 77 WABC Radio, which hosted the debate.

His daughter Andrea, who chairs the GOP in Manhattan, has endorsed Mateo.

Another Republican running for mayor is assets manager Sara Tirschwell, who declined to participate in the debate saying it wasn’t an independent forum, since the station’s owner had already endorsed Sliwa.