MILWAUKEE — For Mary Lou Ballweg, it took years of menstrual pain and a bout of intense fatigue — one that left her unable to even walk around her house — before she got diagnosed with endometriosis.

The disease, which can cause intense, chronic pain, has long been mired in taboo and a lack of understanding. And when Ballweg first started asking around, trying to connect with other patients, she was drawing a blank.

“Once I was diagnosed, I really said, ‘I can’t possibly be the only woman dealing with this,’” Ballweg said. “‘Where are the others?’”

Of course, Ballweg was not, in fact, the only one: Scientists estimate that endometriosis may affect as many as 1 in 10 women in their reproductive years, or around 200 million worldwide. But a lot of unanswered questions remain about the disease — and on average, patients are left waiting through almost a decade of painful symptoms before they get diagnosed.

That’s why, since getting her diagnosis, Ballweg has spent much of her time trying to advance the conversation around endometriosis and let other patients know they’re not alone.

As the president and co-founder of the Milwaukee-based Endometriosis Association, she helped establish March as Endometriosis Awareness Month. She and her team have pushed for more research, more understanding, and better care for women like herself.

“It just really took patients saying, ‘Wait a minute. This has completely disrupted our lives in so many ways. Disrupted our education, disrupted our careers and work, disrupted our relationships with spouses, with family, with friends,” Ballweg said. “‘It does matter.’”

Essentially, in a case of endometriosis, the uterine lining “strays from its intended place,” explains Dr. Bala Bhagavath, a professor of obstetrics and gynecology at UW Health.

Tissues that look like the ones inside the uterus end up growing in other parts of the body — sometimes on the ovaries, fallopian tubes, or on the surface of the bowels. So during the menstrual period, these tissues break down just like the actual uterine lining, but can’t find an exit.

“These tiny spots are bleeding every month, but they have no way to go anywhere,” Bhagavath explained. “And then the body has to come and fight to contain that.”

Without anywhere to go, the blood can build up and form painful cysts. Plus, when the body detects these out-of-place cells, it can mount an immune response, leading to a cycle of more inflammation, Bhagavath said.

This can lead to a lot of chronic pain for patients. Key symptoms include pelvic pain, especially during periods; pain during or after sex; pain with bowel movements or urination; or digestive issues. Endometriosis is also linked with a higher risk of infertility.

But because pain can be a hard thing to measure, and these symptoms can also be linked with other conditions, Bhagavath said endometriosis doesn’t always get diagnosed right away. Confirming a case requires a laparoscopy or “putting a camera down the belly button.”

There are different treatment options for endometriosis patients — including hormone treatments and surgeries to remove cysts — although there’s no complete cure. Bhagavath said it’s like “weeding a garden,” since the work is never truly done.

Some of the challenges for endometriosis patients, then, have to do with the disease itself. But Ballweg said especially in the early days of her work, a lot of the barriers to good science and effective treatment were man-made.

“It all boils down to one word, really, which is stigma,” she said. 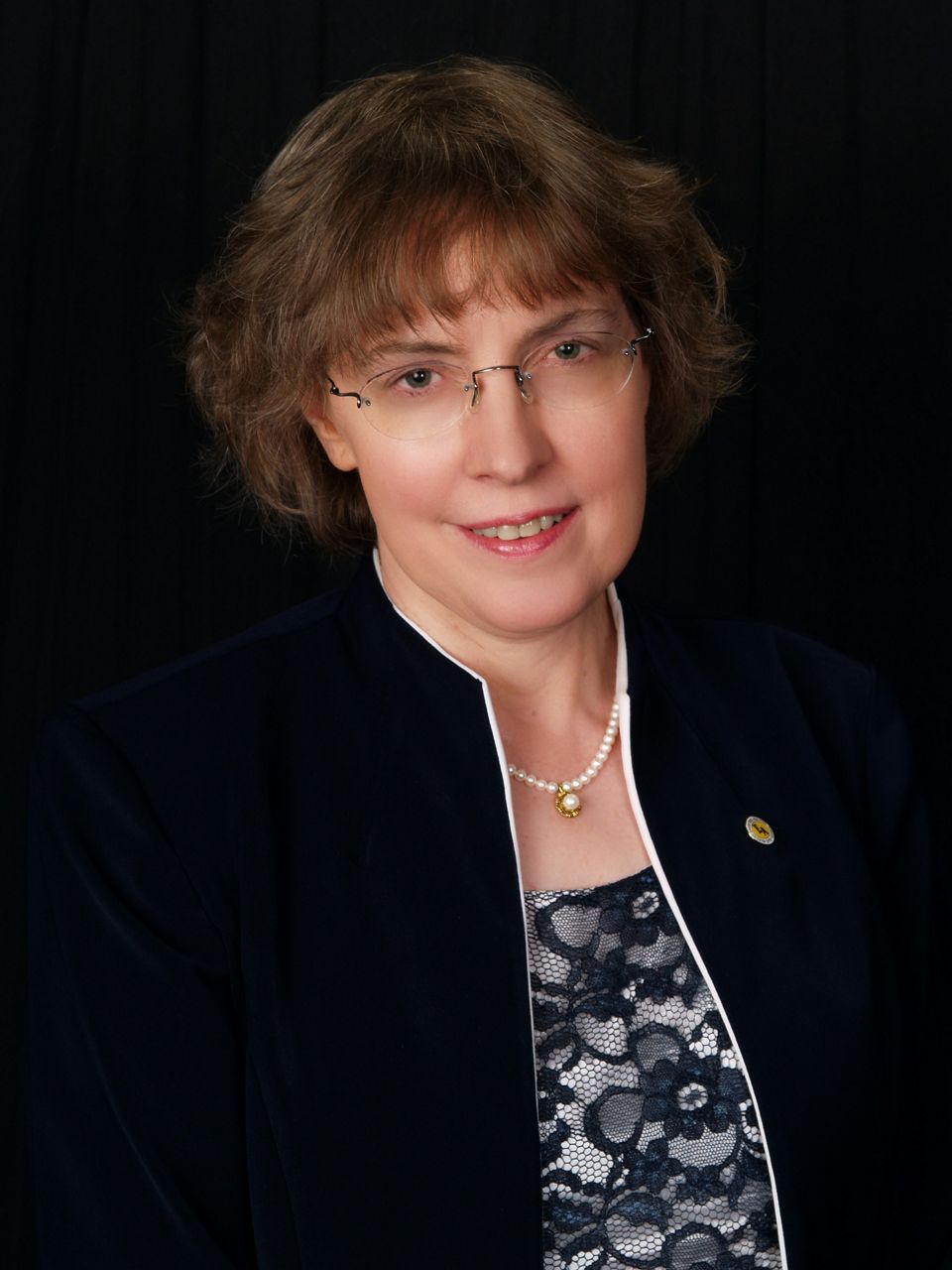 At the time Ballweg was diagnosed, she said there was a lot of taboo swirling around the disease.

She’d hear from other endometriosis patients that their doctors had dismissed their symptoms and written them off as “chronic complainers.” Or, she’d have conversations with scientists who wondered why anyone would want to study menstruation.

“And I would say, ‘Wait a minute. Without menstruation, you wouldn’t be here,’” Ballweg said.

Some of the common knowledge around the disease was more like “mythology,” she said — like that Black women couldn’t get endometriosis, or that getting pregnant would “cure” endo patients.

Over the years, the Association has pushed for research to better understand and treat endometriosis, Ballweg said. And scientists have already learned a lot in the past few decades, like potential links with autoimmune conditions and environmental factors.

One of the key puzzles that remains, though, is what actually leads a case of endometriosis to develop, Bhagavath said — a mystery that may be key to finding a cure.

“Unfortunately, at the end of the day, we don't know what causes it,” he said. “That's where we are still struggling.”

It’s a controversial topic that has produced a few different theories — like that menstrual blood flows back through the fallopian tubes and gets stuck, or that other types of cells get converted into endometrial-like tissue — but no solid answers.

The disease is especially hard to study because it only occurs naturally in humans, so we don’t have the animal models that are often key to scientific research, Bhagavath said.

Despite the challenges and questions that persist, Ballweg said connecting with other endo patients over the years has been its own reward.

“As soon as you talk to others who've been there, who really have experienced this, that is so validating,” Ballweg said.

Since the Endometriosis Association started — first meeting in the dining room of Ballweg’s “Victorian fixer-upper on the East Side” — it’s grown to reach a global audience and connected with patients across dozens of countries.

And since 1993, the group has used March as a “focal point” for highlighting endometriosis. From handing out yellow ribbons, to holding marches and fundraisers, to speaking from the steps of the Lincoln Memorial, Ballweg said there have been plenty of memorable moments from past Endometriosis Awareness Months.

This year, the pandemic has moved most of the action online. There have been some symbolic gestures: In Maryland, the Government House lit up yellow in honor of endometriosis awareness. And the Association is also encouraging endo patients to write letters to health care providers about their experiences with the disease.

Bhagavath said along with advancing research about the disease, he’s seen a real increase in awareness in recent years — among doctors who treat it as well as patients who advocate for themselves. Though there’s more progress to be made, he’s encouraged by these trends to get earlier diagnosis and better care for endo patients.

“There is plenty of hope today,” Bhagavath said. “I would tell women that they should be hopeful that even now, they can get good treatment for their symptoms if they have endometriosis. And the future only looks brighter.”

Ballweg knows living with the pain of endometriosis can be difficult to grapple with, and has been through multiple rounds of surgeries and treatments to manage her symtpoms. Research has shown that many endometriosis patients struggle with their mental health, including with suicidal thoughts.

For anyone who is struggling with endometriosis, Ballweg said it’s essential to reach out and know they are not alone. She said connecting with others who have shared her experience has been the most rewarding part of her work, and reminded women that there is always a path forward.

“Many of us have been in that situation, and have found relief,” Ballweg said. “It isn't necessarily overnight, and that's hard to accept. But please hang in there. There is always hope.”

If you or someone you know is at risk of suicide please call the U.S. National Suicide Prevention Lifeline at 800-273-8255. To contact the Endometriosis Association for support, reach out to support@endometriosisassn.org or call 414-355-2200.