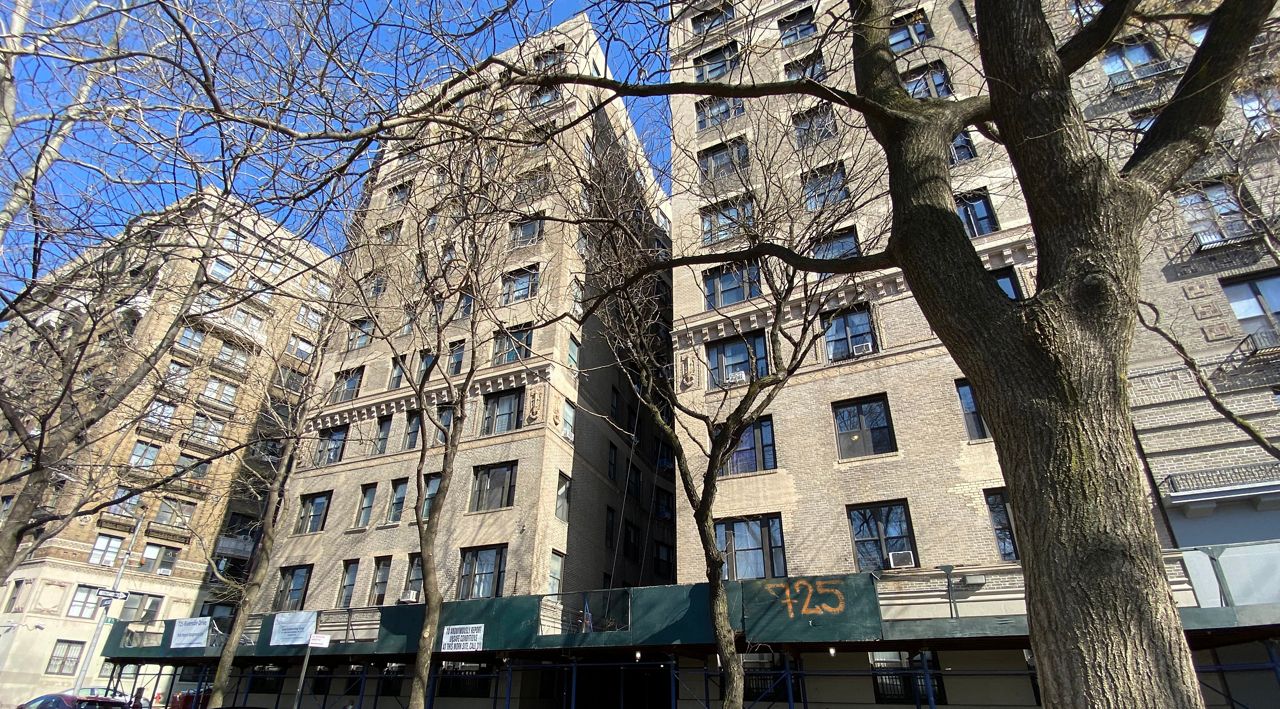 NEW YORK — James is a retired MTA employee. For years, he’s rented an apartment in the basement of his home, but the longtime tenant stopped paying rent in September.

He said he's concerned about his retribution from his tenant because he talked to NY1, so we're not using his last name.

James says his wife is already suffering, unable to afford her medication without rent payments.

His wife, Maria, has had a dozen spinal surgeries from a car accident and also suffers from rheumatoid arthritis. James says they can’t afford the co-pay on medication to manage her condition.

James cannot boot his tenant because of a year-long state moratorium on evictions to protect those unable to pay rent because of income losses caused by the pandemic.

Graves-Briceño, an actress and teacher, says her whole retirement is wrapped up in the one unit she rents out in Harlem.

“I’m gonna hold out as long as I can and unfortunately it’s draining me dry,” Graves-Briceño said.

She says her tenant stopped paying rent nearly a year ago even though the financial records he submitted nearly two and a half years ago, when he moved in, showed $1,465,540 in his checking account. He tells NY 1 he lost all his money because of the pandemic and is now broke.

Because he didn’t sign a lease, he has fewer protections from eviction, but Graves-Briceño says getting a court date is proving impossible because of the pandemic.

“Why is a middle class mom and pop landlord footing the bill for the government who makes a decision that the renter doesn’t have to pay rent and can stay in the unit as long as the courts are backed up?” she asked.

Although the eviction moratorium remains in effect, New York City Landlords are lining up for the day it is lifted – which could come as soon as May. They have filed 42,296 cases since last March 15th, according to Princeton University’s Eviction Lab.  Some small landlords like James say relief cannot come soon enough.

"The law is upside-down," he said.

“My stomach is turning,” he said.

The governor’s office puts this problem on the courts saying a judge could override the ban if a tenant is a nuisance or a danger, but lawyers say such rulings are extremely rare.

The Office of Court Administration says only that once the moratorium on evictions ends, “the New York City Housing Court will be there to dispense justice...”

The Assembly Speaker and Senate Majority Leader did not respond to NY1's request for comment.