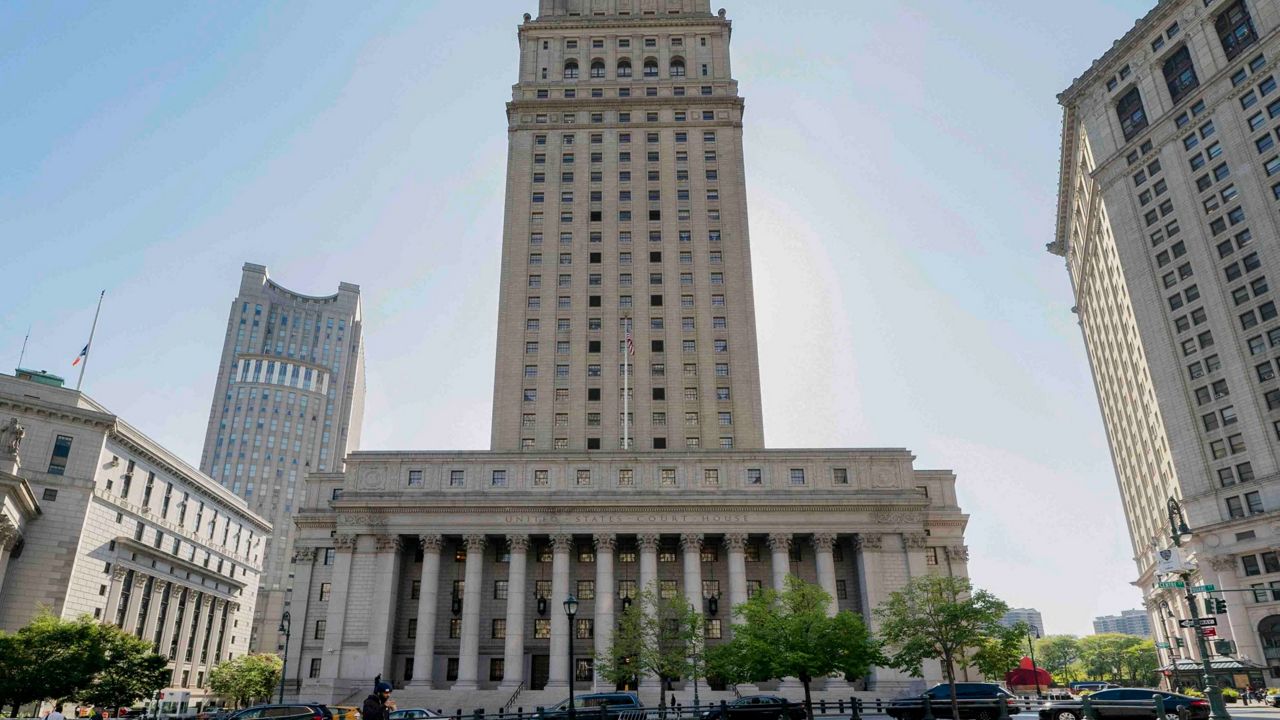 In the past eight decades, Manhattan has had just three elected district attorneys.

Cy Vance is declining to run again and the eight Democrats in the crowded race to fill the high-profile seat are working to distinguish themselves from one another.

In the first of a three-part series on the race, NY1 looks at the three candidates who regularly start their pitches from their very beginning.

Their first experiences with the legal system — after all — came when they were children.

“I came here from an ocean away, in my case, to flee the violence that was happening in Iran in my home country during the Revolution," said Tali Farhadian Weinstein. “I’m also shaped by the experience of having worked for 10 years, my family, on our legal case, trying to get asylum and only getting relief when an amnesty passed.”

Alvin Bragg said, “I grew up in Harlem in the ’80s and was introduced to the criminal through three lawless, gunpoint stops by the NYPD, the first at the age of 15 on my street corner, falsely accused of being a drug dealer.”

“My father was sentenced to 22 years in prison and overnight, my mother became a single parent to 10 kids," Tahanie Aboushi said. "And this went down in Brooklyn. It was a very destabilizing and destructive experience. We had to leave our childhood homes, our schools, everything, life as we knew it.”

Farhadian Weinstein was formerly the general counsel in the Brooklyn DA’s office.

“I would focus on the trauma of survivors," Bragg said. "And I think that there’s been an undue focus on quote winning or losing and not on the process.”

Farhadian Weinstein said, “I’m going to make sure that the ADAs who answer to me are investigating the offenders and not the victims.”

And in a primary with nearly every candidate running to the left of Vance, Tahanie Aboushi, a civil rights attorney, has seen a coalition of progressives line up behind her.