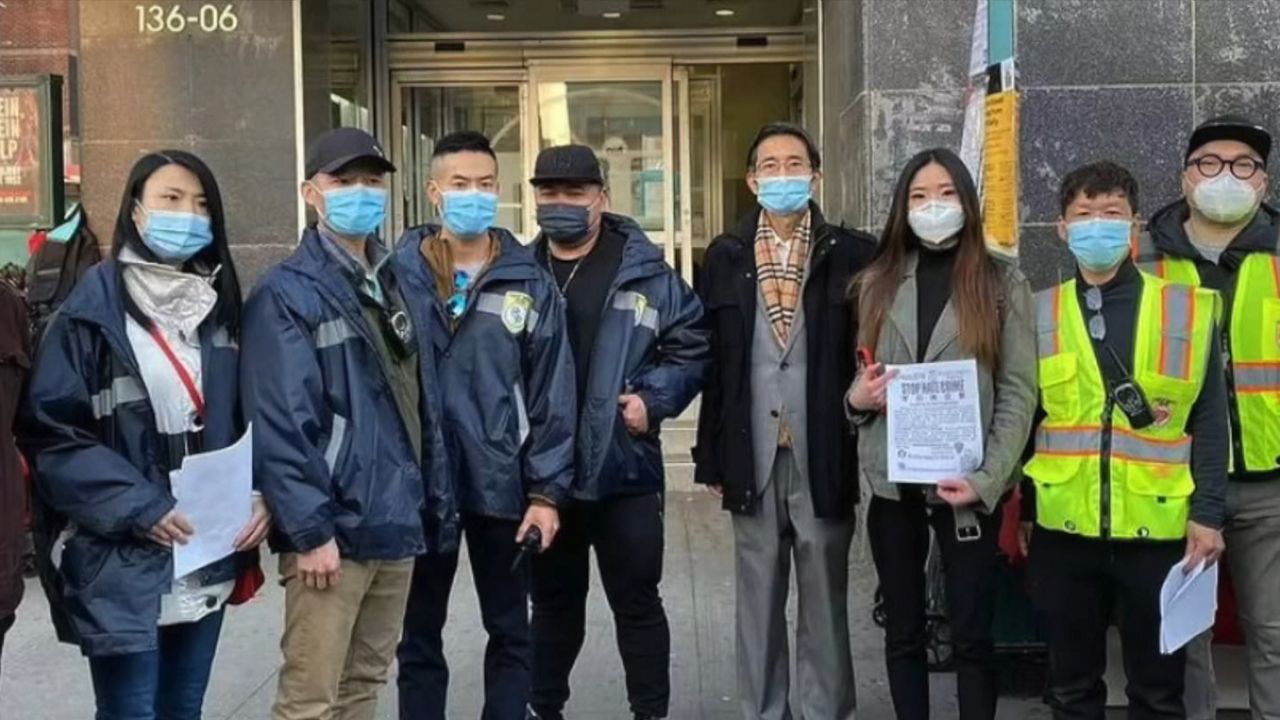 Community activist Andy Chen says residents of Flushing are exhausted by the spike in bias crimes against Asian Americans in the city.

It is personal for Chen, just two months ago his mother was shoved to the ground in Elmhurst, Queens.

At least six possible anti-Asian hate crimes have been reported in the city since Friday, including one in the heart of Flushing, which has a large Asian-American communities.

Police released a video of a man smacking a phone from the hands of a man who was recording him for allegedly using racial slurs.

The NYPD says 22 anti-Asian hate crimes have been reported so far this year - there were none in the same period last year.

Police Commissioner Dermot Shea told NY1 the NYPD is stepping up its presence in Asian American communities, and may deploy undercover officers.

"You are going to see uniform as well as some people who may surprise you and we will have more to say on that when we redeploy some of our if you will, to be out there and to make sure that, you know, people aren’t being unfairly targeted, whether in the transit system or above ground."

It is not just the NYPD, some Asian American groups are trying to do their part in deterring these attacks.

Kenneth Chiu, vice president of the Coalition of Asian Americans for Civil Rights, says four civilian patrol groups with a total of 100 volunteers have formed in Flushing alone.

"These are just normal people. Normal residents, normal merchants that are just fed up and concerned and want to do a little more to make sure their community is safe."

Chiu says these neighborhood watch groups are working closely with police in the 109th precinct.

The man whose whose phone was broken over the weekend was reportedly a member of one of these groups.

Police and community leaders are asking New Yorkers to step in to stop these incidents or at least record them, but only if it is safe to do so.