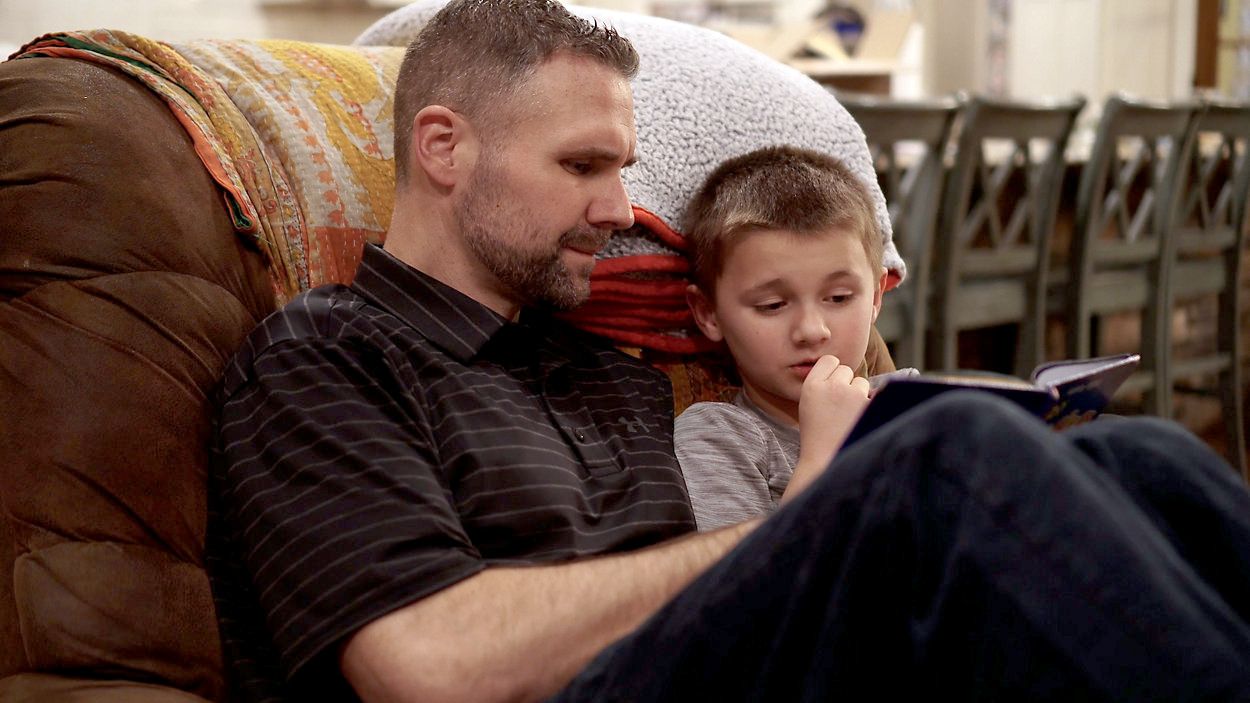 Bracing the Blow of Early Onset Colorectal Cancer: One Man’s Journey With An Unexpected Diagnosis

"When life isn't fair, feels like it's not fair, we can still go through life with grace," Mark Brace said during an interview in Feb. 2020, less than a year after he was diagnosed with rectal cancer. He was 38 years old at the time.

The cancer diagnosis came as a complete surprise to Brace. The active husband and father of three young children said he generally felt healthy. “We were going on vacation, and you know, feeling everything's going good, right? Coaching the kids’ sports and work couldn't be going better,” said Brace. 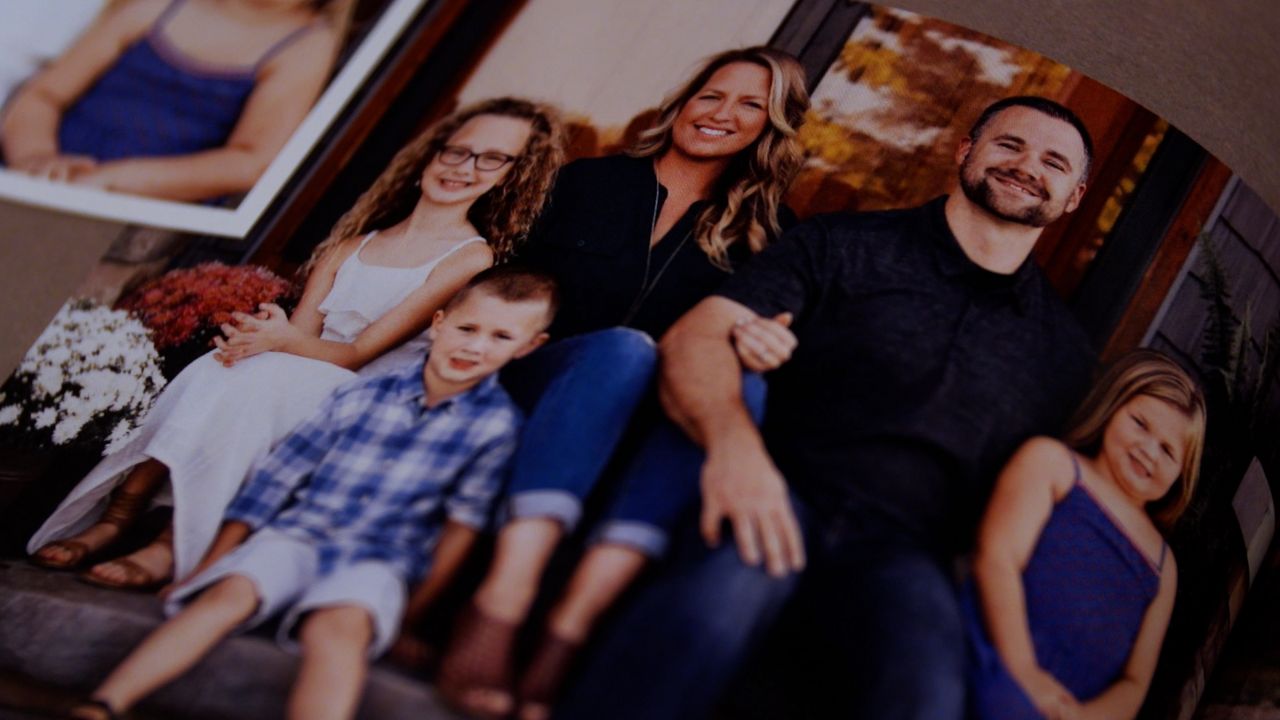 His symptoms came on suddenly, he first lost his appetite while they were on vacation. Within weeks, he lost 20 pounds. Then he noticed blood in his stool, so his doctor sent him to get a colonoscopy.

He was sent to a colorectal surgeon, Dr. David Rosen at the Cleveland Clinic.

"He said, 'there's not a way to cut through this. You have stage four cancer. It's bad,'" Brace said of Dr. Rosen's assessment. "I looked at my mom and I looked at my wife and I said, 'I can't imagine hearing what you just heard, sitting where you are.'"

About 90% of colorectal cancer cases – cancers of the colon and rectum – occur among people older than 50, but a growing number of younger adults are being diagnosed with the disease.

Data from the National Cancer Institute shows that cases of colorectal cancer in adults younger than 50 increased about 80 percent between 1994 and 2017.

The alarming trend made headlines last summer with the death of actor Chadwick Boseman, who passed away at 43 due to complications from colon cancer. 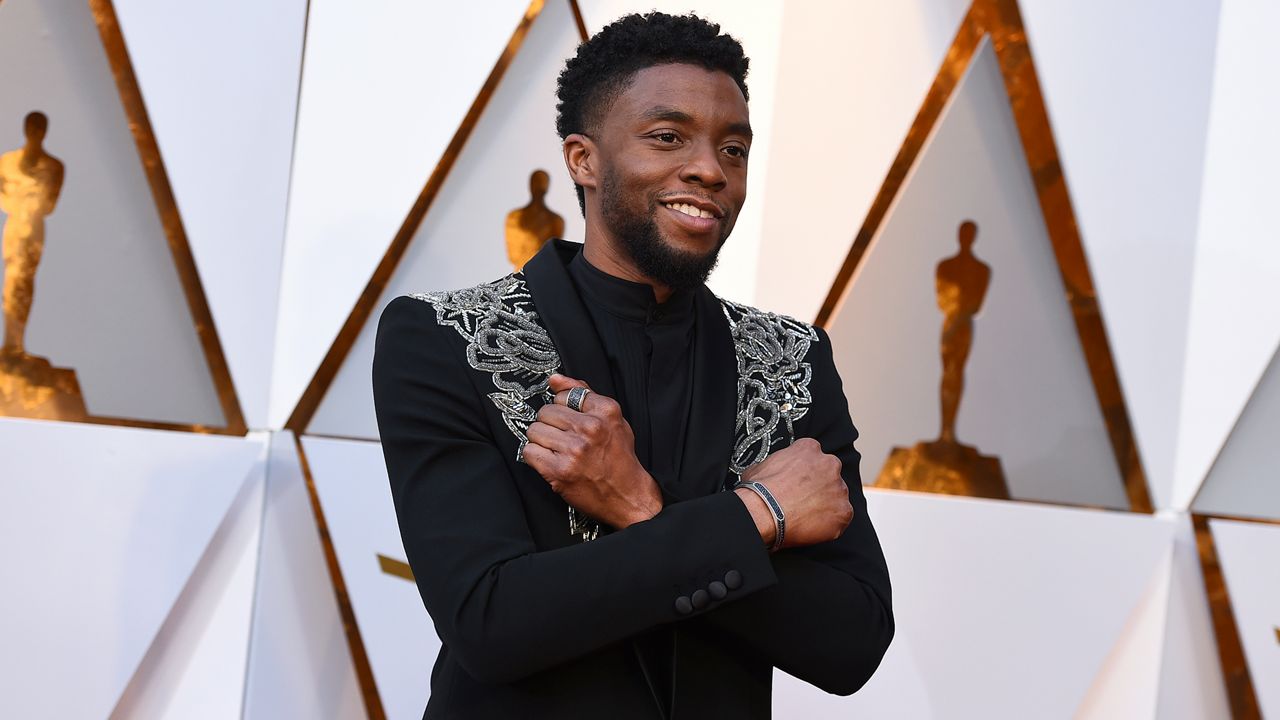 When we caught up with Brace in the fall, he said the news hit him hard.

"It was sad especially with how he specifically passed away," said Brace. "I mean, I straight up cried on my chair, I had tears falling because he was me."

In younger adults, the cancer tends to be further along when discovered. An American Cancer Society study found that people under age 55 were 58 percent more likely than older adults to be diagnosed with late stage colorectal cancer. 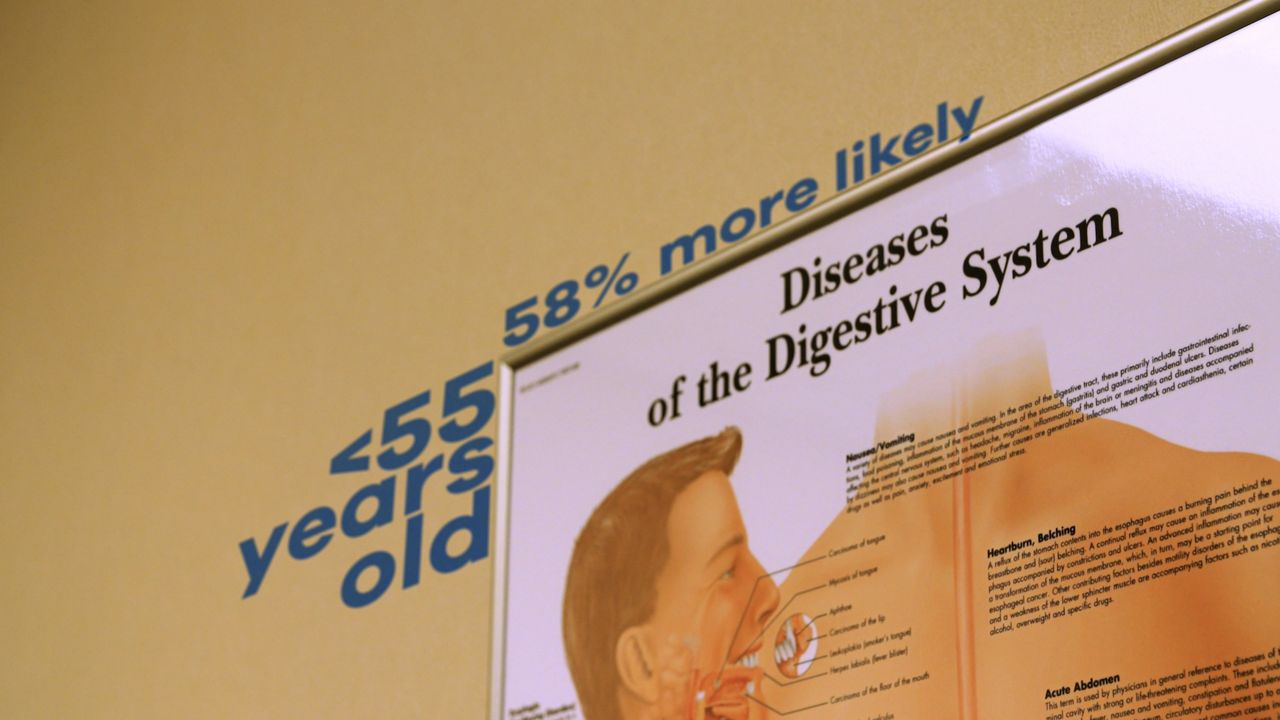 "We're doing a better job of screening colonoscopies in older people and catching these colon cancers when they're still in their polyp form and haven't yet become a cancer," Dr. Rosen said.

The problem is that colonoscopies are not routinely offered for adults under 45 years old, so the cancer can grow unchecked. Emerging research suggests that poor diets, full of sugar and processed foods, could be the root of this trend of younger adults experiencing colorectal cancer. More research is needed to fully understand the alarming trend.

"If you develop signs of rectal bleeding, pain, changes in your bowel habits, changes in the caliber of your stools, it's really important to get in to see a physician and get a colonoscopy," said Rosen. 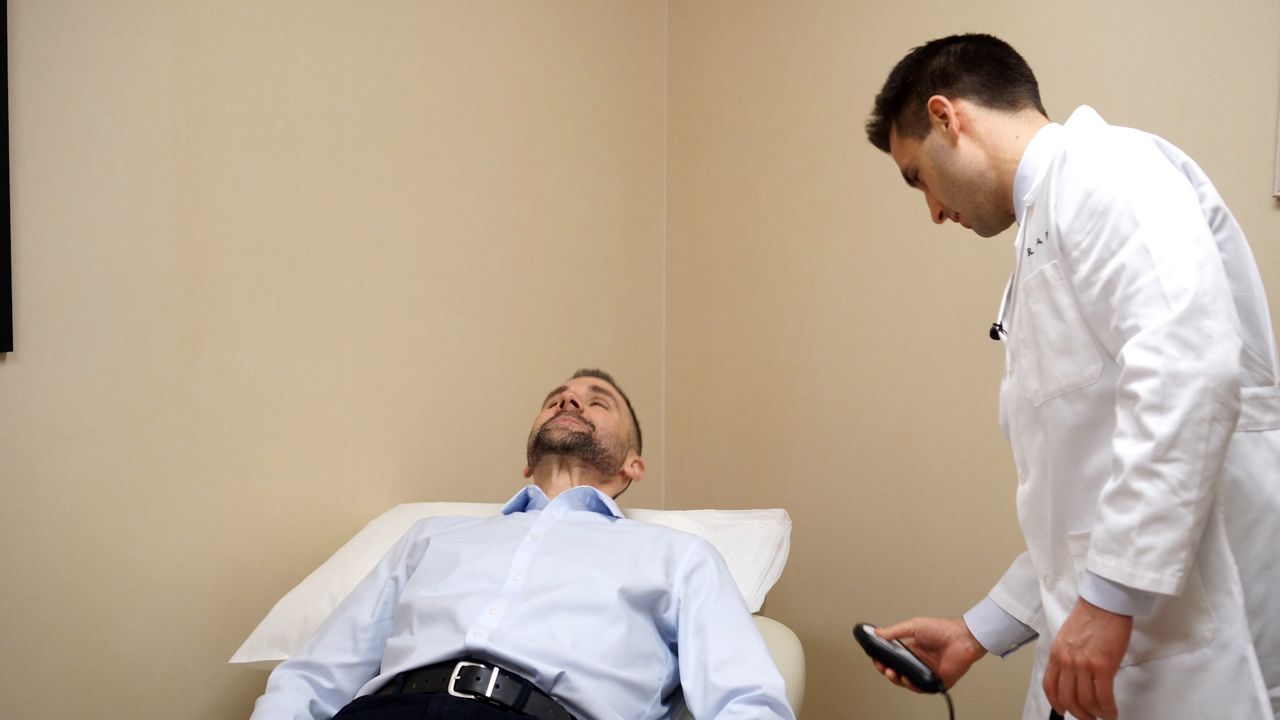 Rosen removed Brace's tumor, but the cancer had already spread to his liver and lymph nodes. The prognosis was not good.

This Valentine’s Day, Mark Brace lost his battle with cancer. He was 40 years old. His hope was that others would learn from his journey.

"I thought to myself, this is an opportunity, right?" he said. "This is a chance to do things differently."

Even though the odds were stacked against him, Brace fought for every minute of life after his diagnosis.

With the help of his wife, Livia, he stopped eating processed foods, red meat, and cut sugar from his diet, replacing them with vegetables and whole grains. He exercised more and focused on the good.

During our conversations, Mark continually stressed that annual checkups should be a priority for everyone, especially when everything seems okay. His wife agreed that Mark would want his story told. 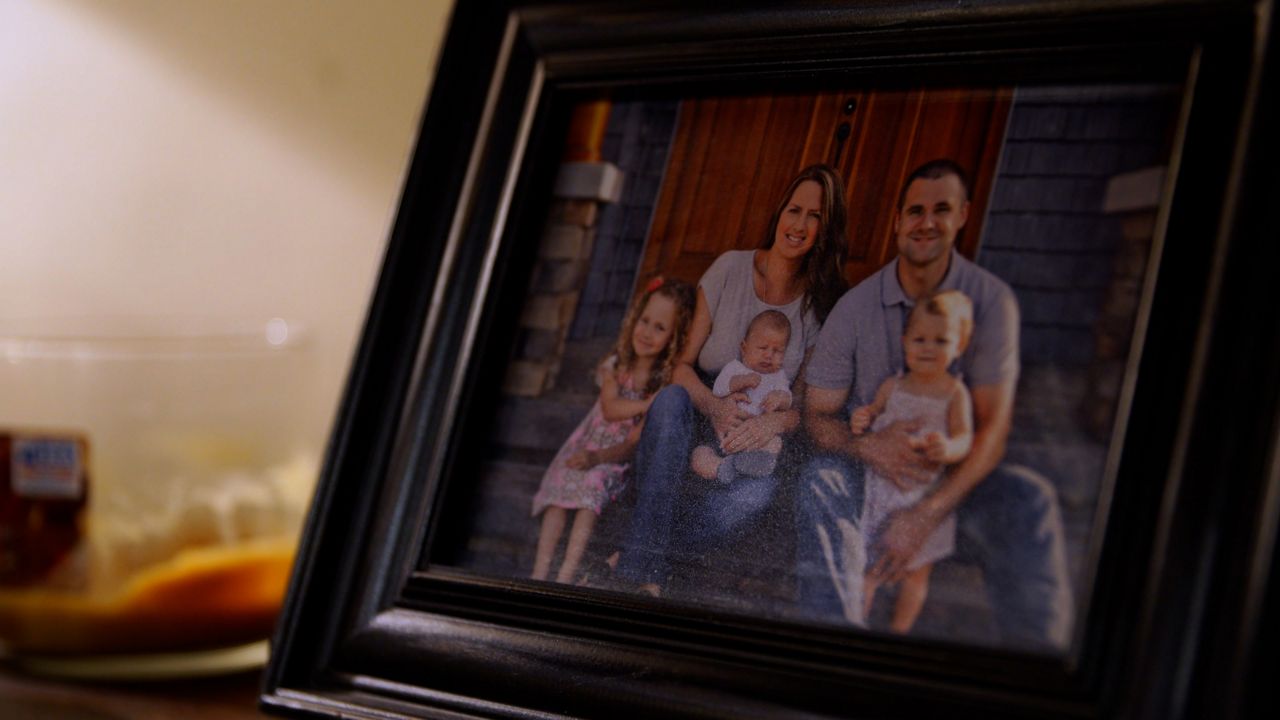 "I think it's incredibly important for us to get the word out that this is a problem. And there are ways to catch it,” said Brace. "Don't take any day for granted, for sure."

March is National Colorectal Cancer Awareness month.  According to the American Cancer Society, colorectal cancer is the third most common cancer diagnosed in both men and women in the United States (excluding skin cancers), and the third leading cause of cancer-related deaths in both men and in women.

The American Cancer Society recommends that regular testing and screening can help save your life.