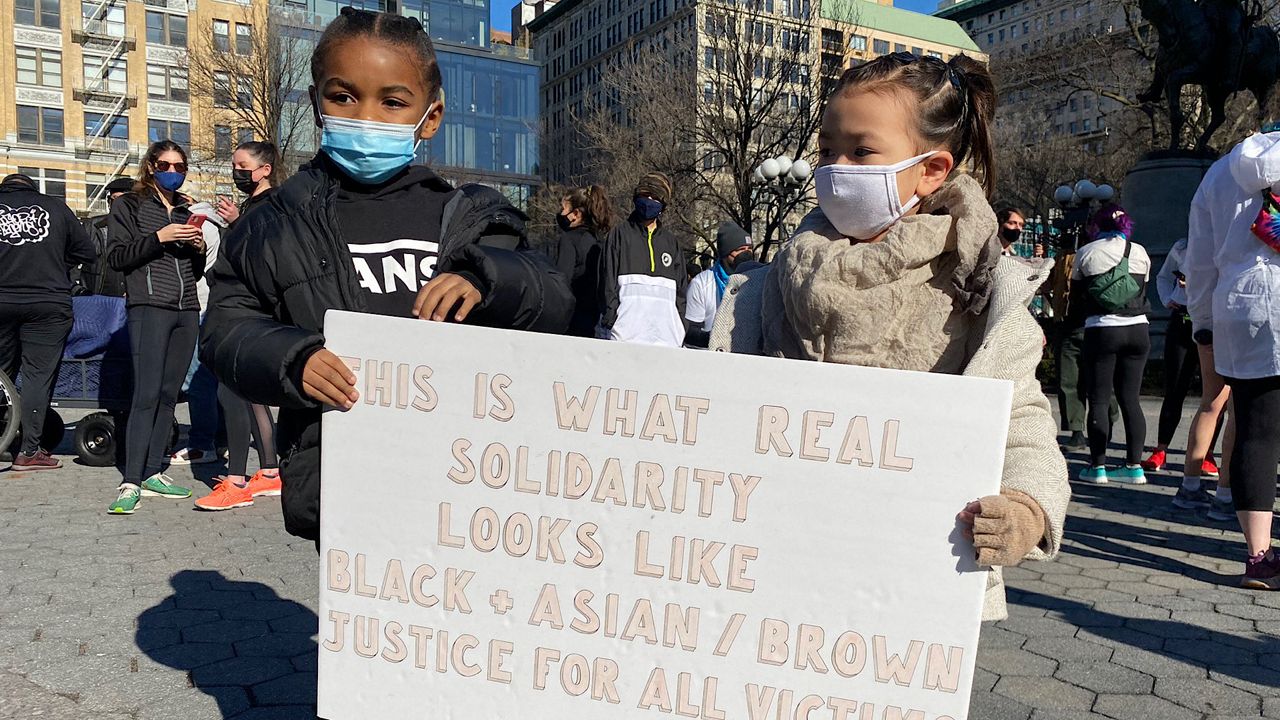 Hundreds Turn Out For Black and Asian Solidarity March

MANHATTAN — Hundreds of people of all different races and ages laced up their sneakers and gathered at Union Square on Sunday for the Black and Asian Solidarity 5K Run and Walk.

“The point is not one community versus another; the point is everybody versus racism,” said Kai Ng, a runner who came out for the event.

Every month, the group Running to Protest leads a 5k run. This month's focus was on the shared experience between the Black and Asian communities.

The crowd was so big most people were forced to walk.

Organizers and runners said the two communities have a history of clashing in the past, but are brought together by their common struggle of being profiled because of their race.

“When people attack each other or they speak negatively of each other, it is all based off stereotypes that we have heard, so we are trying to bring an understanding to us as a people," said Power Malu, one of the event’s organizers. "Looking into our inner mirror and finding out who we truly are, and I think this is the moment for us to do that and be able to get rid of the distractions and all the divisive tactics."

Before the run, dozens of people lined the steps at Union Square silently holding signs denouncing the rising hate and violence against Asian Americans.

The run was one of several events throughout the weekend calling for an end to xenophobia and anti-Asian racism.

“The bottom line is if you standby and let it happen to someone else and you say nothing, it is going to happen to you and you are a part of the problem, and I wanted to be a part of the solution,“ explained runner Naeemah Lamont.

According to the group Stop Asian American and Pacific Islander Hate, there have been more than 3,800 reported attacks against Asian Americans throughout the country in the last year.

“Having to look over our shoulder, you know and always be concerned or not about whether or not someone is coming to be hurtful. But that experience reminds me of the experience of Black and brown people every single day of having to navigate space and be more conscience of their identity,” said Jennifer Sun.