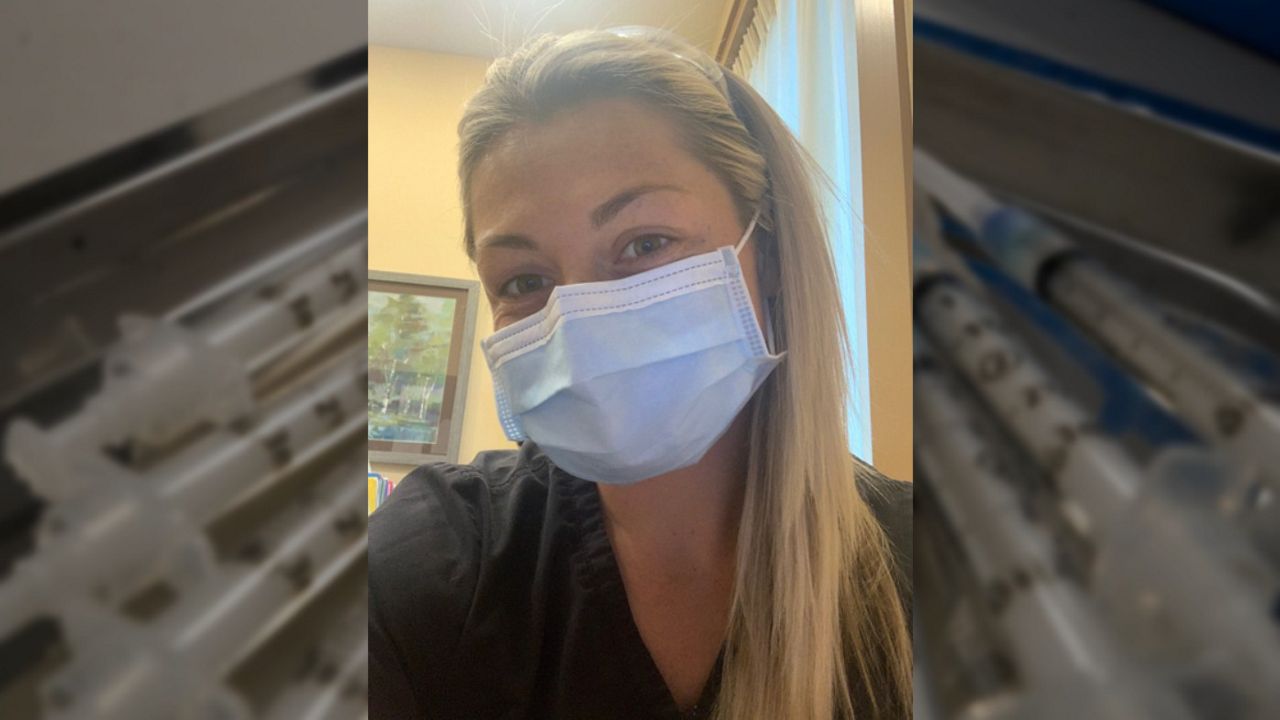 SAINT PETERSBURG, Fla. – What are being called "breakthrough" cases of COVID-19 are popping up across the U.S. They're people who test positive 14 days or more after receiving their last dose of the vaccine.

“It still is shocking that I’m positive. I have no symptoms," home health worker Hanna Rewerts said.

The 27-year-old's vaccination card shows she received her second dose of the Pfizer vaccine on January 12. She said she found out she was positive on March 18 from one of the routine tests she takes weekly for work. Believing it might be a false positive, Rewerts said she took a rapid test, which also came back positive.

She said her mother and two other family members – all fully vaccinated – also tested positive this week. They are experiencing symptoms.

“My biggest question right now is – is it still effective in my system?" Rewerts asked of the vaccine. Dr. Michael Teng, an associate professor of medicine in the University of South Florida's College of Medicine, said it would be very unlikely that immunity would have worn off already.

“When we have millions and millions of doses of the vaccine going out, there are always some rare cases where we see something that we don’t expect," Teng said.

He explained that vaccine trials based efficacy rates on symptomatic cases but didn't look for asymptomatic ones, like Rewerts's. Teng also said there aren't many vaccines in general that offer what's referred to as "sterilizing immunity," or complete protection against viral infection. Most work to build up the immune system against a disease so that the next time we encounter it, our bodies can quickly fight it off.

“People who are a little bit elderly, the whole point is to prevent people from going to the hospital, from dying from this virus," Teng said.

In addition to media reports of breakthrough cases in Florida outside Tampa Bay, the Minnesota Health Department released an advisory earlier this month saying it was investigating instances in that state. It's asking health care providers to report breakthrough cases so that it can look into them further, along with the Centers for Disease Control and Prevention. The Oregon Health Authority announced last month it was also investigating breakthrough cases.

"Such cases are not unexpected. Clinical trials of both vaccines presently in use included breakthrough cases," OHA wrote in a Facebook post made before the Johnson & Johnson vaccine became the third available option.

Rewerts is currently isolating. She said she was told by the health department that she can resume normal activities on March 25, as long as she's not experiencing symptoms.

“I think I’d just want people to continue to educate themselves about the vaccine and what’s best for them and their family. I still am happy that I got it, but I really would like there to be more research on the effectiveness," she said.

Studies are currently ongoing on the Pfizer, Moderna, and Johnson & Johnson vaccines.

“These things will happen, and they will happen at some rate. But just to reiterate, the vaccines are very effective at what they’re meant to do, which is to block symptomatic, and especially severe, COVID," Teng said.