Exclusive: Health Commissioner Says Variants and Vaccines Are in 'Tug of War'

Gov. Andrew Cuomo this week announced another exciting round of COVID-19 restrictions that will be lifted in the coming days.

While it is entirely possible to enjoy ball games outside and group exercise indoors safely, there is growing concern the loosening of restrictions is sending the signal that New York has finally emerged from the pandemic.

There are certainly reasons to be hopeful: Statewide positivity on Thursday dipped below 3%, and hospitalizations and deaths have also dropped considerably.

The problem is, there’s a different story in New York City, where positivity rates continue to hover around 5% in every borough except Manhattan. New York is one of several northeastern states where positive case counts per capita continue to rise, albeit more slowly than earlier in the year.

“We look at all of our indicators in concert: test, positivity, cases, hospitalizations, and deaths. The first two that I mentioned, we're not seeing major rises in them, but we're not seeing declines either. They're essentially plateauing. Hospitalizations and deaths are starting to decrease,” New York City Health Commissioner Dr. Dave Chokshi said in an exclusive interview. 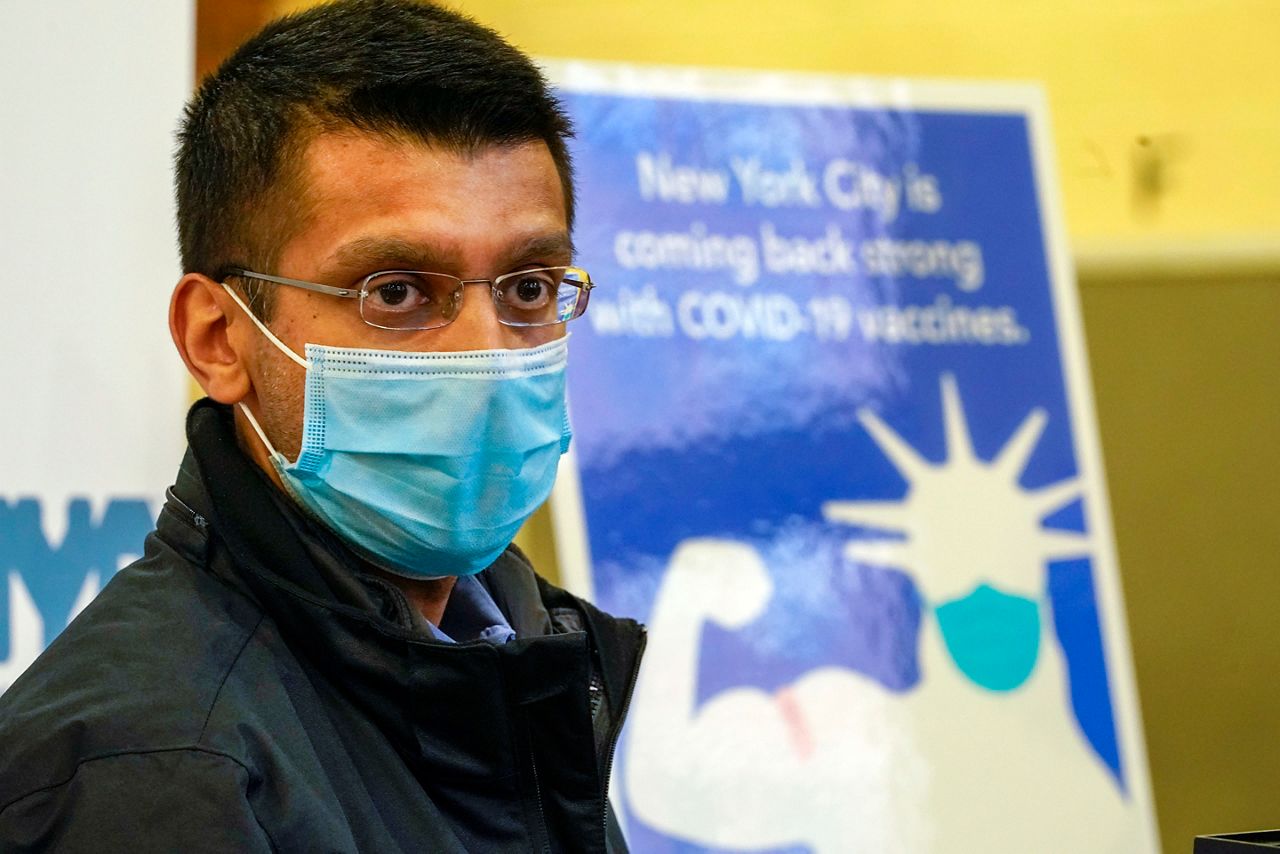 Chokshi says there is a tug of war going on. Cases have dropped because New Yorkers were vigilant with public health precautions, bringing the seven-day average of confirmed and probable new cases to 3,524, down from a January high of 6,435.

“On the one hand, we have all of the things we know work to curb the spread of COVID-19. The public health precautions, like wearing masks and distancing, getting tested, and isolating and quarantining when we need to, and now the best tool that we have in our arsenal, which is vaccination. So all of those things are having an effect,” said Chokshi. “That's particularly helping with respect to the decline in hospitalizations and deaths that we're seeing. On the other side of the equation, we have several things as well, one is the new variants of the virus, particularly here in New York City.”

Anna Bershteyn, PhD, is an assistant professor of public health and part of a team of infectious disease modelers at New York University’s Grossman School of Medicine. Bershteyn says the city is facing one of two scenarios. The first: It is likely entering a prolonged “shoulder” period, or plateau, as the variant discovered in the United Kingdom, B.1.1.7., continues to spread.

The second scenario is more complicated, in part because little is known about the variant quickly gaining ground, the one discovered in the city, B.1.526. It accounts for 45% of new cases. It’s also not clear whether there are other, more dangerous variants lurking about. Cases of the other troubling variants that were discovered in South Africa and Brazil are more rare in the city, but have been shown to reinfect people who’ve already had COVID-19. The vaccines offer some protection against them.

“The worst-case scenario is people who are only immune because of the virus and not because of having been vaccinated could easily become infected,” said Bershteyn. “We looked in our model as well at a scenario where the vaccines lose efficacy in the sense that you can get the virus and you can transmit the virus, but if you're vaccinated, you're still protected against hospitalization and against death. What we found was even in that case, we would see another surge from a variant with those properties right now.”

Bershteyn said this is because the virus may be able to transmit undetected in people who are vaccinated, with mild or no symptoms. “[The virus] is going to find the vaccination gaps. So this is really a note of caution for unvaccinated people to be really careful right now with these variants spreading.”

Chokshi said how New Yorkers behave over the next two weeks will help determine the future trajectory of the pandemic.

“It is a critical juncture for New York City. It's what I hope will be an inflection point where we can finally turn the corner on the pandemic. But in order to get there, we cannot throw caution to the wind. We have to maintain the things that we know have worked for us over the last few months. It's what I call the safe six: masking, distancing, washing your hands, staying home if you're not feeling well, getting tested, and getting vaccinated when it's your turn,” said Chokshi. 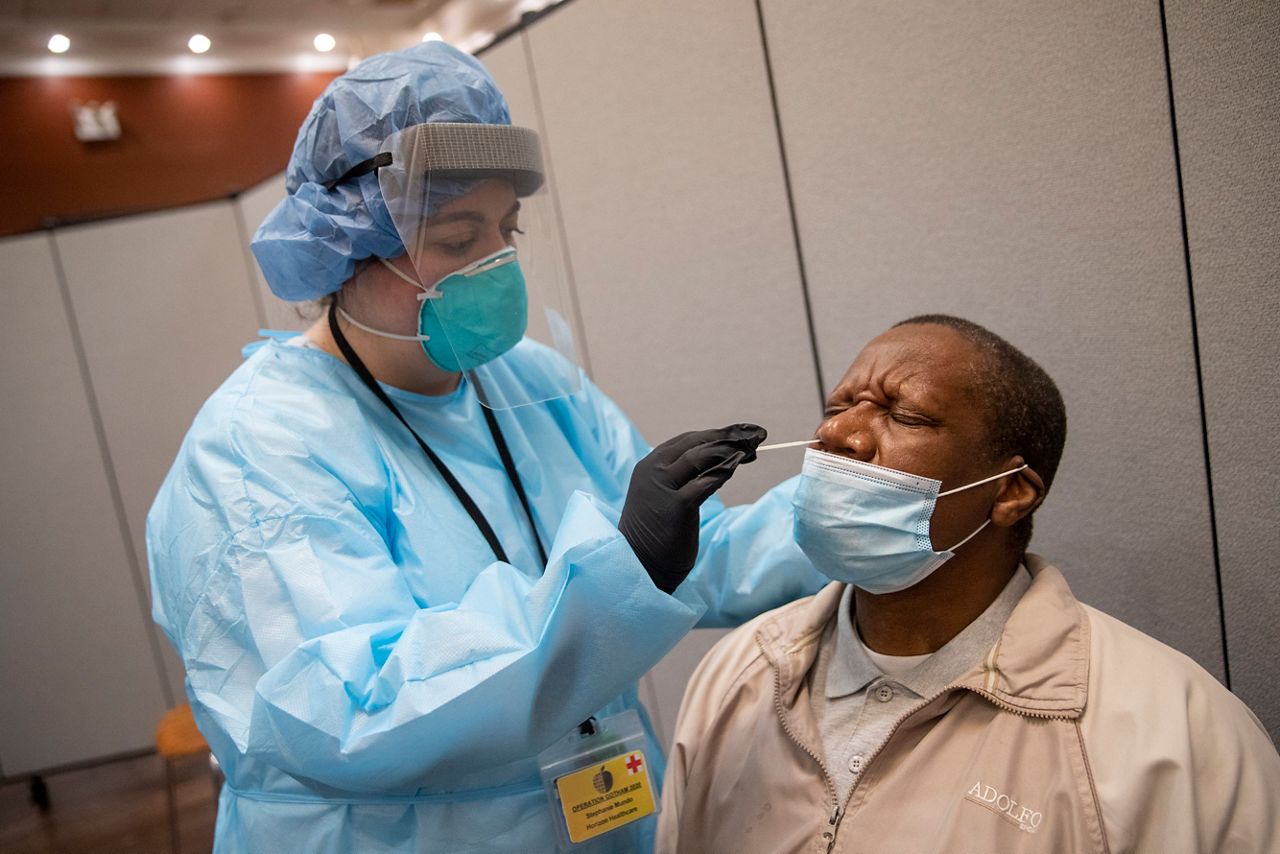 Another thing New Yorkers can do? Continue to get tested for coronavirus, as the newer variants can spread more easily. Chokshi says while testing levels are still pretty high in the city, the number of people going in for testing has dropped in recent days.

City labs have significantly increased genomic sequencing of coronavirus from a few hundred a week last year, to thousands of samples currently being sequenced each week. This allows health officials to monitor the spread of the different variants. Chokshi says by next week the labs will be churning out about 5,000 sequences a week.

“We're one of the few places around the country — I think maybe the only place — that is able to get a snapshot of what proportion of cases are associated with particular variants,” said Chokshi. “We announced last week that the majority of new cases are now linked to one of these new variants. And we are seeing that proportion increase over time, which is another reason that we're watching it very carefully and with some concern.”