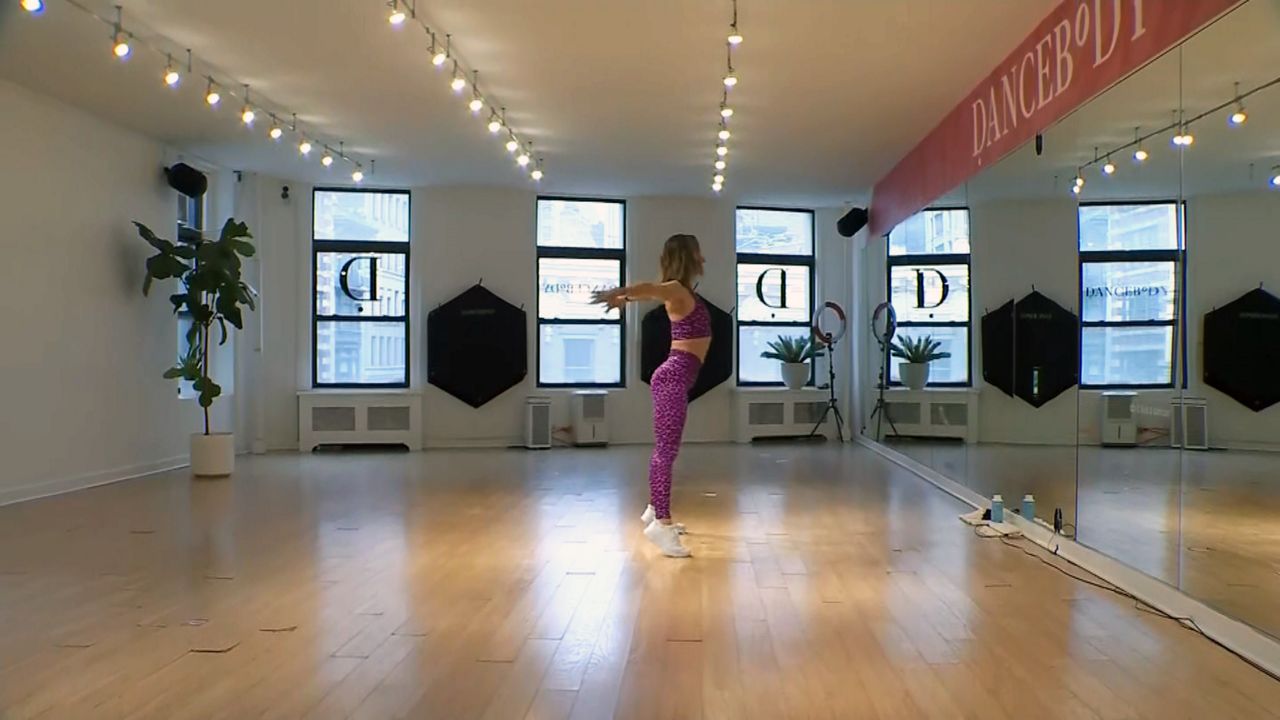 NEW YORK — Katia Pryce teaches live classes from one of her studios in Manhattan. She's the CEO of Dance Body, and she has not been able to teach an indoor group fitness class here in a year.

They held a rally at City Hall Tuesday, but the mayor expressed concerns during his daily briefing. Dr. Jay Varma said indoor fitness classes have been linked to COVID outbreaks around the world.

“And a lot of that has to do with people in close proximity breathing heavily and the likelihood that masks may fail because they get wet or because they come off,” said Varma.

Pryce says she can open safely at limited capacity. In the meantime, she’s expanded digital options, hosts outdoor classes when the weather permits, and does limited private sessions — but that come with challenges too.

“I danced on driveways, rooftops, alleyways, parks, like how are we supposed to do this? If you think about it, we used to charge $35 for one class.. our entire streaming platform was $35 a month. There’s no cost comparison,” said Pryce.

While the state allowed gyms to reopen— fitness classes are under the jurisdiction of local health authorities.

Just last month some group fitness studios filed a lawsuit against the city and state to reopen. It's unclear when the city will come up with a plan for reopening indoor fitness classes.

For more information on Dance Body you can visit dancebody.com or follow them and @katia_dancebody on Instagram.