Bernard Montpeirous misses his job of 23 years. The pandemic forced the Roosevelt Hotel to close, four years shy of its centennial. He was a doorman there.

“It just does something to you, a little bit emotional. I feel like crying,” Montpeirous explained to NY1. “Two revolving doors, two side doors here, 22 steps to take you up to our lobby. It’s the nicest lobby in Manhattan.”

The thousand-room Roosevelt was built to honor its namesake, President Teddy Roosevelt.

It’s where New York Governor Thomas Dewey watched vote tallies come in in 1948, when, despite what the papers read, he lost to President Harry Truman.

It was where Guy Lombardo led his band through Auld Lang Syne every New Year's Eve for decades starting in 1929, first on the radio and then on TV.

And it was the backdrop for a parade of movies from Wall Street to Maid in Manhattan and television shows that were shot here, too.

“We want to make it a landmark so they don’t tear it down,” said Montpeirous. 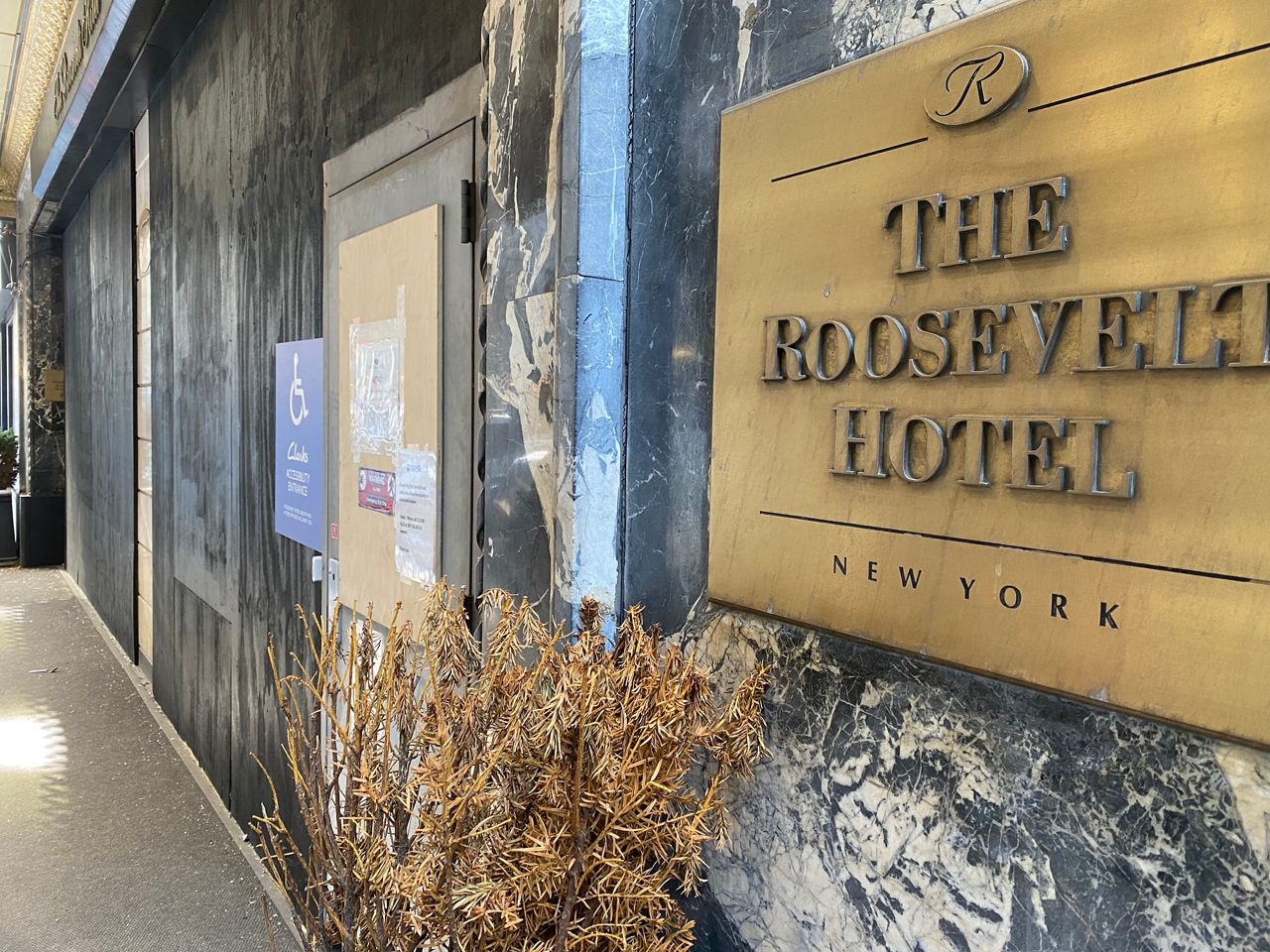 The outside of the historic Roosevelt Hotel, located at 45 East 45th Street in Midtown Manhattan, which closed its doors on December 18, 2020. Photo courtesy of Michael Herzenberg.

The Roosevelt is part of a sad honor roll of iconic businesses that were forced to close under of the weight of the pandemic, a lengthening list of restaurants, shops and hotels that helped to make New York, New York.

Among the businesses that have shuttered their doors include Nat Sherman’s, one of the first tobacco shops with in-store smoking lounges; the Paris Cafe, which opened at South Street Seaport in 1873; the Gem Spa, an East Village mainstay that called itself the birth place of the egg cream; Coogan's in Washington Heights; Riccardo’s by the bridge in Queens, the Danish Athletic Club in Bay Ridge, open since the 1940s — all of them neighborhood fixtures.

Also shutting its doors was Century 21, of the the last New York department store chains, which grew from an outpost in Bay Ridge into a beloved regional retailer. It went bankrupt in September, but vowed in February to make a comeback.

“If Century 21 can rebuild, great. I don’t see a lot of these places coming back,” said history professor Ian Reifowitz.

Reifowitz says the pandemic changed the city’s evolution into a revolution, wiping away beloved businesses.

“This city’s always changing on the one hand. right, but clearly, the pandemic has accelerated the pace of change and has destroyed so many of these landmarks that you’ve been talking about, and it will change the character of the city,” he said.

“It’s sad, Mike,” Montpeirous explained to NY1 reporter Michael Herzenberg. “It used to be so busy over here, nonstop.” 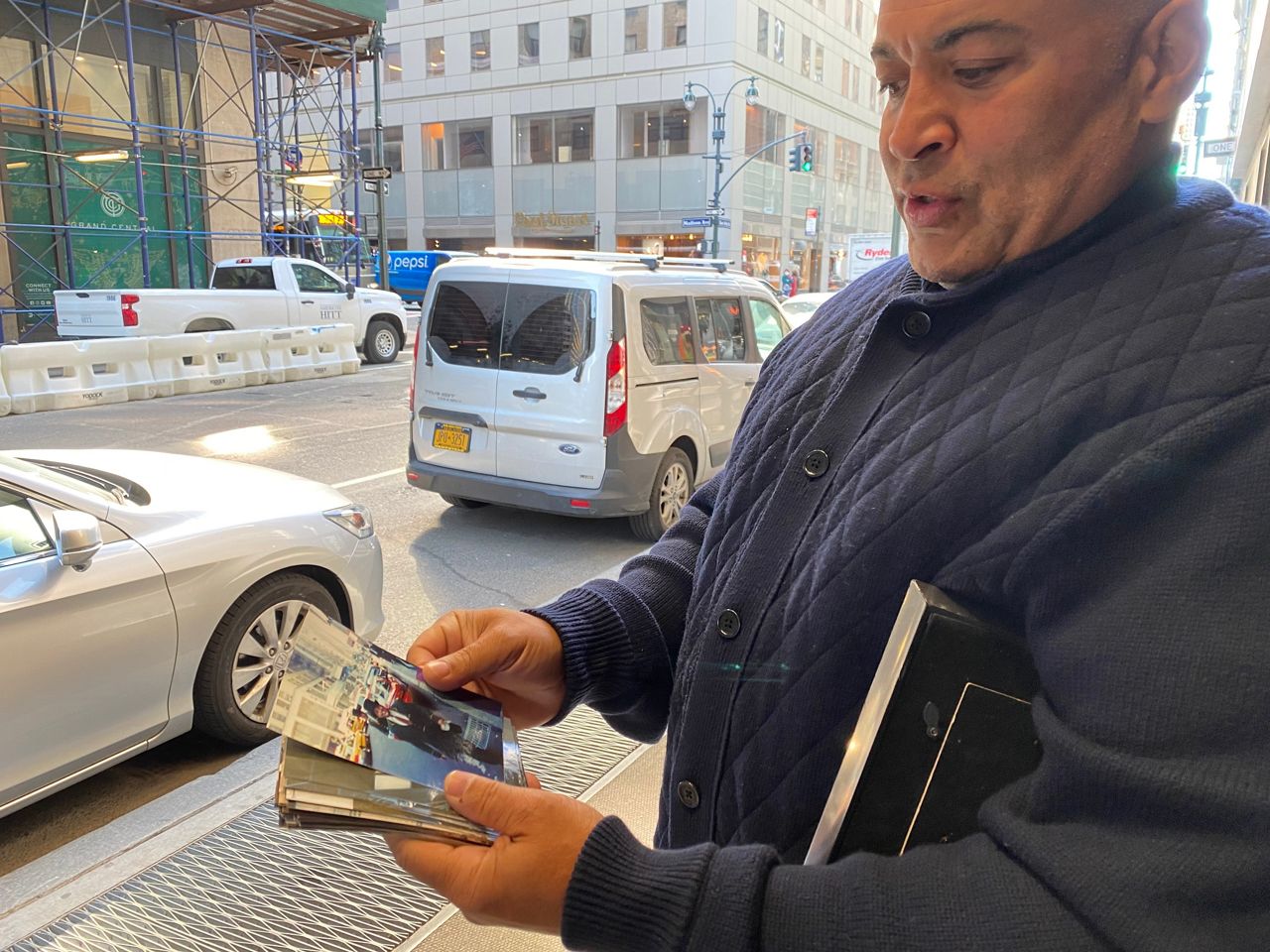 Bernard Montpeirous showing pictures from his time as a doorman at the Roosevelt Hotel. Photo courtesy of Michael Herzenberg.

Back in Midtown, Bernard Montpeirous doesn't see how any business could survive right now.

“This was one of the busiest hotels,” he said wistfully.

Montpeirous says when tourists do come back, he’ll start looking for a job again, doing the only thing he wants to do.

“Gonna be back on the door," he said. "God willing. I'll be right here, right here at the Roosevelt because that’s my dream.”

Montpeirous is hoping the Roosevelt stages a comeback of its own.